After having been running this site for over eight years, a few yearly traditions become somewhat predictable and make it relatively easy for me to think of the next article(s) for publication on the content calendar. Looking back, it fills me with a tremendous sense of pride to see that this is now the fifth year in which I will be setting poker goals for myself. Why do they matter? Well, part of the reason stems from the fact that they’re GOALS, not RESOLUTIONS. How cliche has it become to make resolutions for a New Year but then quickly forget about them? Goals, on the other hand, are concrete aims to strive for and try to hit, PLUS by making them public it increases my “accountability.” I can say with 100% certainty that it’s specifically because I’ve set goals for myself each year, that I’ve gotten WAY more accomplished than had I just said “I want to do try and do more of this, less of that.” 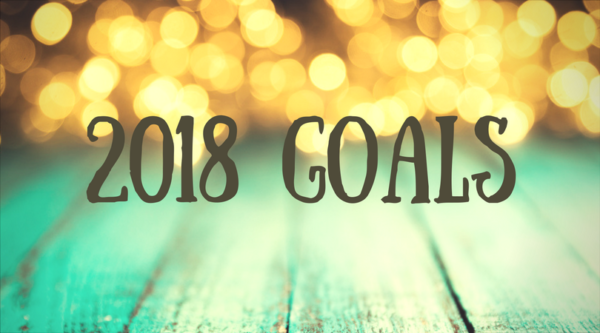 As predictable as publishing a new list of yearly goals might be, however, that doesn’t make it any easier to compile the list itself. When I first started compiling these lists, they had 10 goals on them. Over the past couple of years, that “shrunk” to five or six goals. It’s not that that indicates less ambition, just “where I was at” on New Year’s Day each year over the past half decade. I didn’t always hit all of the targets I set for myself, but overall my efforts certainly were not made in vain and, as mentioned, I got a lot more done than I could’ve hoped to had I not set the goals in the first place.

That, then, is another hope I have for this annual list of poker goals. While they’re all obviously geared towards me personally, I hope that some of you reading this might perhaps be inspired to set some poker goals of your own. No matter how few, no matter how modest, from my experience at least, it’s always worth giving it a try.

The last time I went busto (i.e., lost my entire poker bankroll), it was a poker mistake that took me two years to correct. I started “officially” rebuilding my bankroll in February 2014 and thankfully have never had to look back. I know for a fact that I’m a winning player because I for close to four years now I have an envelope full of cash to prove it. Sure, I’ve lost many times over the past four years, but the losses have always been smaller than the wins. But how much do I win on average in winning sessions? How much do I lose on average during losing sessions? How many times a year do I play?

Unfortunately, I can’t answer those questions precisely because I haven’t taken proper notes. That’s going to change from now on. Whether I decide to use the Poker Notes Live app for this or just a plain old pen and paper, it’s time to start properly documenting my ups and downs at the tables.

I may have published a number of poker course reviews on this site over the years, but I haven’t actually taken said courses. I always say that I don’t have the time. That IS true, but it’s only because I don’t make the time for it. Just to change things up a little, I think it’s time I actually invest a little bit more effort in learning and upping my game.

The good folks at Upswing Poker have just announced the release of a brand new mixed games course. I’ve always loved mixed games and since the weekly home game I play in is Dealer’s Choice it seems like a natural fit. 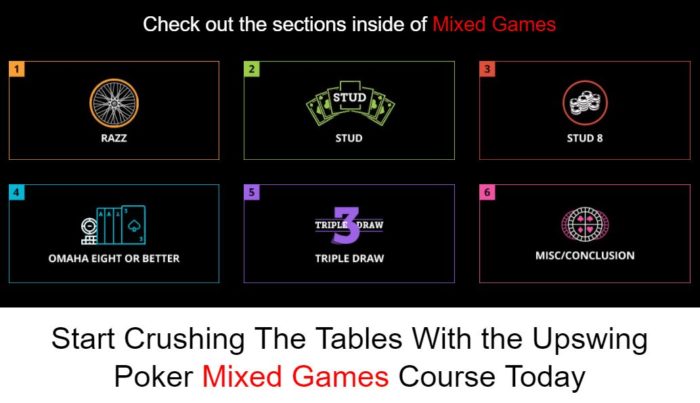 For the first time in 15 years of playing home games, I finally took a shot at playing for higher stakes last week.

In 15 years of playing home game poker, I’ve never “taken a shot” at higher stakes. Tonight, I finally did. Was very strange to be somewhat out of my comfort zone. Heck of a ride that was… pic.twitter.com/FTHmeZd7tU

I always play in games with stakes of 1/2 NIS, and last week’s game was 5/5 NIS (it’s about 3.5 NIS to $1). While I was properly bankrolled for the game, have certainly played plenty of $1/$2 before in poker rooms abroad, and didn’t bring more than I felt comfortable losing to the table, I have to admit I had the jitters throughout the cash game session.

Driving home from the game, I started to come to my senses a bit and realize that my worries were misplaced. I wasn’t outclassed and I had played my A-game throughout. That my bankroll is smaller those of the other players is immaterial – after all, you can only win/lose what’s on the table. That I only won 25 NIS was very much due to (an 80 NIS cover charge) and good old PLO variance (quite literally, one pot where I got sucked out on by a rivered straight flush vs. my made top boat on the turn made all the difference between where I ended up versus being up close to 1,000 NIS – or more!).

In short, the only thing I have to fear is fear itself. Here’s to more shot-taking!

This one is pretty straightforward, and I’m setting a very realistic goal. I’ll be making two notable changes to the charity events I run:

If you happen to be visiting Israel at some point, let me know; so long as I’m running a charity poker event, Cardplayer Lifestyle readers will always be welcome.

5. Put Together a “WSOP Package” for the First Time

Selling at 1.8 markup of course

I’ve attended the WSOP for the last two years and am already looking forward to my third, this summer. While I’m of course on site to work, I also enjoy a good deal of poker play. Except for once, however, I’ve never really partaken in any tournaments around the city. I’d like for that to change; after all, you only live once, right? 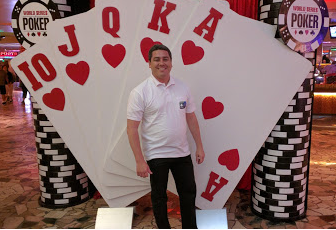 I don’t intend to play any WSOP events (except MAYBE the $1,500 Dealer’s Choice Event, if I’m in Las Vegas when it starts on June 4th), but there are a number of Mixed Game and other smaller buy-in non-Hold’em tournaments running concurrently to the WSOP that very much appeal to me.

Once I know when I’ll be in Las Vegas and see when said tournaments are running, I’m going to put together a schedule, see how much of my bankroll I’m willing to commit, and start selling pieces of my action to friends (at cost, of course).

All work and no play makes Robbie a dull poker storyteller. Let’s have some fun! 🙂

Though I live just a three-hour flight away from much of Europe, I haven’t really “taken advantage” of that proximity too much as far as making it out to poker events there. A number of great companies regularly run series in Europe and it would be fun and interesting to show up and do a little bit of on-site coverage, meet new people (on the player and operator side), and just plain see and explore some new places. 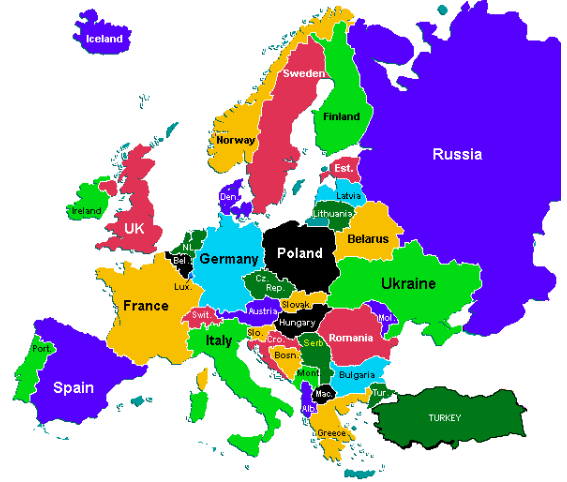 I’ve been a winner at poker for most of my life. Again, as mentioned above, I’ve got that envelope full of cash (a healthy bankroll) to prove it. But I ALWAYS lose when playing poker in Vegas (not every session, of course, but overall). Each time I’ve gone busto and lost my bankroll, it’s because I lost the money playing in Las Vegas. It’s incredibly disheartening.

But this is the summer that that changes. No more building up only to get knocked down and then out. No more flying in with a full wallet and leaving with an empty one!

It’s almost incomprehensible to me that I can be a winning player all year round, pretty much anywhere in the world, but Las Vegas cash games hang over my head like a cloud.

To ensure I meet this goal, I MUST:

Last year I completed my Running Well #charitypoker1000km challenge, donating $1,000 to Kids Kicking Cancer in the process. While I pledged $1 per km to charity, a number of generous people were kind enough to show their support for the cause, offering up pledges of anywhere between 9 to 50 cents per kilometer. Altogether, we ended up raising $3,600 for a wonderful organization.

This year, I’ve decided to repeat the challenge. There will be a new beneficiary, Save a Child’s Heart, but my individual goal is the same: pledging $1 per kilometer to the charity while pounding my way to 1,000km for the year.

To “up the ante”, I’ve taken it upon myself to work extra hard to find additional sponsors, with a goal of raising a total of $10,000 by the end of the year.

Running to support @SACHtweets and have pledged $1 per km.

Thanks @RunItOnce for the matching $1 per km pledge!

To that end, it gives me great joy to be starting out the year with Run It Once, the world’s leading poker strategy community, pledging to match my $1 per km donation.

I first tried making this a goal back in 2014, and even then I wrote “For a couple years now I’ve been toying around with the idea of writing a poker book. I’ve got my title, topic, target audience, and points for many of the chapters.”

Unfortunately, that’s still where I’m at. 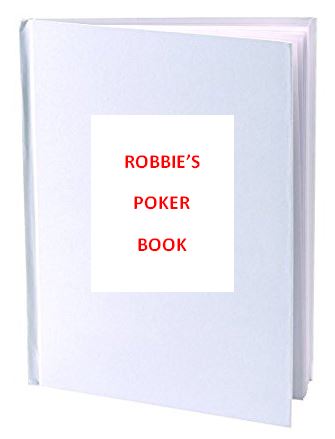 I realize that it would just be a shame to once again be in exactly the same spot when 2019 rolls around. So, this is the year where I dedicate concrete amounts of time to actually putting pen to paper (fingers to keyboard?) and starting to write out the content based on my outlined points.

I don’t aim to complete the book; it’s sort of an ongoing project of sorts, but I want to be at a point where I can look back with pride on December 31 of this year and say “way to go, Robbie – you’ve got a good amount of material ready; it’s no longer a “fantasy project,” it’s real.

Someone who I’ve come to love and respect very much gave me that little piece of “advice,” so it will officially be one of my goals for 2018.

When things start going well for you in business, it’s only natural to foster ever greater ambitions of success. Bigger, better, more growth – all of that makes logical sense. You’ve got to always have big plans if you harbor dreams of “making it big.”

But at the same time, it’s important to stay grounded and level-headed. Don’t forget what it was that brought you to the point you’re at. What has worked for you until now works for a good reason. Keep on doing that and hopefully good things will keep on happening. At least, that’s my hope… and my goal.

Thanks, Bradley! Always great to have your support! Much appreciated, buddy.