A Triumphant Return to the Rio

On your first day of high school, you walk in all doe-eyed. Everything is new. Everything is scary. Everyone seems to know what they’re doing, where they’re going. You’re lost, overwhelmed, anxious… but excited; new adventures await. Over the course of your freshman year you learn a ton; not only what you’re being taught in the classroom, but also about how to handle yourself amongst the rest of the student body wandering the hallways. You meet tons of new people, from classmates to teachers to school administrators. Slowly, but surely, their faces start to become more familiar, as does yours to them.

People you hadn’t known just a short while before start recognizing you and calling your name as you walk from one class to the next. Your mind starts mapping things out until you’ve eventually mastered where everything is on site, your classrooms, the cafeteria, the sports facilities. By the time the school year ends, you feel confident and self-assured. You know your place and will be ready to continue for another year after the summer break, perhaps even looking forward to it. Sooner than you know it, you check the calendar to see that the beginning of your sophomore year is just a few days away… and you smile knowingly; from now on you’ll be a veteran.

Last summer, I had the chance to attend the World Series of Poker for the first time. The experience was the culmination of dreams 13 years in the making. Finally, I had reached my destination. A couple weeks after that trip ended, I reflected in my recap post that I had “let the experiences come to me”. I arrived doe-eyed and starstruck, quite simply overwhelmed, without any sort of real “plan”. There was so much I had to learn, so many people to meet; everyone and everything seemed to be moving in a chaotic rhythm, while I was just trying to keep in step and learn the ropes. I treated it as a once-in-a-lifetime experience and relished every moment, recording as much as I could and compiling the footage into a video blog that I could share with all of you and that would forever accompany my memories:

While I’ve told many stories from last summer in these pages, there’s one in particular that I’ve repeatedly promised myself and others I would tell, but haven’t until now. Over the course of my first WSOP sojourn, I had the privilege of dining out with three poker legends, Nolan Dalla, Jan Fisher, and Linda Johnson. I had initially forged a relationship with all three of them over the preceding couple of years via social media and knew that meeting them in person would be a huge highlight of my trip. Freshman that I was, the WSOP was their common alma mater, and each of them had graduated with honors.

I felt that there were two Robbie Strazynskis at that dinner; the one actually sitting, eating, and talking with Jan, Nolan, Linda, and Linda’s boyfriend, Jack, and the one watching the night unfold in pure disbelief that it was, in fact, actually happening. I had gone in as an unabashed fanboy just wishing to somehow absorb their combined poker experiences through osmosis, and would’ve been content just to listen to them talk all night. Yet, for some strange reason they seemed more interested in me, the newbie from Israel, and hearing what I had to say. Suffice it to say that I will cherish our amazing conversations forever. However virtually “connected” people might be with one another via email, texting, Twitter, and Facebook, it’s the in-person encounters upon which life’s truly meaningful relationships are built. 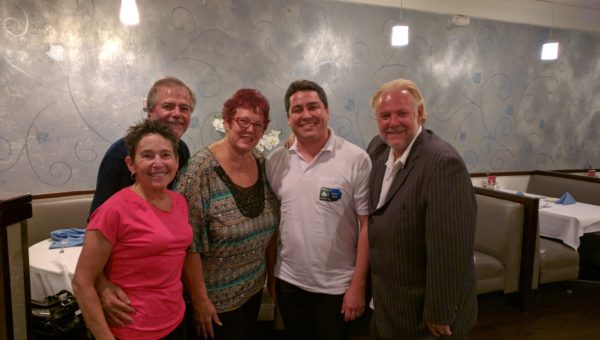 There was one moment, in particular, that in retrospect I remember almost verbatim. My phone rang and it was my wife, Miriam, calling from back home in Israel. I placed her on speakerphone and mentioned that I was in the midst of a dinner date. She sent regards, which were returned in kind…. and then followed up with Linda, Nolan, and Jan in unison loudly saying “make sure Robbie comes back again next year!” We all laughed, but I know that both Miriam and I were thinking “yeah, right… maybe in another 13 years or so…”

My, how things change.

Dreams Come True, If You Work Towards Them

A couple months ago, my dream of starting to do poker media work full-time came true. Even so, it’s not as though the aim was ever to rest on my laurels once that happened. I’m all-too-aware that sustained effort and continued passion is the key to hopefully turning this “dream job” into a lifelong reality past the initial “trial year”. Part of that necessitates being “where the action is” come WSOP time, so… and I still can’t believe I get to say this: I’LL BE BACK AT THE RIO THIS SUMMER! 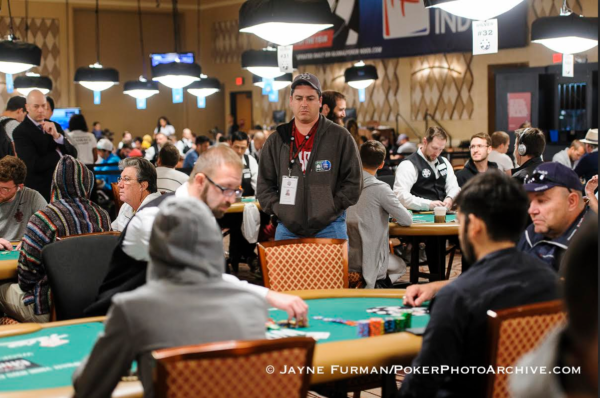 I imagine that for a lot of people getting to attend and take part in the World Series of Poker festivities isn’t “too” big a deal. If you’re single, you can just decide to get up and go. If you live in the States, Vegas isn’t too far away or too expensive to decide to head there for a weekend or two during the summer. Well, let’s just say that when planning a WSOP trip involves international flights halfway around the world and leaving your family for a couple weeks, it’s certainly a VERY BIG DEAL!

With every adventure comes some sacrifice, so I want to use this platform to publicly thank Miriam for being willing to “back me” on this. Unseen to the eyes of the poker world in Las Vegas will be an awesome, loving woman holding down the proverbial fort and watching over my three children back home in Israel. Thanks, honey, for understanding that this is something I need to be investing my time and effort, as well as our money, in. I promise to do my best and make you proud!

What Will I Be Up To During My WSOP Trip?

I already have some great ideas for articles that I want to write and videos I want to film. Many of those ideas won’t necessarily be limited to happenings at the WSOP either; Las Vegas is a big city and there’s lots of other poker going on there over the summer. In other words, plenty of great stories can be found outside the walls of the Rio as well. I hope to bring some of them to you in these pages. 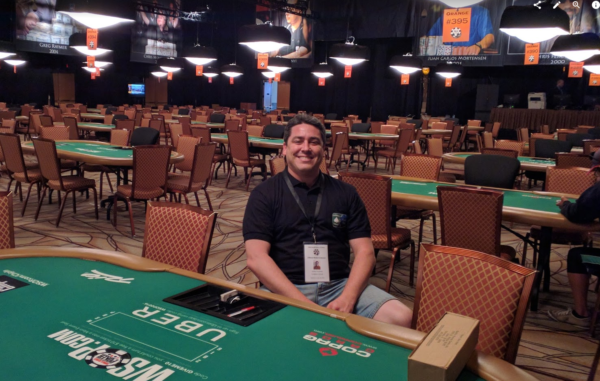 Of course, I can’t possibly be in Las Vegas without also playing some poker as well. I’ve put together a list of some great low buy-in mixed game tournaments happening around town and hope to play in a couple of them. Moreover, as far as cash games go, I would LOVE to take part in a $4/8 dealer’s choice mixed game as often as we can possibly get one running. If you’ll be in Vegas and are interested, be in touch via email or Twitter. We’ll make it happen!

Finally, if you’re a fan or supporter of the Cardplayer Lifestyle poker blog and see me walking around or sitting at the tables during WSOP time, please come introduce yourself. I’d love to meet you! I might even have a small gift as well to thank you for being a fan! J

Having this opportunity, anytime, is something I will never take for granted. Last year, I arrived at the WSOP all doe-eyed, excited beyond belief but not knowing what to expect. This time around, I’m a veteran; I now know how to conduct myself while walking through the WSOP’s hallowed halls. I’ll be just as excited as the first time around, but this time I’ll arrive with a knowing smile with plans to make the most of every moment. From now on, I’ve actually got a goal, namely to try and ensure that Nolan, Jan, and Linda’s words will forever ring true: make sure Robbie comes back again next year! 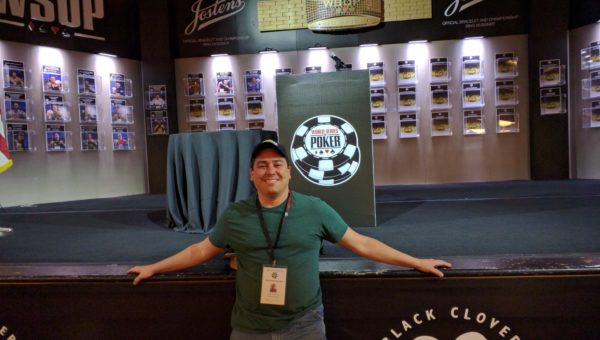