My Big Poker Mistake That Took Two Years to Correct 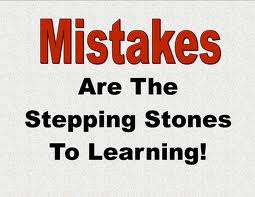 As regular readers of Cardplayer Lifestyle know, I live in Israel. We have no casinos here and no live poker rooms. That means I mainly play poker in home games, with “real” live poker reserved for when I take trips abroad, usually to the United States. Stakes-wise, I play 1/2, the basic “low level” of stakes all over the world. But here in Israel, that means 1/2 New Israeli Shekels. In dollar terms, that translates to a little less than $.25/$.50. My typical range of wins and losses for a session are somewhere around the $50–$75 range. Of course we all play to win in the home games, but at its core it’s a lot more about playing for fun.

For years now, I’ve always kept my live poker bankroll separate from my regular income stream. That’s been possible because I’m a winning player overall. Losing recreational players have budgets; winning recreational players have bankrolls. At stakes as low as $.25/$.50 it’s certainly possible to build up a nice nut over time, but it’s plenty tough. Moreover, that difficulty is compounded by the fact that, as a recreational player, my poker time is usually limited to sessions of about 4–6 hours once a week. I’m a family man, married +3 with a full-time job. In other words, to put together any sort of “serious money” for a poker bankroll is a long, tough slog.

Considering that $1/$2 is actually a step up for me stakes-wise, I often end up taking a sizable portion of my bankroll with me to play on trips abroad so that I’m properly equipped.

What Happens in Vegas…

Almost two years ago, I wrote a blog post called Driving Along the Poker Highway. I was in the midst of a solo trip to the States and was preparing to spend four glorious days in Las Vegas. It was my first time back there in seven years; to say that I was excited would be a tremendous understatement. I intended to basically live, eat, and breathe poker for those four days – and boy did I ever do just that! Of the 96 hours I was in Vegas, I probably played poker for close to 80 of them. You only live once, right? 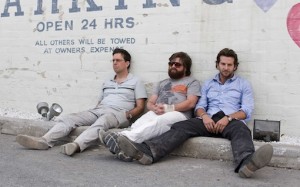 The initial problem was that the cards didn’t fall my way, which of course happens. The much bigger problem was that I was losing more per session than I was accustomed to in multiple typical home game sessions. After my first three 8-hour sessions were losers, it really dealt me a heavy psychological blow and I was thrown off my A-game, never to return to it. I just wasn’t mentally prepared for that type of negative variance over such a short amount of time.

Sadly, I didn’t have the self-control to stop playing. Specifically because of the rarity of the situation and circumstances (alone, in Vegas, on vacation), my love for playing poker, and just plain wanting to get unstuck, I kept on going without really taking a break.

By the end of my third day there I had exhausted my entire bankroll, which had been built up slowly and painstakingly, one 4–6 hour weekly home game session at a time, over the course of just under two years.

But I still had 24 hours in Vegas. So I kept on playing.

That was the BIG poker mistake.

A mere 24 hours later, leaving Las Vegas, I found myself in a pretty gigantic hole – by my regular stakes and bankroll standards anyway – let’s just say it was a bit too far into the negative four-figure dollar range for my comfort.

The money I played poker with on that fourth day in Vegas came from my personal funds; i.e., not my bankroll. In other words, if I lost I’d have to first “pay myself back” before re-starting the bankroll again. 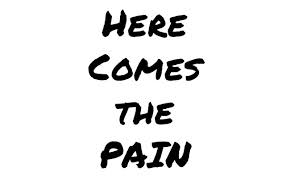 I’d gone busto before (who hasn’t?), but had never been in the hole anywhere near to the extent of what happened on that fourth day. Only on the very long and lonely drive back to Los Angeles did I realize how ridiculously difficult it would be to climb out of the hole I’d dug myself into.

In poker there are no shortcuts. I couldn’t write off the loss to my personal funds. I knew that the only way I could “pay myself back” was via poker play, 4–6 hours at a time, at my weekly low-stakes home games. That thought was terrifying. I should note, however, that all of these emotions were 100% limited to my poker play and didn’t affect me outside of sitting at the table.

Anyhow, for months, all I could think of each time I sat to play at my home games was “I have to win and no matter how much I win it won’t be enough to cover what I lost.” After a winning weekly session I felt a little relief, not the usual pleasure I had felt in winning sessions prior to Vegas. After each losing session I felt intense despair; that I’d just never make it back to poker profitability or be able to effectively rebuild my lost bankroll.

Help Arrives to Identify and Fix My Main Poker Problem

I’ve essentially been living in poker hell ever since that fateful fourth day in Vegas. Over a year went by where I was pretty much unable to make a dent in my “personal poker debt”. Put simply, there’s a reason “losing your bankroll” landed as #1 on my list of the Top 10 Most Frustrating Things in Poker.

In May of last year, however, some incredible help came along in the form of Jared Tendler and Barry Carter‘s The Mental Game of Poker. It ended up being the best poker book I’ve ever read. Go ahead and click that link to read the review I gave it. Without exaggerating, that book simply revolutionized the way I looked at poker (and life!). I cannot recommend it highly enough!

Reassessing and focusing solely on my mental game at and away from the poker table enabled me to right the ship and sail towards psychologically calm waters. Rather than focusing on the negative, the sheer amount of money I had to make up, and my severely limited time to actually play and win the money back each week, I just focused on all the positives – my love for the game, my desire to play well, and each session of poker play for its own merits and enjoyment.

When I traveled to New York a couple months ago, one of the highlights of my trip was meeting Jared Tendler in person, where I was able to thank him for everything his book had done for me. He was kind enough to give me a couple tips and reinforce the central messages of the book, which enabled me to deal with the small loss and big heartbreak I had in Atlantic City.

Slowly but surely, week after week, with some ups and some downs, I’ve been chipping away at my “poker debt”. Since fixing the leaks in my mental game, I’ve essentially been able to alleviate all psychological poker pain of my Las Vegas losses. The memory is of course still there, but it no longer haunts me each time I sit down to play poker. I’ve got my A-game back. 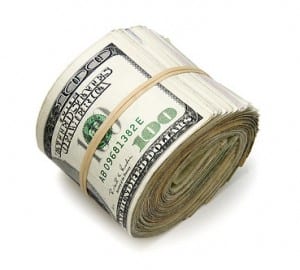 Last night I played poker… and I won. Perhaps poetically, I won exactly the amount remaining to pay myself back, right down to the final shekel.

Finally, after almost two years, I’ve “atoned” for my mistake. I’ve paid myself back in more than just money. I’ve learned a huge poker lesson and I’m a better player for it with a rock solid mental game. It’s time to start over again and I’ve never felt better.