Writer’s block isn’t supposed to happen for a post like this. One would think that it ought to be easy to have the sitzfleisch and jot down a few words to mark the anniversary of a momentous occasion. Yet, for some reason, I’m not only a day late, but here I am sitting at my computer at 9:30pm after an entire day unsuccessfully trying to get started. Finally, I think I’ve found some words that make sense. In all likelihood, it’ll be another good hour or so – who am I kidding; probably two or more – until I’m done and can finally click Publish, after which I’ll congratulate myself. It won’t be a pat on the back because I deserve anything special; whoop dee do, I published another blog post – rather just acknowledgement of the good feeling I’ll have for having salvaged a day from being completely wasted. Notching another small victory for effort, perseverance, and productivity. In a way, perhaps, that’s sort of been the story of Cardplayer Lifestyle.

Yesterday marked the eighth anniversary of this site’s founding. 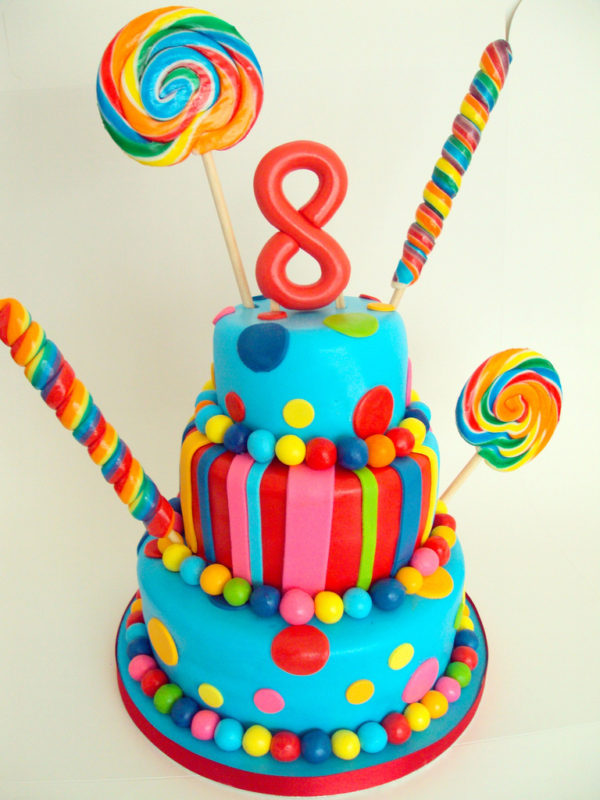 In the past when I’ve published anniversary blog posts, sure they’ve been celebratory, but they’re never meant to be braggadocious. I hope this missive will end up striking that same tone. There’s no fault in celebrating milestones, but it’s best done with humility.

In last year’s anniversary post, I primarily reflected on the prior year as the “year of finally.” Indeed, it was so incredibly sweet to have finally gotten to do a little bit of traveling and take part in some of the most prestigious poker events around the world, as well as to meet so many wonderful people with whom I had up until that point only had online relationships.

So, how do you move on after a year of “finally?” How do you set higher goals for yourself? Well, experience (and by that, I mean reading a hell of a lot, watching some truly inspiring videos, and having the good fortune to speak with some very special and accomplished people) has taught me that the way forward lies in challenging yourself to dream of ever more impossible things. To accomplish what one considers to be impossible, you’ve got to not only dream big but also “act big.” You’ve got to take risks, leaps of faith, and step outside your comfort zone. You’ve got to think outside the box and challenge yourself, like this: “Robbie, if you’ve managed to get this far doing all the poker stuff as an extracurricular activity on nights and weekends, just imagine the possibilities if you were to give it a shot full-time!”

Some kind of huge personal news: I’ve quit my job and am starting to do poker media work full-time (article + video) https://t.co/vIUosGCmfO

When I jumped off that diving board back in March, I really didn’t know what to expect. Perhaps the intelligent thing would’ve been not to only have goals but to also have had a plan. Since that moment, I’ve tried to make lots of plans; some have worked out while others haven’t. Rather than obsess over planning too much, however, I’ve ended up taking the sage advice of someone with a lot more life experience and poker experience than I have: “Keep doing what you’re doing. You’ll see that amazing things will happen.” How? I didn’t know when I heard that advice and I still don’t know. Yet, somehow, some incredible things have happened over this past year:

Telling My Story In Real Life

Another awesome opportunity I had over this past year manifested itself in the form of a speaking engagement. For the first time in my life, I was invited to get up and “just talk” in front of a crowd. I’d promised a special group of gentlemen that I’d eventually do a write-up of it, so this is somewhat long overdue, but finally an appropriate time and place to do so.

Scores of dedicated Las Vegas poker enthusiasts have met each and every week for upwards of 13 years to discuss all things poker-related. From hand breakdowns to sticky situations at the table to honing tried and tested techniques, if you want to talk and hear about poker in Las Vegas, the Wednesday Poker Discussion Group (WPDG) meets at Ricardo’s at 3pm every Wednesday afternoon. Every so often, they invite a guest speaker to address the group. Big names, legends, and Poker Hall of Famers such as Linda Johnson, Daniel Negreanu, and Mike Sexton, among countless others, have addressed the group over the years… and for some inexplicable reason they saw fit to invite me to join that illustrious list. 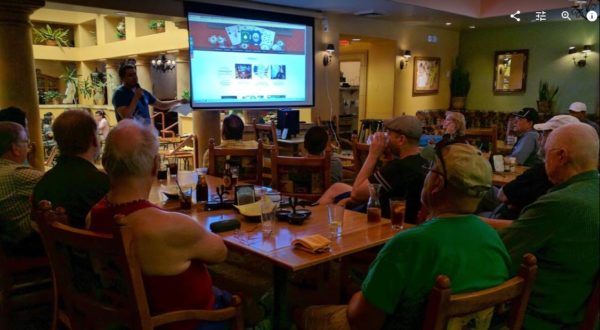 For well over an hour, I basically stood up there in front of dozens of people and “told my story,” the story of an eight-year-old Modern Orthodox Jewish kid whose face lit up when his Dad first taught him poker around the kitchen table. Of how that kid fell in love with his little video poker machine and of how years later he sat transfixed watching Chris Moneymaker win the WSOP Main Event. That kid used to live a four-hour drive from Las Vegas, but now he lives 7,500 miles away. Distance be damned, that kid’s love for poker never waned and he somehow created a Cardplayer Lifestyle for himself while typing at a desk on a hilltop in Israel.

That kid broke down and cried in public.

As much preparation as I had done for my first ever speaking engagement, the magnitude of the moment only hit me when the words actually came out of my mouth: “…and that’s how I ended up here, in front of you fine folks. THIS is what I’ve always dreamt about; what I’ve wanted so damn badly, and now I’m lucky enough to live it.”

A special thank you to Rick Gleason, Bob Fisher, and Roy Cooke for giving me the opportunity to be a part of the WPDG on that gloriously beautiful day. I cherish the time we had to speak together at lunch and will forever remember that you were the first to hand me an open mic. 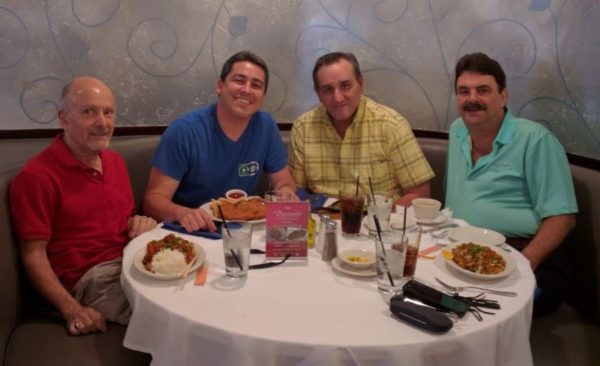 Giving Thanks Where It’s Due

To paraphrase the great Roman philosopher Cicero, gratitude is the parent of all other virtues. People who know me know that I wear my heart on my sleeve; my thanks and my gratitude is wholly genuine. As hard as I may have worked to keep Cardplayer Lifestyle going all these years, it’s all of you out there who have helped to keep me going. You, the fantastic contributors whose words grace these webpages alongside mine. You, my fellow members of the poker media who have so kindly welcomed me into your fraternity. You, the warm, caring, friendly professional poker players – especially those of you who’ve allowed me the privilege of interviewing you – who I respect and whose friendships I am so grateful for. You, my home poker game buddies, who remind me each and every time I sit down to the felt to play what it is that I love so much about this game. You, my family and friends, who acknowledge my choice of profession not with derision and scorn, but rather with support and a smile. I often get asked “how I do it; how I’ve done it?” Re-read this paragraph. That’s how.

Finally, I’d like to use this platform to publicly thank my wife, Miriam. When I first started working at a casino affiliate company many years ago, I developed a great friendship with a wonderful affiliate manager named Chanan. His motto was and continues to be “When you succeed, we succeed. When we succeed, you succeed.” Honey, I know that you rarely read my articles and that we ain’t raking in millions, but somehow this “hey, maybe we should start a poker blog” idea is still around eight years later and Baruch Hashem it continues to move from strength to strength. We know exactly what the cost has been of me taking this great adventure, that great leap of faith to leave a steady job and salary, right down to the last shekel. Nonetheless, I’m the happiest I’ve ever been in my entire life and I owe it all to you believing in me. When I succeed, you succeed. I love you.

L’chaim, to sustained effort, perseverance, and passionate enthusiasm. Cheers to, G-dwilling, many, many more years of Cardplayer Lifestyle!

P.S. Jeez… a little over three hours… where does the time go? ?

Too say the least, it was a great pleasure to finally meet you after a few years as “on-line friends”. You’re a man of great character and integrity and a genuinely sincere and nice guy.

Thanks for the mention. I’m sure the Wednesday Poker Discussion Group will always be open to you having the floor any time you’re in town.

All the best to you and your family with the coming new year and a special thank you to your lovely bride (and your children) for sharing you with us!

🙂 You sure know how to make a guy smile, Rick. Thanks so much for the kind words!