It’s a good day for poker.

For the first time ever, people are now legally able to play online poker for money in the U.S. The first site to have debuted is Ultimate Poker, which boasts one of the top names in poker, Antonio Esfandiari, as its front man. With the American online poker market essentially shut down since Black Friday, April 15th 2011, finally, after more than 2 long years, online poker has legally opened for business in the Land of the Free.

You Must Be Located in Nevada to Play

As per state law, only people located within the physical borders of Nevada will actually be allowed to play online poker. The technology in place verifies your location via pinging your mobile phone. This doesn’t mean you have to be a Nevada resident. Thus, despite there being just 3 million residents, Ultimate Poker (and all other online poker room operators to have U.S. debuts in the near future) can also host all of the tens of millions of people who visit Nevada destinations each year, for instance those who  travel to Las Vegas after winning WSOP poker packages.

The mainstream poker media is quickly filling up with firsthand accounts of poker players in Nevada trying out the new software for the first time, such as the blog post from Kristy Arnett of Pokernews. Needless to say, there’s a general feeling of excitement in the (virtual?) air!

Americans not currently located in Nevada also have the ability to sign up and register for a new account. In a major change from “the way things used to be in the past”, with sites like PokerStars, et al., new signups are required to provide their Social Security number as proof of age. Once you pass those hurdles, there are a number of ways to deposit funds, including in person at the cashier cages of Station Casino properties. Nonetheless, you’ll still have to wait until physically being located in Nevada to ante up and actually play at the online poker felt.

I wonder if it will become common to see players in live poker rooms “multi-tabling”, by also using their phones to play online poker simultaneously. Personally I feel it’s better to use your Smartphone or tablet to take poker notes at the live felt, but to each his/her own. 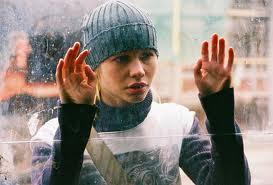 Non-Americans Stuck Looking in From the Outside?

As an American expat currently residing abroad, I was curious to give the software a try. I ran into an interesting problem during the signup process though. While I was allowed to provide my overseas address, I could only enter a U.S.-based telephone number, which I don’t have. Despite full knowledge that I won’t be able to play until my next trip to Vegas, I’m still very surprised that my being overseas without an American mobile phone number would prevent me from being able to open an account. I’m even ready to provide my Social Security number!

This begs the question of whether it’s an unfortunate oversight on the part of Ultimate Poker or a temporary glitch they’ll soon be correcting. All online poker rooms opening in Nevada are banking on the fact of high player liquidity that would only be available when you count the tourists that pass through the state each year. I would think it would be critical to cater to “the rest of the world”, no? And I’m American and am having a signup problem – what happens to non-Americans who don’t have a Social Security number for age verification purposes? Moreover, if a Brit, for example, were to come and visit Nevada for the upcoming World Series of Poker, how would his (temporary) in-sate presence be technologically verified if he didn’t have a U.S. mobile phone number with which to sign up?

Surely these and other issues will be addressed and hopefully resolved in the coming days and weeks ahead.

Trailblazing the Way Towards a New Poker Boom?

Indeed, there have been a number of snafus on opening day for Ultimate Poker, which is to be expected, most notably an issue with Verizon phones. Surely other glitches will come to light as well, and I can only imagine how overloaded and overwhelmed the Ultimate Poker support people must be right now.

All that said, there’s no good reason to focus on the problems, which will surely be sorted out. Having won the race as first to market, Ultimate Poker gets the glory and publicity, but surely other companies will be quick to follow and debut. Personally I’m eagerly anticipating the Caesars-888 offering.

So too, Nevada is rightfully getting all the attention right now, but a number of U.S. states will surely be following suit in the coming weeks and months to legalize online poker (New Jersey and Delaware have already done this). Operators will continue speeding towards licensing in those states and poker fans can only hope that, absent federal legislation, interstate compacts will be formed to create the largest possible U.S. online player pool. The next poker boom has begun.

Like I said, it’s a good day for poker.