With Nevada looking increasingly as though it will be the first state to legalize online poker in the U.S., a host of top gaming companies are clamoring for licenses to operate there. The state’s Gaming Control Board recently announced that it will be ready to begin processing license applications starting in February of next year, so no potential operator wants to be left on the outside looking in. Among the companies that have prepared applications are: 888 Holdings, Cantor Gaming, Bally Technologies, South Point Poker, and International Game Technologies (IGT). 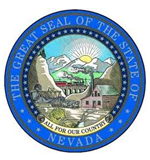 Meanwhile, MGM Resorts International isn’t sitting on its laurels either. The casino conglomerate wants to ensure that it can have just as much presence in the virtual gaming world as it does in the land-based world once U.S. online poker becomes legalized. To that effect, they’ve just sued the owners of Internet domain names that include their branded Las Vegas properties for trademark infringement and “cybersquatting”.

In other words, the company wants to do everything in its power to retain full rights over domain names like:

in the event that they choose to extend their branding to the Web and wish to create new online poker portals on those URLs.

Indeed, MGM created quite the stir in the gaming world when they announced a partnership with Boyd Gaming a few months back to collaborate on future gaming endeavors with bwin.Party. These giants of the land-based and online gaming industries, respectively, are all but guaranteed to create an excellent, top-op-the-line online poker product once the time is right.