Here at Cardplayer Lifestyle, we know that recreational poker players and fans have an innate curiosity to learn more about the poker world and the people behind the scenes who make the game so exciting and interesting. That’s why we’ve interviewed people like Shaun “the Dealer” Harris and Daniel Negreanu’s personal assistant, Patty Landis, who’ve given us all a peek at their unique perspectives of the World Series of Poker and poker’s most popular player, respectively. Today we’re pleased to bring you another great interview, this time with poker media pioneer Barry Carter, Editor of Pokerstrategy.com and former Editor of Pokernews.com. Barry has also co-written, along with Jared Tendler, one of the hottest book series in poker today, The Mental Game of Poker (volumes 1 and 2). 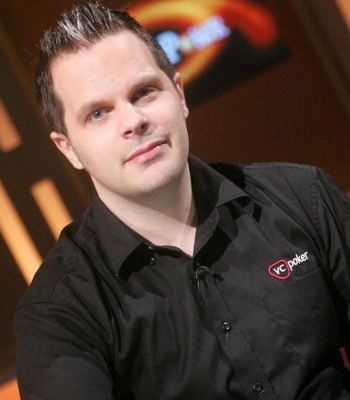 It’s no secret that true poker fans just can’t get enough of game; and that includes reading about it in books and on the big poker sites online. We thought Barry would be able to give us some interesting insights on what it’s like to work full-time in the poker media industry. Without further ado…

CPL: Thanks Barry for agreeing to be interviewed here on Cardplayer Lifestyle. So, how long have you been a member of the poker media and what inspired you to get into this industry in the first place?

Barry Carter: It’s been about eight years. It started as dumb luck really. I wrote a few things on the Pocketfives forum simply as a member, and the Editor of WPT Magazine contacted me asking me if I wanted money to write a few things for them. I didn’t even know there was such thing as a poker media – there wasn’t really at the time – but I grabbed the opportunity with both hands. I pestered the guys at WPT every other day with ideas for article until I was pretty much writing the whole magazine. I did my research, found more magazines about poker, and eventually was able to quit my day job at an insurance company. There wasn’t really a poker media industry at the time, we kinda just made it up as we went along.

CPL: You’ve held top positions as Editor at two of the leading poker affiliate sites. What would you say these positions have in common and what’s different about them?

BC: Though they are the two biggest affiliates, they were very different. Pokernews is much more of a reporting site with an emphasis on tournaments whilst Pokerstrategy is a community with an emphasis on online poker. Both sites are great; I’m still good friends with my colleagues from Pokernews. As a writer I think the biggest difference is I would create news for a general audience with Pokernews, but at Pokerstrategy you really feel like you know the people you are writing for, because you engage more with them.

CPL: Over the years, you’ve interviewed countless poker pros and industry bigwigs. Who was your most memorable interview subject and why?

BC: I interviewed Chris Moorman‘s dad after he won a big tournament in the UK, that always sticks out. I got to ask him what it felt like to have a son wagering thousands of dollars a day which is a side of the game we don’t often see. I’ve interviewed pretty much everybody, but that was very unique.

CPL: Within the poker industry, you’re obviously highly regarded. How do non-poker people react when you tell them what you do for a living? After all, pro poker players don’t always get too much “mainstream love”.

BC: It’s funny because most of the time you have to explain to people why there is so much about poker to write about you can make a living from it. Most of my friends don’t believe me, so they assume I just play for a living and refer to me as a ‘poker pro’ even though I’m a break even player at best. 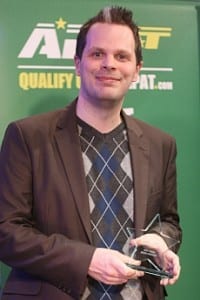 CPL: What would you say are you top 3 career highlights thus far, and what’s the #1 item on your poker bucket list?

BC: Number one has to be The Mental Game of Poker. It was so much fun to write, the response has been amazing, and Jared and I have become best friends, he was even my best man at my wedding!

Getting to to travel and have friends in far away places is maybe number two. I have good friends in Germany, Slovenia, Lithuania, France, Australia, the US and the Netherlands thanks to poker.

I guess winning the APAT award for Best Media Provider would be third. I was nominated as an individual against three websites, so that was nice, even though if I’m honest it was more of a popularity contest than necessarily a reflection of my ability.

The number one item on the bucket list is now a book of my own. I’m very proud of The Mental Game of Poker but that really is Jared’s book and I was lucky to get my name on the cover. I’m writing one right now which is all about prop bets, so hopefully that will make it to print.

CPL: As an industry insider, what developments do you think are in store for poker over 2014?

BC: I’ve took my eye off the regulatory landscape of poker to be  honest in the last six months. My priority right now is trying to make poker fun again (hence the prop bet book) and I am seeing a lot of my peers doing the same. I am hoping we will see the industry reverting back to making poker a fun game for recreational players first and foremost, and making it a little bit less pro-centric. I think that’s what is best for everyone. 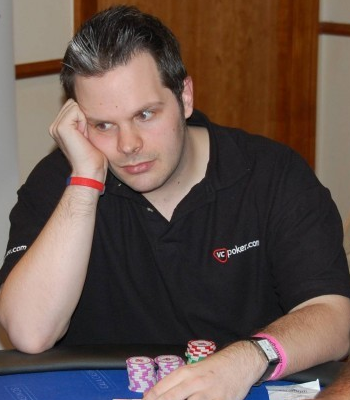 CPL: I’ve made it no secret to the readers of this poker blog that I love The Mental Game of Poker. Tell us a little about your experience co-writing the books. Specifically, how have you found the time to work on it given your full-time job commitments?

BC: It was hard, we worked really hard. Jared is a perfectionist and I am a jump-in-the-deep-end kinda guy, but our working styles thankfully complemented each other. I certainly was not used to doing so many revisions of the same content over and over. The hardest thing was probably the fact that it was Jared’s content, not mine, so the challenge was taking ownership of his life’s work. We joke that I am the 2nd-best mental game coach in the industry by default despite never having coached anyone, but I do feel like I have learned his material as well as anyone could. Thankfully, Jared and I make each other laugh on a daily basis, so that made it easy.

In terms of time management, I am really addicted to personal productivity books and material, so I have always been good at juggling balls. I’m a bit of a workaholic.

CPL: Do you see yourself pursuing additional poker-related projects on the side moving forward?

BC: Always. I love my day job, but I always have to have something going on the side. I think I would get bored if not. Right now it’s the prop bet book, but no idea what the next one will be.

CPL: Thanks again Barry for your time. I recently had the good fortune to meet Jared Tendler in person, and I hope the opportunity presents itself some day for us to meet up as well. Best of luck to you!