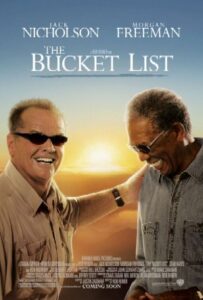 I’m a proud, lifelong recreational poker player myself. I’ll be the first to admit that though we all play the game to try and win money, it’s an incredible long shot that we’ll end up becoming wealthy from the game, let alone be able to support ourselves based on poker earnings alone.

That said, even more so since the Moneymaker effect took hold a decade ago, every poker player who takes a seat at the table has big dreams. Aside for the obvious “winning lots of money”, there are plenty of other big dreams shared by every recreational poker player. I’m not talking about winning the WSOP Main Event or something ridiculously impossible. I’m talking about things that could realistically happen to and for recreational poker players.

Since it’s a lifelong game we’re playing, it’s only natural that everyone out there would want to cross at least a few items of this poker bucket list:

Sure, poker players are gamblers, but rather than finding us hoping to hit a big jackpot playing progressive slots online or in a live casino, you’ll most likely always find us in the poker room, where we can battle against other players at the felt. Nonetheless, many great poker rooms out there still dangle a carrot for recreational poker players, namely the opportunity to win a bad beat jackpot. To be sure, this happens incredibly rarely, as usually four of a kind needs to be beat by a better hand. 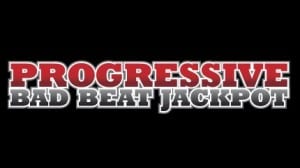 The ultimate thrill of the bad beat jackpot is being on the losing end of the hand, which ships you the lion’s share of the money. If you’ve got the winning hand, that’s also a huge win for you; often tens of thousands of dollars. But even being at the right table or in the right room at the right time will often net poker players a tidy 4-figure sum. Talk about a gift from the poker gods! To any recreational player, that’s some serious dough!

Play at the World Series of Poker

To a poker player, the WSOP is the Super Bowl, Masters, Indianapolis 500, and World Cup combined all into one. The difference? You don’t need to be a professional athlete to participate. All you need is a buy-in. For many of us recreational players, just being there, in the halls of the Rio in Las Vegas would be purely magical; soaking in that ambiance of poker heaven. 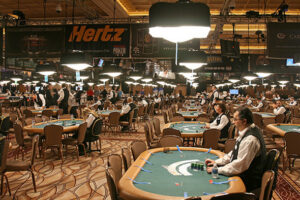 If you live close by (e.g., down the poker highway in LA) or anywhere in the continental U.S. for that matter, getting to Las Vegas isn’t too big of a deal; you can just hop over for some weekend action. For recreational poker players abroad, however, it’s often quite a large financial commitment to make, especially once you factor in lost work time, flights, hotels, etc. (on top of the event buy-in itself).

The need here isn’t so much to win a gold bracelet, though of course that would be incredible. The bucket list item is simply to fulfill that burning desire to be at the epicenter of the poker world. By the same token, playing in the Main Event isn’t a must either – a side event would do just fine, as you’d get that incredible rush of “being a part of it all” that you’ve been longing for.

If you’ve never yet played at the World Series of Poker, I suggest you do everything you can to save up, use your “one time”, and cross this item off your bucket list.

Every poker player likes to picture themselves as a superstar, mixing it up with the legends of the game and idolized by all. While, as recreational players, we lack the bankrolls needed to step up to the plate against the pros in high stakes cash games; i.e., their regular hangouts, we could find ourselves seated next to one of the game’s best at a tournament table.

With major poker series taking place all over the world, from the US to Europe to Latin America to Australia to the Far East, your local poker room might at some point during the year play host to a litany of travelling poker pros. 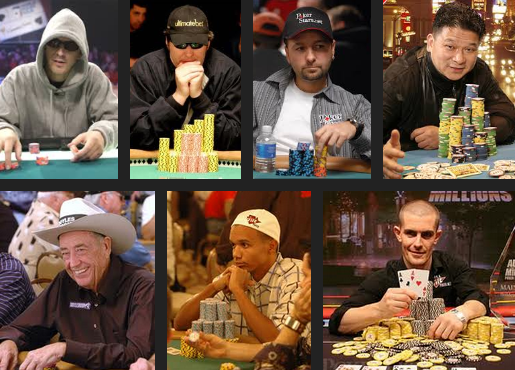 Heads-up against one of these guys? Sign me up!

Assuming you’ve got the funds handy for a buy-in, you might find yourself lucky enough to be sharing a table with a famous poker pro. That’s not to say you’d be lucky in the poker-specific sense, as they’ve got your outskilled and outclassed. Rather, you’d be lucky as a poker fan to get the chance to play against a famous poker pro whom you could otherwise only dream of meeting.

Imagine getting involved in a hand with one of poker’s elite like Phil Ivey, Daniel Negreanu, or Antonio Esfandiari. Imagine the incredible thrill of winning a pot off Phil Hellmuth or better yet, knocking him out of a tournament (you might get your very own Youtube highlight clip of being berated by the Poker Brat!).

Though he doesn’t play many tournaments anymore, there’s still time left to possibly pick up 10-2 while seated at a table with Doyle Brunson. Imagine what it would be like to win the hand and show him your hole cards in the hopes of snagging a smile or a hat tip.

The stories you’d be able to tell if this happened would probably be repeated over and over for years at your home game – and anywhere else you play poker.

I’m pretty sure no poker player will ever best Regis Philbin‘s record of being on camera for 16,000+ hours, but I’m just as sure that every poker player dreams of appearing on TV. As countless pros will attest, it’s hard enough to burst onto the scene and become well-known these days, but enough TV exposure sure does help. 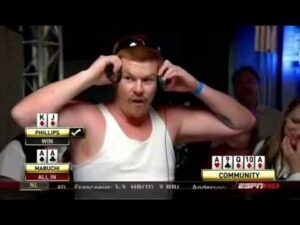 Event producers aren’t going to chase recreational players like you down to sit you specifically at a featured TV table. There are essentially just three ways to get yourself on TV in poker:

The first way just depends on blind luck. The second way is obviously pretty cool, as you’ll have made some decent money, but with so many final tables televised these days it’s hard for “yours” to stand out.

If, however, something takes place at your poker table that’s simply incredible – and the TV cameras are on hand to record the action for posterity, your face could end up being recognized forever. Case in point: Mr. Phillips.

Take a Las Vegas Poker Vacation with Your Buddies

The calling card of the recreational poker player is his or her home game. As much action as goes on 24/7 in poker rooms the world over, the home poker game will always be the sentimental “poker heartland” and pulsating grassroots heart of the game. It’s where you and your buddies get together, have a blast each week, and form lifelong bonds with one another over cards, food, drinks, and laughs. 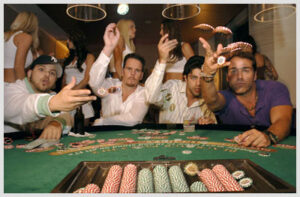 As amazing as it would be to set off and play for a few days in Vegas on your own, the awesomeness of that type of experience would be magnified tenfold if your home game pals are with you to share in the fun.

Strictly speaking, your home game poker group could move the game to the local poker room nearest you or head off to a different poker hub like Los Angeles or Atlantic City. Nonetheless, the legendary magic of taking a poker vacation in Las Vegas is just something that cannot be replicated anywhere else.

I’m pretty certain that if I could cross a couple of those items off my poker bucket list by the end of my playing days, I’d be able to look back with a smile of contentment. Wouldn’t you?

What other items are on your poker bucket list? Let us know in the comments section below or on our Facebook page.