When you’re Daniel Negreanu, chances are your life is pretty busy. Between public appearances, business commitments, worldwide travel to play in poker tournaments, and everything else going on in his life, it would stand to reason that he needs someone to help him handle it all; a personal assistant. Enter Patty Landis, the woman behind the world-famous poker personality we all know and love. 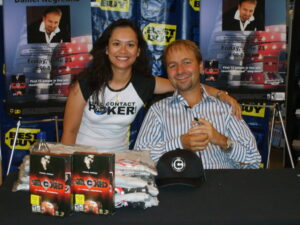 As Negreanu’s longtime PA and as someone who probably spends more time with him than almost anyone else, Ms. Landis has a one-of-a-kind perspective on the behind-the-scenes lifestyle of arguably the most recognizable poker player on the planet.

She was kind enough to grant Cardplayer Lifestyle this exclusive interview, as well as a couple of great snapshots. We hope you enjoy the read.

Tell us a little about yourself Patty. Where did you grow up and how did you end up in Las Vegas?

Well, I was born in Bangkok, Thailand and moved here to the United States when I was 5 years old to a small town in Oklahoma called Ponca City. I lived there until I went to college at Oklahoma State University. Then, I moved to Vegas in December 1999 to find work.

How did you end up getting the job as Daniel Negreanu’s personal assistant? How long have you been working with him?

I’ve been with Daniel almost 8 years now. We met at a mutual friend’s birthday party and we just started talking. He asked me what I wanted to do in life and I told him that I wanted to be a personal assistant (but I knew he had one already). I asked him if he knew anyone who might be looking for an assistant. He said something like “well, my current one isn’t working out, how would you like to be my assistant?” I told him to try me out for a month, with no commitment, and see what he thinks then.

One night, his mom had cooked him some food but it was too late at night for her to deliver it to him. She didn’t want to drive. Daniel told her to call me and see if I would deliver it. She did and I brought it over to him right away. He was so impressed that I did that so late at night, he told me I was hired on the spot. That was 2 weeks into our agreement and we have been together ever since.

That’s an amazing story! For sure, Daniel has always been known as one of the friendliest and most approachable pros in poker. So that all happened right near the height of the poker boom then… Especially living in Las Vegas you must have known who Daniel was; were you a little star struck at first?

I was a little star struck, yes. I knew who he was, but I didn’t want him to know that. I didn’t want that to cloud his decision in hiring me in any way.

Daniel travels all over the world for poker tournaments and other poker commitments. Does your job involve travel once in a while to assist him on the road?

No, I stay home and watch his dog Mushu. He loves that dog! He’s like a son to him.

Ah, so that’s sort of your downtime then? How do you fill your time when you’re not “on call” (or are you just as busy with PA-related tasks while Daniel’s away)?

Most of it is downtime yes, but when he is gone that gives me the chance to catch up on all the little things I don’t have time to accomplish when he is here. 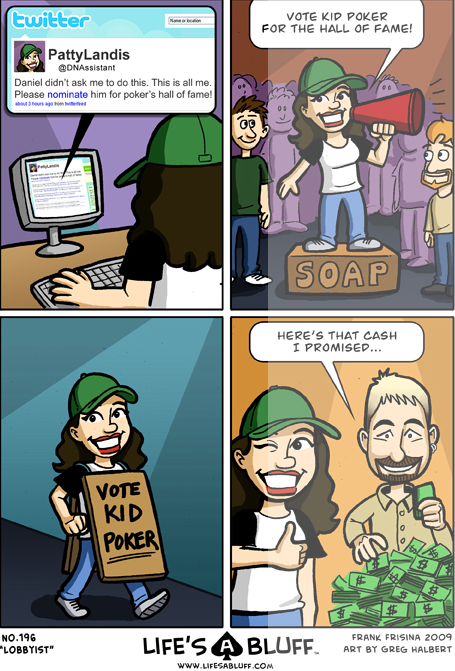 Daniel is also a well-known for being a vegan. While in Monaco last year, he offered 100 euros to someone who could bring him vegan food from a nearby town. Does your position involve helping to cater to special vegan requests like these? Do you cook? Are you a vegan?

I am not a Vegan, but I do cook for him. It’s been a learning experience for both of us. I cook all kinds of dishes for him and he tells me what he likes. I then put that in the rotation of food every week.

Apropos cooking, you mentioned Daniel’s mother earlier. In his blog and columns Daniel has made mention of how much he misses his mom’s home-cooked meals ever since her untimely passing a couple years back. Were you able to pick up any particular cooking tips from her? Are any of her recipes (i.e., Daniel’s longtime favorites) on the menu?

I really didn’t have the chance no to pick up any recipes up from her, but Daniel’s diet has changed too since she passed. I do hate that I didn’t have the opportunity to do that.

On a different note, we discovered via Twitter that you just won the Second annual Poker Gives Cupids for Charity poker tournament, which took place a couple days ago at Binion’s. Can you share with our readers a little bit about that experience?

There were only 24 players, but close to 50 re-buys and add-ons. [Last year’s WSOP Main Event 5th place finisher] Jeremy Ausmus and [Poker Hall of Famer] Linda Johnson played. Top prize was initially $890 but we decided to give 4th place $100. When we got down to 3 people, we made a deal and I walked away with $680. I really don’t play too much poker. I like to support any charity event that involves poker and a low buy-in, lol. I loved playing in the event because it is for a very good cause and great charities.

Has Daniel taught you anything useful that you were able to use in your recent tournament win?

He discusses hands with me and how important small ball is, but the game evolves continuously and small ball really doesn’t work nowadays. He really doesn’t “teach” me anything because he doesn’t want me to get rich and leave him. Lol.

Daniel just spearheaded a highly successful campaign to donate to St. Jude’s, raising over $170,000 as of this publication. I imagine he was very supportive of your efforts on behalf of Poker Gives as well?

Oh, of course! He really is a big giver and a generous person and let’s just say he really takes care of me very well.

What would you say is the best part of your job?

The best part of my job is working for such a great guy. He really is. He is the best boss I have ever worked for. Also, I know what he wants before he does and because of that he doesn’t micro manage me. So, I am on call 24/7, but I come and go as I please and it’s a rarity that he ever calls me late at night.

What’s the coolest thing you’ve done/been able to do, specifically as a result of your job and association with Daniel?


The coolest thing at first was meeting all the poker players I saw on TV. I’ve always loved watching poker on TV so I was a big fan. Another cool thing was meeting Robin Williams at a poker party. Robin is a huge fan of Daniel’s and it was neat to see Robin excited meeting Daniel. Jennifer Tilly was exciting to meet too. She has been the only one I have asked for an autograph. 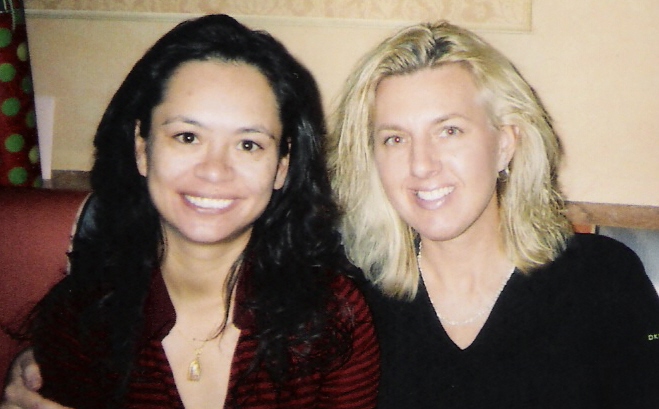 You recently got married, right? Congratulations to you and your partner!

Yes, I just got married last year to my wonderful wife Lisa. We met through a mutual friend. She is now a Realtor with Realty ONE Group (available throughout the greater Las Vegas area in case anyone out there is looking :-)).

Thanks for taking the time to speak with us Patty and continued best of luck to you with your own burgeoning little poker career! Clearly Daniel’s winning and charitable ways are contagious.

Sure, thing. I just want to end off by saying that being a personal assistant is a great job, but being Daniel Negreanu’s personal assistant is my dream job. He really is a wonderful and giving man. His life reflects that. I am aware that I am very blessed every day that I wake up. Never give up on your dreams and believe that you are worthy to receive everything you want in life. I have always lived my life that way. Life is a gift – live it to your fullest!

Thanks 🙂 Daniel seemed to like it as well – he was kind enough to retweet this to his 220,000+ followers, yay!

DN is fortunate to have such a terrific and dedicated PA.

100% Patty is a wonderful person – we’ve kept in touch in the 6 months since I’ve done this interview with her.