Get to Know the Poker Media: Dirk Oetzmann

While attending the PokerStars Caribbean Adventure back in January, a German fellow introduced himself to me in the media room. Pleasant and quite friendly, Dirk Oetzmann and I saw each other quite frequently over the ensuing few days in the Bahamas. While working and interviewing people, as well as over drinks and dinner, we became quite familiar with one another. 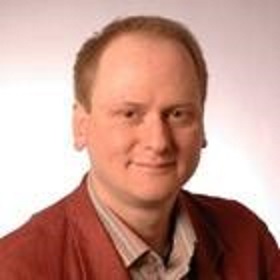 Since that time, I’ve kept my eyes peeled for Dirk’s media work at PokerListings and have developed quite the appreciation for it. After all, reading something is always more interesting when you personally know the writer. While I enjoy the work of most poker writers, I have a special awe for those who produce great content in English despite it not being their native tongue; that’s talent.

Dirk was kind enough to agree to be the latest interviewee in our Get to Know the Poker Media series. I’m happy to have learned even more about him and I think you’ll enjoy his unique sense of humor, which really shines through in the answers he provided. Without further ado…

I started writing for poker in 2007. At the time, I accidentally heard about a poker tournament organizer in Stuttgart/Germany who wanted to start a print magazine.

I was working as a book translator and also in a book shop in Freiburg and I had wanted to change my career for quite some time.

Also, I had started playing poker one or two years before, and I had already moved up the limits so high that I was almost ready to make the transition from play money to $1 tournaments :-), so I felt perfectly fit for the job.

I got in contact with the guy, who to my utter surprise did offer me a position, and six weeks later I moved to Stuttgart to work there.

The magazine was called Poker Tribune. It was published every two months and I did everything from the layout to the complete content.

I had expected to get a job as one of the editors, but it turned out I was supposed to do everything. The main reasons for this was obviously my amazing proficiency as a play money player who had never been in journalism – oh, and maybe because I was cheap and the guy wanted low costs.

Within the next 12 months, two more poker magazines appeared in Germany, and my one-man show couldn’t compete, so the Poker Tribune disappeared.

I don’t want to make myself bigger than I am, but I can pride myself in having been the editor/producer of the first poker magazine in Germany.  A pioneer is what I am, oh yes!

What poker outlets have you written for and which has been your favorite gig over the years?

When the magazine was stopped, PokerListings had picked up on it and offered me a position at PokerZeit, which is the German PokerListings site.

I accepted, packed my bag, and moved to Stockholm/Sweden in January 2009. I’d like to point out that I don’t recommend moving to Stockholm in January of any year, as it’s a freezing black hole.

I’ve been with PokerListings ever since. The whole editorial team was moved to Malta in 2012, and we now have about 10 editors from all over Europe writing for the different PokerListings sites – and a couple of others.

All the editors also work with freelancers, so it’s quite a machine we’re running.

I personally write international content that then gets published in different languages, and I also do the live jobs. That means that I travel across Europe to different big and small poker events that are either important, like the EPT, or that I consider interesting, like the WSOPC in Tbilisi/Georgia or the 888Live event in Tallinn, Estonia.

The great thing about my job is, of course, that I get to travel to and see a lot of interesting places. On the flip side, I don’t, because I usually spend 12–14 hours a day in large halls without daylight called casinos.

I’ve lost count of how often friends have looked at me and said, “Barcelona? No you weren’t. Look at you, pale as a ghost.”

I don’t know, nothing really. I mean, it is the most popular card game in the world, and it’s also my hobby, but other than that…

Of course, it’s a card game so popular it made it to worldwide TV. It’s an industry where the World Champion wins so much money it dwarfs the money going to the Wimbledon champion. Yet, at the same time, it still goes almost unnoticed by the public – at least in Europe.

It’s a game that has players in it who wouldn’t be able to succeed in any proper job, but make millions in this one.

It has also players who have proper jobs, any job you can possibly think of, really. They come from everywhere, anywhere, from all walks of life – men, women, old, young – they’re all driven by that absurd urge to make you believe they have better cards than you.

They’re destroying each other at the table but will buy each other drinks during the breaks.

Some think it’s a mathematical game, and that they will solve it, while others seem to be more interested in betting outrageous amounts of money on how long they can live in a hotel bathroom or how well they can figure out what Johnny Lodden thinks.

A world as bizarre as it is beautiful, that’s what poker is. How can you not love it?

What sort of job did you have before getting into poker writing?

After having finished University, I used to translate books – some might still be around on Amazon – and worked in a book store to make sure I could pay my rent and public health insurance (never mind, Americans, I know you don’t understand).

I did that for almost 10 years before I made the jump into the poker industry.

Tell us a bit about your personal life.

I live in a small penthouse apartment in Malta, 200m away from the Mediterranean. I also used to live in Stockholm, as mentioned, in Scotland, while I was a student, and in more than a dozen different places in Germany.

Having moved so often, I find it easy to adapt to new environments, although I don’t really have a notion of “home” other than “the place behind that door where my key fits”.

I usually reserve one evening on the weekend to either play online or in our fierce 25/50 office game. Unfortunately, that’s cents, not euros.

@GriffinBenger might have made it to the @WSOP Nov9, but he couldn’t win at the @PokerListings home game. pic.twitter.com/e9ApKcEYoE

That it’s easy. Also, I have been asked several times if it isn’t all the same all the time.

I then usually ask them how many articles they’ve read about football, and that settles it.

I’ve worked as a full-time freelance writer for several years and know how hard it is in that industry in general, unless you’re the guy who’s translated the Harry Potter books.

I’m very much of a foodie. Whenever I travel, I try to get hold of some local foods and, if possible, take some with me.

Movies, a few TV series, concerts are all things I like to spend time on. And then I have this fascination for astronomy.

I spend a lot of time at live poker events, so the direct contact and interviews are something I like, particularly when I get people to say things they haven’t spoken about before.

Also, PokerListings has had its own tournament, the Battle of Malta, for a couple of years, so I get to see the organizer’s side, too, and I enjoy that a lot.

Team @BattleofMalta networking. Will build it even bigger this time. #BOM2016 @PokerListings pic.twitter.com/IUj6lB0YnR

The one big event I’ve never been to is the Aussie Millions. I really need to cross that off my bucket list, but it’s going to be difficult, as I usually only travel around Europe.

Hey, that might also be the reason why I’ve never worked in Morocco, although that’s just around the corner from here.

I don’t know what my next article is going to be about, but I know what my last one will be called: “Wash your hands!”

I’ve been to dozens of live events, and the one thing that’s the same everywhere is that I see the majority of the players not washing their hands after they’ve used the bathroom. I’m not a bacteria freak, but this should go without saying.

I don’t want to imagine how many different people’s pee you touch in a tournament where the chips pass through hundreds of player’s hands.

Also, can we have a basic minimum level of style, please? I mean, I don’t think anybody needs to wear a suit and tie in a casino, but if you’re playing for €1 million, is it asking too much for you to wear socks?