For over a decade, the Aussie Millions has been a staple of the yearly poker calendar. Many of the game’s best and most well-known professionals traditionally make their way Down Under to participate in the most prestigious poker tournament series the Southern Hemisphere has to offer. Notable Main Event winners of years past include Gus Hansen and Alexander Kostritsyn, while just last year big names like Sam Trickett and Andrew Robl dominated the High Roller events. Despite its’ certainly being one of the larger poker tournament series being held annually, slightly declining Main Event participation numbers over the last few years have diminished the Aussie Millions’ luster in some people’s eyes. 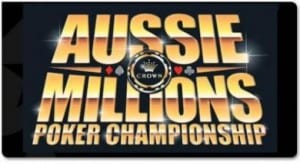 Nonetheless, it’s all but guaranteed that the Aussie Millions will continue to shine brightly on the poker calendar for a long time to come. In fact, it’s entirely within reason to believe that attendance could reverse course start growing again from year to year. Here are 5 reasons why I feel the Aussie Millions will always be a major poker event:

People don’t play online poker satellites to win their way into $500 tournaments at their local poker rooms. Poker players, recreational and professional alike, grind away online to try and satellite their way into major live tournament poker events. We’re talking events the scope of the WSOP, WPT, and EPT. Looking for proof that the Aussie Millions is on par with other major poker events? Check out OnlinePoker.com.au for a list of all the online poker sites via which you can qualify for a seat at the Aussie Millions.

For most people, the words “January” and “February” are synonymous with frost, snow, winter, and hot cocoa. Across the world in Australia, however, it’s summer time! Melbourne is almost always a lock to feature gorgeous warm weather during those months, right when the Aussie Millions is being staged. As much action as there is at the felt inside the casino, if you’re unlucky enough to get eliminated, the beaches just outside serve up plenty of warm comfort. Retirees and birds may head to Florida for the winter, but poker players from the Northern Hemisphere head to Australia.

Long before the Aussie Millions made its poker debut, another grand-scale sporting event dominated the January-February portion of the calendar: Tennis’ Australian Open. While the Iveys and the Negreanus ante up, the Nadals and the Djokovics are serving and volleying on the nearby courts. The mainstream sporting world’s attention and cameras are rightly focused squarely on tennis in Melbourne at this time of year. That sort of rising tide raises all boats though, so it’s only natural for the Aussie Millions to experience a little bit of a profile bump in tandem, both media-wise and attendance-wise. In turn, many poker pros in town for the Aussie Millions often head over to the Rod Laver Arena to catch tennis titans battle it out in the later rounds of this first Grand Slam event of the year. 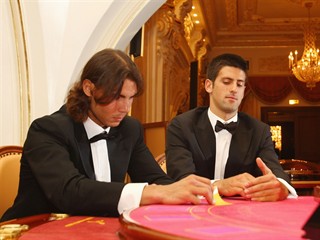 What article talking about poker and Australia would be complete without a mention of the country’s preeminent Australian poker ambassadors?

2005 WSOP Main Event Champion Joe Hachem, who we interviewed a couple weeks ago, is undoubtedly THE face of poker in Australia. A ubiquitous presence at the Aussie Millions (he’s even on the wallpaper of the Crown Poker Twitter page!), Hachem essentially serves as the event’s host, with smiles and hospitality for all players who’ve come to visit and compete on his home turf. 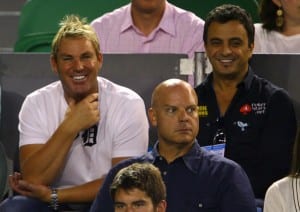 Over the years, Hachem has forged a great friendship with Shane Warne, pretty much the most famous cricket player in history. Though retired from the game that made him famous, Warne is still a full-blown superstar in his native Australia, and he’s certainly got bitten by the poker bug. That he plays regularly both live and online only has assisted with his mainstream sports crossover appeal to poker fans from the land of Oz.

So long as Hachem and Warne are around in the poker world, we can expect to see them lend their brands, clout, and high profile to the Aussie Millions each year.

A major poker tournament series like the Aussie Millions doesn’t build itself a reputation overnight. Year after year, the event gets better due to the efforts of the hosting casino and its dedicated staff. The poker world has the people over at Melbourne’s Crown Casino to thank for the success of the Aussie Millions. Almost in a unanimous voice, everyone who has attended the Aussie Millions over the years has nothing but praise for the event’s dealers, floorpeople, and tournament directors. I’ve personally never been to the Crown Casino to vouch for this in person, but based on the testimonials I’ve read it seems like the staffers roll out the red carpet for every poker player, regardless of whether they’re high rollers or low rollers. Professionalism like that will always guarantee the success of their premier event, the Aussie Millions. 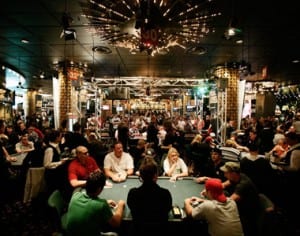 The 2014 Aussie Millions begins one week from today – on January 23rd – with the Main Event kicking off just over a week later, on February 2nd.

What do you love about the Aussie Millions? Let us know in the comments section below or on our Facebook page.