Home POKER NEWS Deal Struck with the DOJ! Full Tilt Poker Players to Get Their Money Back!
POKER NEWS

Deal Struck with the DOJ! Full Tilt Poker Players to Get Their Money Back!

The last time this poker blogger wrote anything about Full Tilt Poker was a month ago. As noted in that article, the buyout of Full Tilt poker was contingent on a resolution of their case with the U.S. Department of Justice (DOJ). Since then, a lot of wheeling and dealing has apparently been going on behind the scenes, leading to a bombshell announcement yesterday by company CEO Ray Bitar. In an email to company shareholders (that has since been circulating around the Internet), Bitar let them know that a deal had been struck among Full Tilt Poker, the Bernard Tapie Group, and the DOJ. 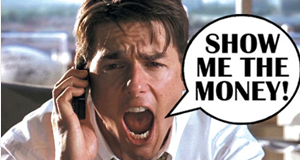 According to the terms of the agreement, the Bernard Tapie Group will assume responsibility for paying out all non-U.S. players with balances in their Full Tilt online poker accounts, while the Department of Justice itself will work to return funds to U.S. players. Turns out there was no need for that White House poker petition or Canadian class action lawsuit after all…

When Will I See My Money?

While I’m admittedly surprised by the speed with which this was accomplished, the money still isn’t back in players’ hands yet. Based on the terms of the deal, you’ll likely either see your money pretty soon or in a long time from now, depending on where you live.

Outside the United States

Naturally, it has to be assumed that non-U.S. players will get their money back far more quickly. The Bernard Tapie Group will be very eager to get Full Tilt Poker running again (and begin recouping their multimillion dollar investment), so it will act as quickly as possible to repay non-U.S. customers. Once this is done, they’d be free to reapply for a gaming license to offer online poker. With the name “Full Tilt Poker” permanently tarnished, it’s expected that some major rebranding will be done.

U.S. players are another story though. Government agencies aren’t exactly known for speedy efficiency. In an ideal world, the DOJ would have the best interests of players in mind and use all of its considerable resources to get them their money right away. But we don’t live in an ideal world. Putting the Department of Justice in charge of monies that were used for online poker play, which is still illegal under U.S. law, opens up a huge legal can of worms.

Among the many unresolved issues:

So, while U.S. players will eventually see their money again, it will still take a while and it’s entirely possible that they won’t receive the full amounts contained in their accounts. Lastly, there’s no official word yet on what will happen to the money of U.S. players who have since moved abroad to keep playing online poker…

Send Us Your Feedback

Have you gotten any sort of email from Full Tilt Poker?

Have you gotten your money back from Full Tilt Poker?

Let us know in the comments section or on our Facebook page.

I hope after investigation will be closed that anyone will get their money back . It is hard task , to give back to all . but not impossible . Just need patience .