On this last day of the year, we’d like to take a look back at some of the most popular stories that made headlines here on the Cardplayer Lifestyle poker blog. 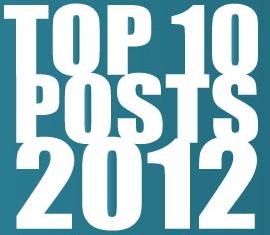 While the poker world has had it’s fair share of newsworthy stories that we’ve covered, longtime readers know that our poker site prides itself on providing a unique look at poker stories that recreational poker players and fans appreciate. With that in mind, here’s our list of the top 10 articles we’ve published in 2012:

Easily our most controversial article of the year, we took a look at a few things that made players not want to tip poker dealers. To be sure, we created quite the uproar by publishing this, particularly among the poker dealing community. We do stand behind this article though, as it was published in the wake of #2 on this list… to provide the opposite viewpoint (plus, we happen to be tippers ourselves).

Poker players should really only need one reason to tip dealers: it’s the nice/right thing to do. But we thought of 10 great reasons and put ’em together in a list that was read by hundreds of people throughout the year.

Over a year and a half since Black Friday, our poker site is still the latest to have obtained and published the most recent picture of Chris “Jesus” Ferguson. Luckily, one of our longtime readers, Jason Eisner, was in the right place at the right time (London’s Heathrow Airport) to provide us with this scoop of scoops. Full Tilt Poker is now owned by PokerStars and up and running again. Howard Lederer is back in action in Bobby’s Room and just recently settled his criminal case with the U.S. Department of Justice. Yet, the poker world has still heard barely a peep from Ferguson. Fascinating stuff…

Lots of other poker sites out there chase after the lucky guys who have won WSOP Main Events, but only one brings you an in-depth exclusive interview with someone who has been at more WSOP Main Event Final Tables (5) than practically anyone else alive. Here’s another chance to read our interview with one of poker’s most interesting people, Shaun Harris.

5. Can Poker Get Any More Jewish?

We were the first poker site to report about the inaugural Jewish Poker Championships. We also did a video interview follow-up and a pre-event preview. The event just took place last week and we plan on having an exclusive summary article posted soon with pictures and details of how it all went down at the Venetian.

6. Time to Build a Real Poker Hall of Fame

Though it was first more of a gimmick when conceived, the Poker Hall of Fame has since become an institution, with some of the game’s greatest players and contributors getting enshrined as members over the last few years. With the trend sure to continue, we advocate the establishment of an actual physical Hall of Fame to properly honor and pay homage to poker’s greats, and give plenty good reasons why the WSOP people should see to it that it happens sooner rather than later.

2012 was an Olympic Year and Cardplayer Lifestyle didn’t miss out on the opportunity to put out a once-in-four-years kind of story. Plenty of people have voiced a desire to see poker played at the Olympic Games in an official capacity. We took a look at exactly how this might play out if it in fact would happen one day down the line.

One thing critical to poker’s popularity is innovation. Wild games aren’t something new to poker, as they’ve been played for decades at home games. Poker rooms, however, are always on the lookout for ways to attract new players. We argue that spreading specific wild games would breathe new life into live poker in casinos.

The world has never been as health-aware as it is today. Regardless of whether or not people out there take care of their bodies, nobody could argue in this day and age that doing so could only improve the quality of your life and likely add years to your life expectancy. This applies ever so much to poker players, who are notoriously and stereotypically lazy. This article served as as wake-up call to all poker players out there – being healthy and playing the card game you love don’t have to be mutually exclusive pursuits.

Well, this one wasn’t as much of a story as it was a milestone for us. Late November 2012 marked three years since we published our first article. Whether this is your first visit to our site of you’ve been a longtime fan of ours, check out our 3-rd anniversary poker blog post to see how far we’ve come since our humble beginnings.

We added dozens of new pages to Cardplayer Lifestyle throughout 2012, including plenty containing information about Poker Vacations in some of the most popular gaming destinations throughout the United States. Undoubtedly, however, our top page of the year heralded the launch of a brand new app, Poker Notes Live, which we co-created.

This free mobile app helps players take quick, efficient, “smart” notes while at live poker tables directly on their phones and tablets. We aim to make this available in a dozen languages and on both major mobile platforms Android and iOS. We feel that Poker Notes Live truly has the potential to be “a game changer”.

What was your favorite poker blog article on our site this past year? Did your favorite article from 2012 not make our list? Give us your feedback in the comments section below.