Will The Poker World Suffer from WSOP Overkill?

Recently, as we are all aware, the World Series of Poker made its first trip Down Under in what was considered to be an extremely successful foray into a new Asian Pacific market. The stars of the game came out in force: Daniel Negreanu made the headlines by winning the main event, while Phil Ivey also won a bracelet and Phil Hellmuth, Ozzie’s own Joe Hachem and many other “big names” all made appearances. The tournament series itself ran from April 4th to April 15th awarding 5 WSOP bracelets. 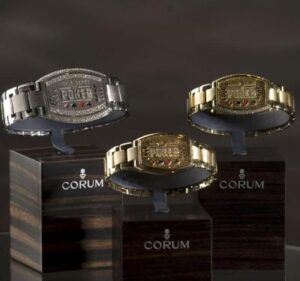 The World Series of Poker as we know it; you know, that one in Vegas (which should really have its own distinguishing name now), kicks off on May 29th ending on July 15th with the Main Event playing out in November. The 2013 WSOP tournament series will hand out a total of 62 bracelets, one more than last year, as there will be a new High Roller bracelet up for grabs.

Then we have the WSOP Europe in Paris in October, which will of course feature plenty of bracelet events. This begs the questions: whilst the WSOP is fantastic for the game of poker, are there a few too many events now, and has this lowered the value of the coveted WSOP bracelet?

A WSOP Bracelet’s Value – To Each Their Own

Doyle Brunson didn’t even pick 2 of his bracelets up, Johnny Chan has them all locked in a vault, Hellmuth gave 10 of his away to friends and family and Peter Eastgate auctioned his Main Event bracelet off for charity. To each player WSOP bracelets mean something different. Leaving money aside, one must wonder: are the bracelets worth a lot less now to the players? Publicly, of course not! Privately, I would imagine there’s a fair amount of discussion and jokes flying around after each series. To the 99.99% of us that will never own one, we’ll never know the non-monetary value of a bracelet and let’s be honest we would take a bracelet from Vegas, Melbourne, Paris or anywhere. The bigger question is whether or not the game will suffer from WSOP overkill. In my opinion the answer is no.

The WSOP is the Grammy’s of the poker world. The bracelet is the coveted #1 Billboard single. To put it bluntly, why play a gig in a friend’s garage when you can play the Montreal Jazz Festival? The WSOP like nothing and nobody else in the poker industry can and does provide that kind of stage for the world audience. It takes poker to a level that nothing else can, providing mainstream news coverage and giving poker fans a chance to see the stars in action at the very highest level of the game. Without the WSOP other smaller poker tournament series would not be afforded the same amount of column inches and they would not get the recognition they too deserve. The WSOP brings the stars of poker together and that spreads, it trickles down and the whole game benefits. On saying that, maybe 3 WSOP-branded series around the world is now enough and maybe the line needs to be drawn there. For those that may argue the big WSOP events do little for grassroots poker, think again. The WSOP has led to a million and one small events and there’s always the WSOP Circuit events that bring the game to a city near you.

Do you think WSOP bracelets are losing their value? Sound off in the comments section below or on our Facebook page.

Marcus Harmon is the editor of Sunshine Poker Rooms a source of news and opinion on the game of poker.

I think having too many No Limit Hold’em events is a bigger risk to the WSOP brand than the number of events.