WSOPE Hopes Paris Can Do What Cannes Can’t

Sure seems like the World Series of Poker knows how to stay in the news all year round, eh? What was once solely a summer tournament series in Las Vegas has since 2007 also been held in Europe and as of next year will also feature an Australian leg. The top brass within the organization have shuffled the deck once again, as it were, announcing that the WSOP Europe will be held in Paris next year. 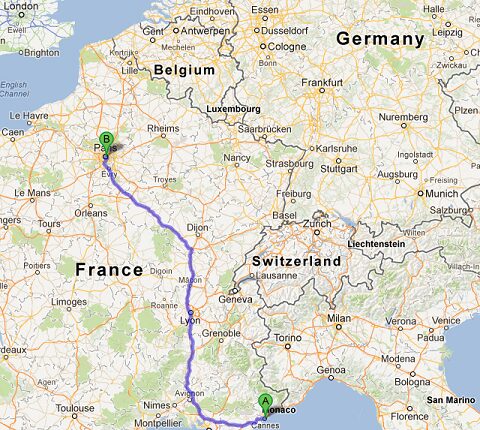 The first four WSOPEs were held in London, with the last two iterations held in Cannes. At the time, tournament organizers favored moving to the coastal French city in order to have a larger playing area to fit more players. Indeed, the last 2 WSOPEs featured record numbers of total participants and prize pools. Next year’s move to the French capital also has some solid reasoning behind it.

According to WSOP Tournament VP of Communications Seth Palansky, the Casino Barrière Enghien-les-Bains, located 10 miles from Paris, is well-suited to host Europe’s most prestigious poker event series, in part due to recent renovations that include a 500-seat theater for televised final tables. Furthermore, the location is considerably more accessible than Cannes, as it’s a 10-minute train ride from Paris, which in turn can easily be reached by rail from a number of nearby European cities, including London via the Chunnel.

Though it’s still unclear how many events will take place, what’s certain is that the 2013 series will feature two weeks of poker action from October 11–24. According to WSOP Executive Director Ty Stewart, those dates were specifically chosen so as to avoid scheduling conflicts for the world’s top players, such as defending WSOPE Main Event Champion Phil Hellmuth.

Stewart indicated there were other tangible benefits of the new location over Cannes, including the fact that “The entire Barrière complex will be dedicated to poker; every room, every salon, the entire meeting facility. It’s the first time we’ll be able to have all WSOPE tournament tables on one floor, and to have an upscale setting for the final tables — to do things in Europe like we do in Vegas.”