Along with my Top Pair Home Game Poker Podcast co-host Bruce Briggs, I recently conducted an audio interview with Jared Tendler, author of the Mental Game of Poker volumes 1 and 2. Jared’s a great guy and has become quite well-known in the poker industry. 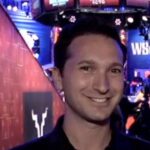 I’ve met him before in person and he’s also contributed in the past right here on Cardplayer Lifestyle, so we’re definitely big fans of his. Below, you’ll find the entirety of Episode 220 of the podcast, which includes the interview with Jared starting at around the 14-minute mark. You can also read the summarized transcript below.

So we’re very happy to have a special guest with us today Jared Tendler, author of two excellent books: The Mental Game of Poker volumes 1 & 2. I’ve read them myself and they’ve helped me tremendously both in poker and on a personal level. Jared is very well known in the poker industry, having been featured on a number of poker sites and he’s also a former 3-time All-American collegiate golfer. Welcome to the show.

Great to be here; thanks for having me guys. The poker mental game is something I’ve very passionate about. It’s always good to talk about it with people and I’m eager to see what direction you guys will be taking the conversation in, as everyone has a unique perspective.

How did you get into your current role? Nobody heads off to college, studies Psychology, and thinks to themselves: “Once I get my degree I’m gonna help poker players with their mental game”.

In college I wanted to play professional golf. I knew I needed a degree though, so I just chose something that would allow me to spend as much time as possible focusing on the golf. Midway through my degree though, I realized that it was my mental game that was holding me back.

Most people who play in the US Open have to qualify, as relatively few people get exemptions. I missed out on an opportunity to qualify for the US Open by a single shot, basically because I choked on my short putts. I 3-putted four times and missed a handful of short puts. What I took from that is that if I wanted to make it as a professional, I knew I needed to work on my mental game and conquer my fear; the pressure that was overwhelming me.

Eventually I just decided to forego a professional golf career because I realized how much better the other players were than me. So I went and got a degree in counseling psychology because lots of the sports psychology I was reading was pretty basic. I figured that if I could solve my problems, I could potentially have a career helping others like me solve their problems.

He was one of the biggest online grinders prior to Black Friday. He was making a million dollars a year. When we met he was making about $20,000 a month. In the 4–5 months since we met, because of the help I gave him controlling his anger at the tables, he made $500,000–$600,000. Anger was a big issue for him and his wife. That was my entry in to the poker world. Dusty showed me the ropes and helped me understand the game to a level I hadn’t known before.

When missing those short putts, did you have the yips?

I didn’t have the yips. I was kind of just missing right or left. I had a good stroke, but it was clear that the pressure was affecting me. It wasn’t as bad as a yip or a shank.

So you were able to start teaching Dusty without much knowledge about the game?

I had good luck and variance to have Dusty as my first client. He and I met each other randomly at a golf resort. He was able to relate the things he was dealing with in poker, in golf terms. Getting a bad beat was the equivalent of hitting a perfect drive down the fairway and then having it hit a sprinkler head and go out of bounds…and then having that happen every hole for the entire round.

Had you ever played poker yourself recreationally or in home games?

Of course! In the summers growing up we’d play golf in the morning, then in the afternoons my buddies and I would be playing nickel and dime poker by the pool, acey-deucey, hi-low, dealer’s choice. Same for family holidays – we’d win $4 and feel like it was an incredible amount of money.

It seems to me that the target audience of your books is professional poker players. Would you say that it’s just as important for recreational home game poker players to have a strong mental game and work on it regularly?

It depends. Actually, the target audience for me was not necessarily professionals, but rather “people who take the game seriously”. If you are a recreational player but still want to take your game to another level, the book is for you.

I often give the analogy that the Dalai Lama is a terrible golfer. He has a great mental game, but he’s never going to beat me at golf.

In poker, the mental game can help to facilitate your ability to execute your strategy. But if you don’t have much of a strategy and are just there having fun and splashing money around, then the mental game isn’t going to help you much.

What would help you is getter a better understanding of basic strategy. That’s where your efforts should be at the beginning.

One step beyond, if you’re a recreational player but have problems in your life that affect your mental game – both at and away from the table – then yes working on your mental game would be a good thing and would help you improve across all facets of your life.

Seems like having a good mental game would help with your peace of mind? If I come home winning, I feel good. If I come home a loser, I feel crappy. Same thing for bad beats…

Does working on one’s mental game of poker, and thus that person taking poker more seriously, come at odds with “trying to have fun” in a relaxed, social atmosphere of a home game? In other words, would it only be advisable to use the techniques learned from your books in a casino poker room setting?

If you’re taking the game seriously enough to care about your results, then yes. There’s a mental side to technical mistakes. If you’re starting to get frustrated, then your frustration will start to show. If you’re able to reduce you’re frustration then you’ll be able to automatically play a more solid style of poker.

If your anger issues and fear are taking away from your enjoyment, then poker starts becoming a lot less fun. As a recreational player, it’s not just about the money – your time is valuable too.

I find myself trying to get dialed in and working hard through a “pilot’s checklist” of things to remember at the poker table, but that’s hard work and I find myself exhausted. I’m mentally wrung out. So I ask myself if that’s what I want to be doing during a recreational home game.

The answer is that it could just be about training. Mental endurance is a real thing. The more you train yourself in the skill of making a well-thought-out decision, the better you’ll get at it. It could take a few months, easily. It takes a while to integrate things into your decision making. Sometimes it works easily because you’re very focused. Other times, the decision making isn’t as automatic. So, over time you want to increase the amount of times that you’re making automatic decisions (having worked out what types of decisions you’d like to be making).

I like being good at things. Working hard at something makes me better at it, and after a while, if you work at your mental game, you’re probably going to improve. As a poker player that’s likely to make you happy and to me, at least, that sounds like fun and it’ll probably ensure you have a better time when you play.

You’ve also got a podcast of your own – who are you trying to reach through that podcast and why?

I try to do a couple things with the podcast. For starters, it’s an opportunity for me to promote the Mental Game of Poker. Also, for listeners, it’s an opportunity for them to see another side of professional poker players they’re familiar with, like Vanessa Selbst, Jason Mercier, Greg Merson, and Daniel Negreanu, that they don’t always get to see.

For a lot of these players, their mental game is also about the philosophy of how they’ve gotten to be successful at the game. Jake Cody, for example, worked for 3–4 years grinding through the game until he “broke out” as a known, successful player. Not many people know that, but that type of story will come out in the podcast when I’m talking to them about their mental game.

We try to take the home game angle and do the same with some of our guests. For example, we interviewed Mike Sexton and probed about his home game experience. You could tell when he talked that nobody really asked him about that topic too much.

Yup, I do the same and want it to be fun for the person I’m interviewing.

How is the mental game coaching you offer similar to or different from going to a psychologist for therapy?

Many issues my clients have aren’t personal; they’re more performance-related. A mental coach gets to understand the context in which those performance issues come up and then tries to help in that way.

I understand poker and poker players better than most people. So I understand the right way in which to help them. I’m also a licensed therapist; I do have that background in offering therapy. Therapists tend to be focused on the personal stuff, while most of the time I talk with my clients about what’s currently going on in their games.

Have you ever had a pipe dream in participating in big poker events yourself, especially considering that your mental game is so strong?

No. I understand that the players I coach are really good and they work hard. I like poker and am happy to be a recreational player. If I were to ever think and dream about going pro it would be golf. I take that the most seriously. That’s where I’d invest time and energy. My mental game in golf has transformed over the years. I qualified for a big amateur tournament last year. It was a huge accomplishment because I knew my improved mental game helped get me over the hump.

Do you ever play any recreational poker home games anymore?

Out of circumstance, not too often anymore. Less than 6 times a year… but I play golf far more often than that.

Thanks for spending some time with us Jared. We definitely recommend your book. Anything else you’d like to tell our listeners?

Do what you love and find things you’re passionate about and make sure they remain passionate rather than causing you pain and frustration. Sometimes a perspective shift can help – that you’ll take something a bit less seriously.