3 Reasons Why Bad Beat Jackpots Are Good for Poker

Poker players tend to dislike anything that causes money to be taken out of a game. We all love a good, juicy game with a nice, low rake. By the same token, it is painful to see a large chunk of chips traveling from the pot you’ve just won to the dreaded rake box. In general, taking money out of the pots is no good for the players.

However, there are certain situations that I can understand and get behind, bad beat jackpots being one of them. Sure, some money is taken out of almost every pot to help build the jackpot pool and there is basically no skill involved in terms of who’s eventually going to win it, but in the long run bad beat jackpots should create a more +EV atmosphere in a poker room. Here, then, are three reasons why bad beat jackpots are good for poker. 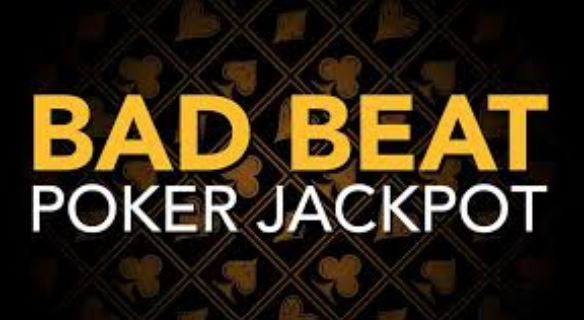 Compared to other types of games found in a casino, the amount of money a player can expect to win at a poker table is fairly limited. Less experienced players might get have unrealistic expectations, but in general most people know that a hot run of cards at a poker table will hardly translate to an amount you’d take home after a hot run of numbers on a roulette wheel.

Usually, bad beat jackpot rules stipulate that the losing player must have quads or better to qualify and must use both hole cards. Exact requirements vary from one room to the next, but the lowest qualifying hand I’ve ever seen the Aces full of Tens. So, whenever you’re holding two suited, connected cards, you might consider getting involved in a pot where you’ll either bad beat someone or be on the receiving end of the bad beat.

Obviously this isn’t how professional players think about the game, but recreational players tend to get very motivated to play as many pots as possible as the jackpot gets bigger to try and take it down. In this scenario, playing sensible and strategically sound poker will net you a bunch of pots that would never have materialized in the first place if it weren’t for the jackpot.

For many recreational players, chasing the bad beat jackpot isn’t much different to playing live or online bingo. Of course, bingo lacks the skill component that poker has, but the luck factor is precisely what draws recreational players to both games (especially in the UK). In other words, they’re there to have fun and also have the chance to win big money.  As long as you have two cards that could potentially make the qualifying hand for  bad beat jackpot, you’re in with a shot!

Many poker players have the required skills to jump into higher-stakes games but lack the proper bankroll, so it isn’t unusual to spend months playing lower than you theoretically should, simply because you aren’t rolled for the next level. If you’re a regular at your local brick and mortar poker room, you have as good of a chance as anyone to get the lion’s share or at least a small fraction of the bad beat jackpot.

READ MORE: The Moment a High Hand Jackpot Gives You A Bad Beat

Cashing in when the bad beat jackpot hits could be just the infusion you need to move up in stakes. If you put in a lot of hours at the tables, it isn’t all that unrealistic to assume that at some point you’ll be in the right place at the right time; especially if it’s a “room share” rather than a “table share” jackpot. You’ll need things to go your way and poker gods to show some favor, but at the end of the day, you’re in with a good shot.

Conclusion: If It Gets People to Play, It’s #goodforpoker

At the end of the day, people who aren’t hardcore poker players often need an incentive to pay a visit to the poker tables, especially as there are plenty of flashy slot machines and table games offering their own temptations within the casino walls. Promotions like bad beat jackpots can be the thing that tips the scales in favor of someone deciding to put in a poker session.

Technically work-related cause I later became a pro poker player: but first time I played live poker I could have won 64k in a bad beat jackpot but I didn’t know that was even a thing so I mucked my quads & left in disgust that they’d been beat. Most embarrassing moment heh https://t.co/h9X2BJLMV5

So, all in all, bad beat jackpots are worth the money being taken out of the pots. They create a much looser atmosphere, they attract people who generally aren’t all that into poker, and everyone is as likely to win. As long as you stick around, your turn for a bad beat jackpot will come as well.

When that time eventually comes, you’ll finally get that return on all that money that’s disappeared into the slot in all those pots you’ve won, and of course you’ll continuing to enjoy the loose games filled with jackpot chasers!