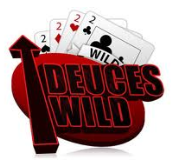 Like most recreational poker players out there, my main poker activities take place in home games with friends. Among the different games I take part in is my Dad’s weekly game, which has a reputation for being “the home of crazy wild card games”. You think a rotating mix of Texas Hold’em,Omaha, Stud, and Razz is tough? Try keeping pace with “dealer’s choice, anything goes” poker!

Any given night sees some of the most outlandish forms of poker games being played including, but most definitely not limited to: Follow the Queen, Dad’s Army, 3-Card Texas Hold’em, Cross, Tic Tac Toe, Jacks or Better to Open – Trips to Win, Rotten Pineapple, Kings and the Little Ones, Baseball, Deuces Wild, Anaconda, etc. Each different game has its own unique set of rules, which often include stipulations like: hi/lo declare, roll your own, lowest card on the board is wild, etc. If all of this doesn’t sound anything like poker to you, oh dear Texas Hold’em grinder, let me respectfully disagree and fill you in on what you’re missing.

The fact that so many more variables are brought into the mix when wild cards are introduced to “purer” poker games undoubtedly increases the luck factor. A full house doesn’t necessarily look so good anymore when five of a kind is a distinct possibility. Moreover, with 3 people left in a hand, you could theoretically just get lucky (for example by declaring “low” with total garbage holdings while your opponents both declare high) and “back into” half the pot once in a while. Added wild cards also increase the number of outs that a player has to overcome the leading hand of his opponent. This naturally leads to all players taking additional chances; i.e., sticking around in hands and generating monster pots.

Thus, if you’re looking to mix things up a bit and really challenge yourself in a poker game with tons of action, I definitely recommend trying out wild card games. A word to the wise though, joining an existing wild card game may be akin to Baptism by fire! The learning curve can be pretty steep as you learn each new game that the other players may already be familiar with. When I first started playing in wild card games, it literally took at least a dozen sessions before I had my first win. Ever since I learned to make the right adjustments, however, it’s been smooth sailing, just like in “regular” poker games.

Lastly, you won’t find these games being spread in your local poker room, but if you decide to try out wild card games, here are some tips that I’ve learned over the years that’ll be sure to help you out: