Many of us have been spending more time inside over the last few months, looking for new sources of entertainment online or going back to the ones we loved. Internet gambling has certainly been on the rise lately. Top online operators, like casinos on Casimple, have seen a significant surge in player numbers, both in terms of new signups and old players coming back.

The online poker world has been experiencing a mini-boom as well. With outdoor activities severely limited in most countries around the world, many people have found their way to the virtual felt. At the same time, though, the live scene has been suffering due to almost all major events and series being cancelled or postponed indefinitely.

The good news is that several top poker operators have come up with imaginative solutions for their flagship series by moving them online. So, if you have the itch to play and compete in events with large prize pools – or even win yourself a WSOP bracelet – keep on reading. 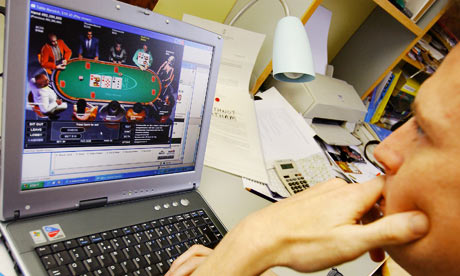 The World Series of Poker is the most iconic live tournament series there is. It’s been taking place annually in Las Vegas for decades. But with the current situation in the US and around the globe, the organizers have decided to postpone plans for a live WSOP until the fall and try something unconventional and innovative for the summer.

The 2020 WSOP Online will officially kick off on Wednesday, July 1, and will span across two months taking place at two rooms. For the first few weeks, there will be one bracelet event taking place on WSOP.com every day, open to players located in New Jersey and Nevada.

Then, on July 19, the World Series of Poker will go global, as bracelet events will go live on the GGPoker Network. The full schedule of events on GG Poker hasn’t yet been reveal but the 2020 WSOP Online is set to last until September 6. This will be the first time players physically located outside of the US will have a chance to compete for WSOP bracelets online.

The unfortunate news for the players in the US is that they’ll only be able to enter events hosted on WSOP.com. GGPoker doesn’t accept players from the United States, so it’s not an ideal solution. On the plus side, there will be plenty of cash up for grabs alongside shiny bracelets.

Partially overlapping with the WSOP Online is the WPT World Online Championships on partypoker.

The series will kick off on July 17 and will last until September 8, featuring $100 million in guaranteed prizes across 12 Championship Events. Each event will have three different flights with different buy-in levels, so as to allow all players to test their luck and skills regardless of their bankroll.

Moreover, partypoker has announced live coverage for the most important moments of this series and they’re planning to display real names of players at the tables. It may be an online series but the organizers are certainly doing what they can to make it as exciting and “lifelike” as possible both for participants and the audience of poker fans.

Unibet Open is quite the popular tournament series in Europe, and they certainly didn’t want to disappoint their many fans. While they’ve unfortunately had to cancel their upcoming live events series for the remainder of 2020, they’ve decided to see it through instead in an alternate manner, via a virtual setting.

The first online Unibet Open event was concluded on May 27 and it was the British pro Max Silver who claimed the victory in the €1,100 tournament, pocketing €77,320 for his efforts while topping the list among 373 entries.

Although the operator is still to publish official dates, there are two more similar events in the pipeline. The first one should take place in September while the second one is planned for December. Unibet Poker has put a lot of effort into creating a fun and relaxed platform catering primarily to recreational players, so getting involved with one of these could be worth it for the experience alone.

If you are a fan of tournament poker the way it used to be, you just might love what 888poker has to offer. Their Freezout Series is running between June 14 and June 29 and features 24 events that give you just a single shot at the glory. There are no rebuys and no re-entries. Once you bust the player, they’re done!

The series features $665,000 in guaranteed prizes with the highlight tournament being the $109 Main Event offering the guarantee of $200,000. There are multiple Day 1 flights taking place every day from June 14-29.

The Main Event action will culminate with the final day on June 29 that will bring all players who made it through Day 1 together to fight it out for the title. With so many starting flights and a relatively affordable buy-in, the $200k guarantee will likely be broken.

Of course, there are many other interesting events you might want to try. You’ll find all sorts of formats and structures, such as turbo tournaments and Progressive KOs, and this is a great way to warm up for the WSOP Online.

If you’re craving some action right now, the PokerStars Summer Series is currently underway as well. Things kicked off on June 7 but there are still quite a few events to check out before it ends on June 21. This includes two Main Events, both taking place on the last day of the Series, offering some serious money up for grabs.

Both tournaments feature a Progressive Knockout format. The first one can be entered for just $55 and comes with a guarantee of $1,000,000. The second one is for those with bigger bankrolls as you’ll need to pay $530 for your seat. The guaranteed prize pool is $2,000,000 though, so there is nice pile of cash waiting at the end well-worth fighting for.