Some of you reading this may know me as a co-host of the Just Hands Poker Podcast. My co-host (and fellow Cardplayer Lifestyle contributor) Zach Resnick and I are at a point in our lives where our we have very little in terms of responsibilities attached to a single location. Not having a job would be another way to put it. Like others before us, we decided to take a road trip. Unlike many of those before us, our road trip will feature poker at just about every stop.

Our itinerary will take us across the country and both coasts. Naturally, we will be experiencing a large cross-section of American culture and poker culture. These regional differences in American culture are something about which I’m well aware, even if I haven’t experienced them in large doses firsthand. Regional differences in poker culture, however, are something I have heard very little about and have thought about even less. 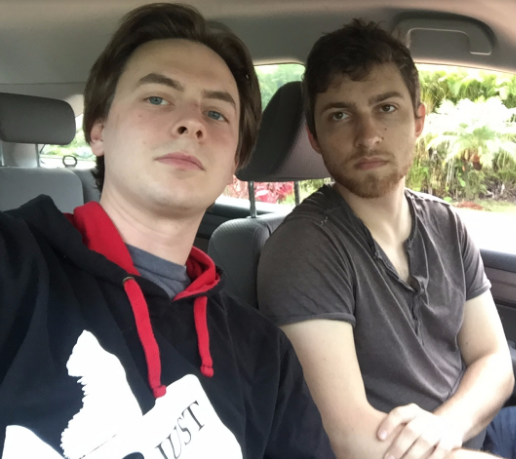 I met Robbie, the founder and editor of Cardplayer Lifestyle, when we interviewed him on Episode 17 of our podcast about an unbelievably fun home game variant called SHOP. In our later conversations, we decided Cardplayer Lifestyle would be a perfect host for a series of articles documenting differences in poker culture and poker quality across the country.

Over the next couple of months, I’ll be comparing the poker scene at casinos and card rooms in Washington DC, Florida, Mississippi, Louisiana, Texas, Arizona, Nevada, and California. I’ll also throw in some tidbits about the Midwest and Northeast poker scenes to compare and contrast. For the statistically inclined, I’ll be rating these casinos and card rooms on five specific measures and then give one overall score. So with that, we’ll begin, like the trip, in our nation’s capital.

The drive from Reagan airport to the MGM National Harbor is a short one. This was rather fortunate given several thwarted attempts to revisit the casino since its opening month. This MGM, one of the few casinos on our upcoming trip at which I’ve already played, has been extremely kind to me. The first time around, long wait times and managerial disorganization were overshadowed by the high quality poker action. Spirits were high at the tables as new players and out-of-town pros enjoyed each other’s company for the first time. Three months later, I was curious how the room, games, and overall atmosphere may have changed.

Returning to a poker room after months or even years is a surreal experience. Familiar faces abound stirring up the memories and emotions of past hands. There goes the fish who two-outed me on the river bluff raising KK into my set of jacks on an A-high board on the turn. Here comes the old reg against whom my “float to bluff” turned “rivered gutshot” turned “perceived suckout” still brings back feelings of animosity. Luckily, I went relatively unnoticed outside of a few friends.

I find the MGM National Harbor games to be on the serious side. Players often appear to be relatively affluent and well-educated compared to what I’ve experience at other casinos. There isn’t a lot of drinking and most players are trying their hardest to win, albeit poorly. Table talk tends to be sparse and rather cordial. Tables erupts into laughter far less often than optimally.

Much of this behavior can be traced to the high ratio of pros in the room. There is a lot of money flowing into these games, enough to support a sizable core of reasonably competent pros. A game can still be excellent with three or four pros at a table of 10, especially the tight-aggressive-type pros common at MGM, but they are much harder to ignore if you are an amateur player.  When you have enough people quietly paying attention, taking time with decisions, and playing aggressively, the table tends to mirror those behaviors.

While it’s nice to be able to put on headphones periodically during a long session without missing much or changing the vibe, the trade-off is not worth it. When the booze is flowing and the table is talking and laughing, the game tends to be much more enjoyable and profitable. If the local pros made more of an effort to engage with amateur players and didn’t do things like instantly muck to a clearly value-heavy bet from a fish, the games would change for the better. 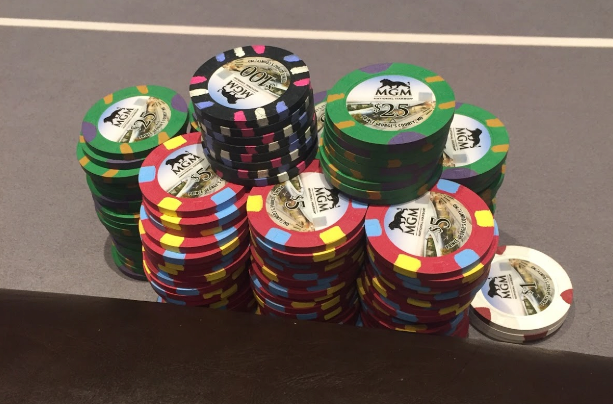 MGM’s greatest strength is their game offerings and the structure. Hold’em regularly goes up to $10/$25 and all of the games have a relatively high cap. While this tends to benefit pros more than amateurs, it does make the game a lot more interesting and exciting. At $2/$5 and below, there are always several tables running in case you get stuck with an undesirable bunch.

In addition to the NLH action, Omaha games and limit games are abundant in scope and size. I played a few hours at an excellent $1-$2-$5 5-card PLO game that had two tables going. Regardless of what you like to play and how big you like to play, MGM probably has your game.

The excellent game structure has a lot to do with game quality. At $2/$5 NLH, for example, the average stack size is often over 200BB. That being said, the constant presence of decent to very good players is a damper on the whole thing. At least on a weekday night, I’d say the action is consistently very good, but rarely great.

As addressed above, the table talk is lacking. It’s not as bad as some rooms where everyone is just miserable, but it’s very far from a home game atmosphere.

I’m sorry to say that the staff is very limited in both size and willingness to help. If you want a table change, you will have to constantly hawk the floor-people. Luckily there’s a self-serve coffee station, since wait times can be very long for beverages. They have a really nice table-side food service from the food court, which features a shake-shack among healthier alternatives.

The first buy-in is at the table and you can transfer with more than the buy-in cap, two big pluses in my book. On the weekends, expect a long wait, but on a weekday I was able to get right into $2/$5 and only waited 25 minutes to get into 5-card PLO.

The only drawback here is the lack of public transportation. Located just outside of DC proper, the MGM is easily accessible and benefits greatly from the wealth of the area’s population. The grounds are beautiful and the casino is new and extremely clean. Parking is plentiful and convenient. If they had a bathroom closer to the poker room, it would be perfect.

The diversity and quality of the games as well as the ease of access make the MGM National Harbor the place to play in DC. You won’t find the juiciest game of your life in this room, but you also won’t get stuck playing $1/$2 with a bunch of short-stackers.