Super High Roller Club is a six-part video series in which we discover more about the lives of some of the most famous high roller poker players in the world. The six individuals featured are Brandon Adams, Nick Schulman, Farah Galfond, Antonio Esfandiari, Phil Hellmuth, and Daniel Negreanu.

Presented by Ali Nejad, the videos are each between 8-11 minutes long and split into two parts. Firstly there’s an interview portion in which we get to find out a bit more about the lesser known players, and get answers to some burning questions we’ve always wanted to ask some of the bigger names.

What Super High Roller Club does really well is mix the old with the new. You have the likes of Galfond, Adams, and Schulman, who we discover things about for the very first time. The three, although exceptionally talented high rollers, have never had “that one signature breakout score” that would truly catapult them into the limelight. Thus, it’s great as a poker fan to have the opportunity to find out about them.

For example, Schulman tells us the story about the first time he played poker, while Galfond dishes about her first experience playing in Ivey’s Room, where she followed up two losing sessions with a six-figure winning session to get back into the black. 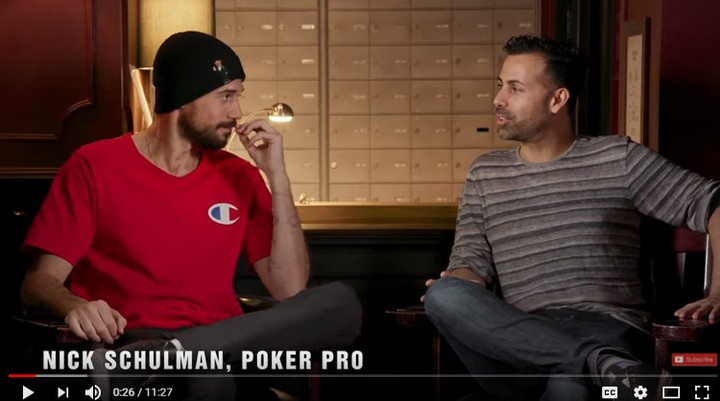 When it came to watching the videos, I saved the best until last. Antonio Esfandiari, Phil Hellmuth, and Daniel Negreanu are three of the most famous poker players in history. I doubt there’s a poker fan in the world who can’t name the three of them, along with the accolades they are best known for, namely winning the inaugural $1,000,000 One Drop, winning a record 14 WSOP bracelets, and being the all-time money list leader, respectively.

The interviews themselves were great. We hear about Esfandiari’s struggles moving to the United States from Iran, Hellmuth playing in what he called ‘The Doctor’s Game’ as a fresh-faced 20-year-old, and Negreanu’s drive to keep up with ‘ze Germans’ in today’s high roller scene.

There is, however, one issue I have with the series, but it’s more disappointing than annoying. The interview and activity portions of each video aren’t evenly split, with the activity portions eating up the lion’s share of the time in each episode.

For instance, in the seven-minute-long Brandon Adams episode, the vast majority of it is coverage of a tennis prop bet (which – spoiler alert – Adams fails to win). This was disappointing to me because in the episode’s intro, it is mentioned that Adams is a Professor of Economics at Harvard University, something that I, for one, definitely would have liked to have learned more about.

Moreover, I personally would have liked to have discovered more about Esfandiari’s 2012 Big One for One Drop win and how that changed his life in much the same way his WPT victory did, instead of watching him going wine-tasting. So, too, a sit-down chat with Hellmuth is a rare treat for any poker fan, thus getting to delve behind the persona that he often embodies would have been quite intriguing. Instead, we are “treated” to a shopping spree. You can watch the full Hellmuth episode below.

By contrast, however, the Negreanu episode was rather strong in my eyes. Everyone knows that Kid Poker is obsessed with hockey. Negreanu’s was the last episode, and after having consumed the rest of the series, I was already expecting the hockey portion to take over the video. However, Nejad asked some really great questions about the current state of live poker and Negreanu, to his credit, gave well-thought-out and informed answers. Then, they went and played hockey. 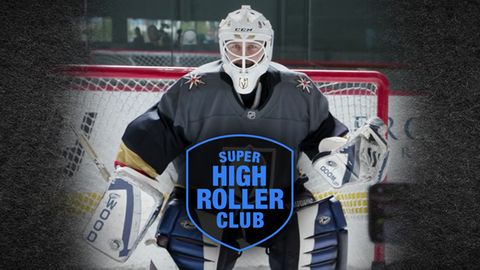 Ali Nejad is a really good presenter, perhaps even better than when he is fronting live poker! He comes across as knowledgeable about each particular player, without trying to be too friendly towards each of them. It’s also clear that he enjoys interviewing these players, without lauding it over the audience that he gets to do so.

To clarify, I don’t mean to imply via my aforementioned critical comments that three minutes isn’t enough time to interview someone. A lot of interviews that are conducted at live events are done in this time frame. With the backing of a company like PokerGO, no time pressure – as one might have while on tournament breaks, and the high production quality in the rest of the Super High Roller Club videos, I was hoping for more of a sit-down feel to really go behind the scenes with some of the players featured.

In the world of poker, any content with top names is pretty much exciting by definition, so I’d definitely recommend the Super High Roller Club series to a friend. I’d just note that it’s best enjoyed when going into it without any expectations.