Think of London and you think of many places for a tourist to visit: Big Ben, Westminster Abbey, The London Eye, the Tower of London, The Thames River, London Bridge, Buckingham Palace, The Globe, Harrods, wonderful theater, and extraordinary museums.  Let me humbly suggest that you may wish to add one more item to that long list of things to do in this great British city: PLAY POKER! 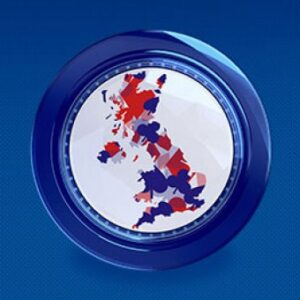 Though generally not known for it, London has quite a robust poker scene, with eight regular public poker rooms scattered throughout the city’s old and new casino sites.  They are each accessible by the excellent underground train system.  I visited and played in six of them — and was duly impressed. This is the first article in a three-part series in which I’ll do my best to let you know what you can expect to find in each, so you can figure out which room best suits your poker playing desires.

Poker rooms have changed since I first played in London 17 years ago.  In those days, the casinos were viewed as private clubs.  Players had to join at least 24 hours before they were allowed to play. And there were relatively strict dress codes.  Today, with the exception of the upscale Palm Beach Casino, players can “join” upon entrance.  And there are no serious dress codes (though shorts and tank tops are generally frowned upon).

There are two broad categories of poker rooms in London: the major “must visit” poker rooms that generally run 24 hours a day; and the minor rooms that only run in the evening.  The former consist of: Aspers, Empire, Hippodrome, and The Poker Room at the Grosvenor Victoria Casino.  The other places include: The Palm Beach in Mayfield, Grosvenor Leicester Square, The Genting Mint at Cromwell, and The Golden Horseshoe in Baywater.  There are also some private gambling clubs that may spread poker from time to time, as well as pubs that have free tournaments, but I won’t be looking at any of those places in these columns.

With 36 poker tables, Aspers is recognized as the largest of the London poker rooms (followed closely by The Poker Room, formerly known as “The Vic”).  It is located right near the Stratford underground stop.  The Aspers poker room is inside of a modern casino that is itself located in an urban mall — surrounded by high-end stores, restaurants, and the like.  The poker room, though nothing fancy, is perfectly adequate in all respects.

There are new tables that are very well lighted, with fairly new cards and chips.  The chairs are just a step above banquet seating; and the televisions are generally visible but not overly large or numerous.  There are very few player perquisites.  Tap water is available.  There is a poker menu that is half price for regular members.  (There is a players reward program that players ascend based on their level of play and frequency of play.  Poker players typically are on the lowest rung, though daily players may move up to higher categories.) 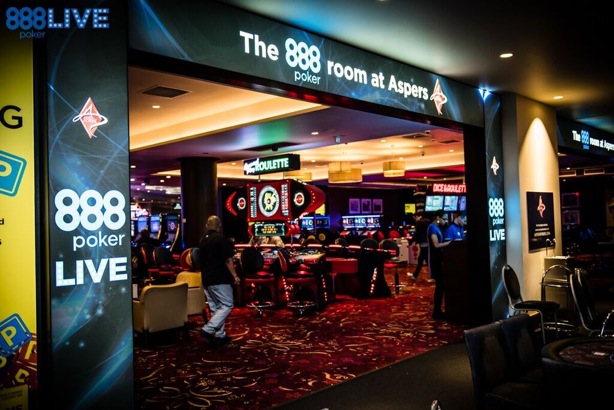 The room also regularly spreads tournaments.  There are two daily tournaments, at 2pm and 8pm as well as larger monthly events associated with their online sponsors, 888poker.  Check their website for time and buy-in, as these change regularly.  One of their most recent monthly events had a £250 buy-in with £100,000 guarantee, that they “blew out of the water”.

Overall, Aspers is an excellent room, generally well run, if a little short on comps and niceties.

I’ve always been a fan of poker and whenever I travel I try to find some place to play. Thank you for the post, I’ll definitely hit some of them up when I travel there!