As the biggest event on the poker calendar kicked off yesterday, you’d think it would be impossible for any other poker story to overshadow the start of the 2011 World Series of Poker. Lo and behold, Phil Ivey, arguably the biggest name and best player in the game (and future Poker Hall of Famer), accomplished just that with a simple press release. Poker’s biggest star has announced that he will be boycotting the WSOP this year! 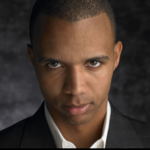 Creating infinitely more buzz by staying away from the felt than by playing, Ivey’s absence is meant to protest Full Tilt Poker’s inability to begin paying out money to U.S. players for over six weeks since Black Friday. This absolutely heroic and selfless move means Ivey is depriving himself of the opportunity to play on poker’s grandest stage and potentially accumulate additional winnings and championship bracelets.

Until now, Full Tilt Poker has been noticeably quiet about its intentions to return players’ money, only periodically posting updates on poker forums, as opposed to full press releases (or actually refunding the money!). Ivey had enough of the stalling and has electronically filed suit against the marketing company behind the online poker site. My gut tells me that the coming weeks and months (possibly even years?!) will be very eventful as relates to Full Tilt Poker-related news.

Who knows if Ivey will follow through on the announcement or if the lure of money and bracelets will cause him to renege on his announcement and hit the tables after all? On the other hand, if Ivey is serious about this boycott, perhaps it might even extend beyond the WSOP and we might not even see him grace the live poker tournament felt for an extended period of time. I suppose time will tell.