Back in 2008, my buddy Moshe took a trip to Las Vegas with a friend of his. They were both single at the time and really into poker. With little in the way of responsibilities, they did a bit of sightseeing and a lot of poker playing in the great brick and mortar rooms Vegas has to offer. I spoke to him many times during that trip of his, and what I recall most vividly was his description of how easy it was to win. 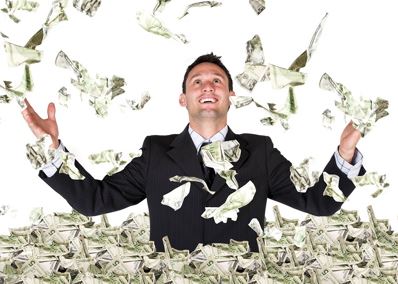 I had played with both Moshe and his friend countless times in home games and, respectfully, while they weren’t bad players, I wouldn’t have called either of them “stars,” nor would they have considered themselves to have exceptional poker skills at the time. Yet, all I heard on the phone was “Robbie, it’s like we’re printing money here!” He almost sounded like an ad for the lottery or for an online casino: “Wish you had an extra couple hundred bucks? Just pay us a visit, play for a couple hours, and walk away a happy man!” He even confided in me, once he got back home, that he was actually considering dropping everything and moving there to see if he could play the game professionally!

All the while, I was sitting at home in Israel wishing I could be out there and printing some of that money for myself. I was a consistent winner in our home games. If those guys could fly out to Vegas and make $200-$300 a day so easily, why wasn’t I doing that? Well, the answer was pretty straightforward:

And so I continued sitting at home in Israel, haunted by Moshe’s stories of how I was “leaving money on the table” by not going to play in Vegas. For years, I “toiled away at regular life,” awaiting the time when I could finally take my own poker trip, always harboring that dream that once I’d get there I could print money, too. Finally, in 2012, I got my chance to head out to Vegas. I took my entire bankroll with me, which I had painstakingly built up over years of infrequent $.25/$.50 home games. I would only have four days there, but I was thrilled at finally having the opportunity to “run it up,” and couldn’t wait to arrive home in Israel with a nice little wad of cash to show my wife. I quite literally envisioned myself saying “See! I told you so, honey!”

Well, if you’ve gotten this far in the story, I imagine that given the title of this blog post you know what actually happened.

I lost everything. Every. Single. Cent. My bankroll = poof! Gone.

Oh, and then I “borrowed” money from our own personal funds to boot.

Yup. You guessed it. I lost that, too.

I still remember sitting on the floor in a corner of the hotel lobby after I had checked out. I had lost in every single cash game session I had played. Suddenly, having to head home, it hit me like a ton of bricks. I started crying uncontrollably. How would I ever explain what had happened to my wife? How would I ever make enough money in my little home games to pay us back what I had borrowed?

It was the biggest “poker mistake” I’ve ever made; one that took me two years to correct.

Every Poker Clould Has a Silver Lining

It’s said that hindsight is 20/20. Sitting here now, writing up this story, I have a knowing grin on my face. Looking back, Moshe had taken his trip in the midst of poker’s boom years. Money was flowing, fish aplenty were donating at the tables, and pretty much anyone with half a head for poker was winning back then. By the time I finally made it out to Vegas, things had changed. Four years is an eternity in modern-day poker. By 2012, the players had gotten better, the economy had gotten tighter, and my “half a head for poker” wouldn’t cut it anymore. I was the fish, and I got swallowed whole. Moshe never ended up moving out to Vegas. He came back to Israel, got a job, and started a family. In fact, he barely even plays in home games anymore. To this day, however, he maintains that had he moved out to Vegas back then and started grinding, he would have ended up being a pretty decent player even now.

I agree with him. It’s 2018 and anyone with half a head for poker realizes that the only way you can turn pro and be successful is by being willing to plunge into the game full-time, take poker courses and study as hard as you can, and dedicate yourself to constant, consistent improvement.

As for me, longtime Cardplayer Lifestyle readers pretty much know what happened.

Some kind of huge personal news: I’ve quit my job and am starting to do poker media work full-time (article + video) https://t.co/vIUosGCmfO

Oh, and I might not be able to print money when I visit Las Vegas, but at least I now get to head out there once or twice a year.

…and I’m still a winning player in my home games.