Is Poker Dead? Examining the Health of Poker’s Greatest Story – Its Own

Poker is inextricably wound up with the craft of storytelling.

The way you present yourself at the table is a story; the amount of chips you toss into the pot is a story; the reason you play the game is a story. It could be that you remember the rush you got the first time you played poker in Las Vegas. Or maybe, you look forward to the release that comes with that first soft “hissss” of a cold beer as you unwind with your buddies at a home game after a tough work-week.

But today, whether you are sitting down at a poker table at a casino, in a basement, or on the Internet, the most likely scenario is that the story you are telling didn’t begin as your story. The odds are that you are in fact a single author continuing to write a tome spanning over a decade now, and enjoying contributions that span the four corners of the globe. And that book – that story of modern poker – begins with a single word: “Moneymaker”. 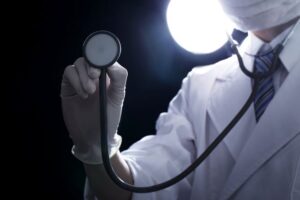 Is it some inside joke of the poker gods that those two words, “money” and “maker”, would combine to be the bedrock of the resurgence of poker into the mainstream? I’ll leave that question to the theologians. All I know is that it’s true.

When Chris Moneymaker won the World Series of Poker Main Event, he provided the prologue. After that, PokerStars published the first edition of the book. The story started with personalities; the story will not end until there are no personalities left to tell it. And contrary to what so many in the poker community may be saying, there are still plenty of amazing personalities in poker that add pages every day.

I have a friend who frequents Canadian online casinos because he caught the Daniel Negreanu PokerStars bug after watching a casino game provide the Canadian legend with the life he had always dreamed of. But even though poker can only produce so many Daniel Negreanus, there is no limit to the number and variety of compelling stories that it can tell.

Indeed, a new generation of poker personalities is showing how poker can be a transformative force in a person’s life and free them to live on their own terms… and they don’t even need to leave the comfort of their homes to ride that wave.

Social media is just the beginning. The power of personality in poker is branching out. PokerStars’ Neymar Jr. acquisition this year proved that the stories the game has to tell have appeal not just to a small subset of gamblers and dreamers, but to the unmatched global audience for sports.

This shouldn’t be a surprise. Poker and sports have a natural synergy simply because there is no larger venue for storytelling than professional sports. Iconic sports moments are burned into collective consciousness as a source of pride, joy, and hope. Fans, cities, and nations give their sports stories titles like “The Miracle On Ice”, “The Catch”, or (in an extreme, media-hyped example) “The Decision”.

With the work of taking the game out of the cultural shadows largely complete, fans of poker can look forward to the relationship between the game and other cultural storytelling vehicles to become more and more profound as time goes on. It’s no accident that Alex Dreyfus wants to “sportify” poker.

You Can’t Kill an Idea

Poker has had a rough few years, but with every article written asking if the game’s time has passed, we only reinforce the reality that the opposite is true.

Poker evolves. It started on steamboats in the aristocratic culture of the American South, moved to the wilds of the American West, took a pit stop in New Jersey via Hollywood dramatization, and has now found its way onto the Internet and into every corner of the world.

Poker isn’t just a card game. It’s a book, writ-large where you, too, can pick up your pen and seamlessly scribble a few lines of your own story within. It’s the beer with friends; the miracle river card; the dream to be the best in the world at something. The idea of what poker is is as varied as the stories of the individuals telling it. 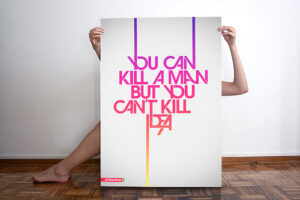 And that’s why it will never die. It’s an infinite loop of self-enforcing storytelling that has already adapted to new cultural realities, new challenges, and new opportunities.

Great article! Reports about the death of poker are highly exaggerated.

One comment though – the article gives sole credit to PokerStars, There are a LOT of other players in this game all over the world. Poker is a global sport / game / however you classify it, and credit should be given to all players / companies / sponsors helping to promote it wherever it’s legal, and in efforts to make it legal everywhere.

Thanks so much for the kind words Ellis! You are absolutely correct that many companies and people have combined to make poker a success, and I’m sorry if I gave the impression to the contrary. PokerStars is just one player – but it is the one that had the largest role in leveraging Moneymaker’s ME win into cultural capital. Fast forward to 2015, and it’s still considered all but synonymous with online poker in the United States despite being out of the market for several years already. Many American’s still think online poker is illegal nationwide, despite it being quite legal in three states; that will change overnight if PS gets into even just a single state. That’s why I chose to highlight their role in the modern game, but there are absolutely others and I didn’t mean to imply otherwise. Thanks again for reading! I’m really glad you enjoyed it!

Bradley, for a newcomer to poker you have a healthy respect for its history! Poker will never die – its demise has been predicted every decade since the 1800s – but the attention given to poker – and especially the online game – may surge and wane. It’s not about the characters, however, it is about that “outlaw” nature of the game, the chance for a person to be what they want to be rather than the dictates of society. IF poker ever has the “outlaw” nature fully pulled from it, then it will become less than what it is today. By the way, have always wanted to try the skeleton but, at my age, bones don’t heal like they used to!