Apparently Uncle Sam was tired of playing the part of Ebenezer Scrooge. Rather than continue to rain on everyone’s parade and give online poker fans big ol’ lumps of coal, the U.S. Department of Justice unexpectedly stuffed our stockings with an incredible public statement over the weekend: the 1961 Wire Act does NOT officially prohibit online poker! 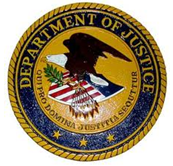 Those unfamiliar with the technicalities surrounding online poker’s legality in the U.S. can be forgiven for wondering why a DOJ statement on a 40-year-old Act of Congress merits any mention. The fact is that the 1961 Wire Act has been the basis for the DOJ’s efforts in prosecuting online gaming operators. In a 13-page legal opinion published last week, written by Assistant Attorney General Virginia Seitz, the DOJ essentially stated that the Wire Act is only applicable to sports betting, thus de facto excluding online casino gaming and online poker from being illegal.

What About the UIGEA?

Under the UIGEA, companies are prohibited from accepting payments related to online betting, but intrastate wagering is an exception to the rule unless specifically prohibited, like in Washington state. Thus, nothing truly stands in the way of states legalizing online poker within their borders.

As reported on this poker blog in the past, Nevada is blazing a trail to do just that. Further to that effect, last week Nevada legislators officially agreed on rules that allow companies to apply for licenses to operate intrastate online poker rooms. Among these rules, such companies must:

Estimates are that these companies might have their sites operational by the end of next year. 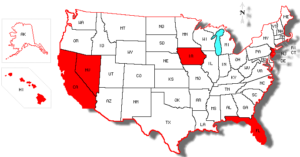 So What’s the Next for U.S. Online Poker?

Now that the door has officially been opened for intrastate online poker, what remains to be seen is whether individual states that would legalize it would in fact band together to create an interstate network and larger online poker player pool. This poker blogger foresees this happening eventually, but probably not in the coming year. The states most likely to band together: Nevada, California, Iowa, New Jersey, Florida, Hawaii, and possibly Washington, D.C. A slew of Indian tribes that run land-based casinos across the United States are also likely to try and get in on the action.

Though not extending to the full U.S. population, tens of millions of people legally being allowed to play online poker is far better than the status quo.