Something pretty awesome happened in the poker world a couple days ago. Daniel Negreanu took down the €25K High Roller Event at the World Series of Poker Europe to win his 6th career bracelet. In the process, he also earned enough points to clinch WSOP Player of the Year honors. That makes Negreanu the first to win the award multiple times (he won it the first time it was given out, back in 2004). 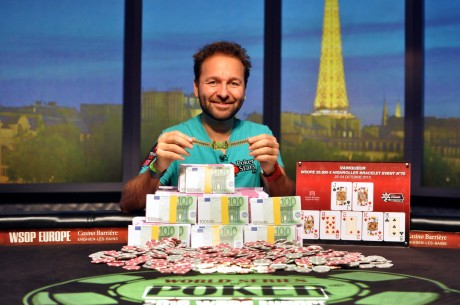 Negreanu is having (yet another?) career year, with his poker achievements essentially having catapulted him from “poker superstar” status into “all-time great” status. With poker being the ultimate “individual pursuit”, it would stand to reason that the only person benefitting from Negreanu’s successes at the felt would be Negreanu himself. I contend, however, that each time KidPoker tastes poker success it benefits everyone in the game. Here’s why.

Professional Golf and Tennis Have Their Poster Boys (and Girls) Too

While the debate will seemingly rage on forever about whether or not poker is a sport, there are two bona fide sports that definitely stand out as highlighting individuals: gold and tennis.

Taking the example of PGA golf, we can examine the case of Tiger Woods. When he burst onto the scenes in the late-1990s, the sport experienced a boom like never before. As Tiger slowly but surely added to his legend, winning title after title, more and more people became interested in the game of golf. Little kids started begging their parents for sets of clubs, especially after seeing what 3-year-old Tiger could do.

With 14 Grand Slams to his name and tens of millions of dollars in prizes and endorsement money in the bag, Woods has surely tasted plenty of individual success, but it’s inarguable that the game of golf benefits when he’s in the hunt for another title – and of course whenever he wins.

Some lesser names in the sport have a similar effect, with the McIlroys, Mickelsons, et al. each making for great headlines every time they win big, but nothing captures mainstream attention like Tiger’s on-course roar.

So too, in men’s tennis (the ATP Tour). Each generation seems to be blessed with a few big names to follow. Now we’ve got Djokovic, Murray, Nadal, and Federer. The previous generation had Sampras, Agassi, Edberg, Courier, and Becker. When other players won titles and Grand Slams, the sport as a whole stagnated. But when the biggest stars of all shone through and added to their win totals, the game of tennis as a whole just grew that much larger.

Of course the same holds true in professional women’s golf and tennis as well as other more minor sports that highlight individual performances, like swimming, figure skating, and track and field.

How Does Poker Benefit?

The common thread among all examples I gave above is that the sports benefited when their biggest starts succeeded. How so? Follow the path here:

When the [insert online poker screenname here]s of the poker world win big, I truly don’t think there are any additional beneficiaries aside from those players. When Daniel Negreanu wins big while playing poker games online, people notice and care; so does the media.

When [insert random lucky recreational poker player’s name here] wins a live poker event, sure it’s a feel-good story, but now, in 2013, we’re beyond the Moneymaker effect. These wins create headlines that beg the question of “uh, who?”… and that’s not good for poker. 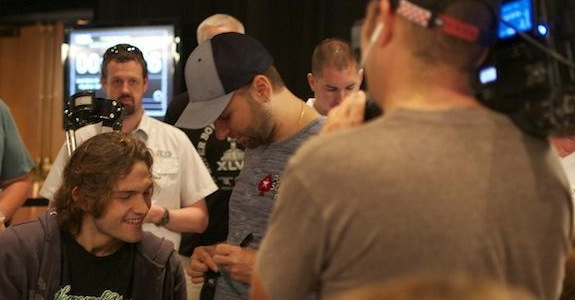 Where there’s Negreanu there are always cameras and poker fans. Image credit Pokerlistings.com

Poker is always looking to crown “the next big star” and more often than not, one big poker tournament after another, it simply just doesn’t happen. But the tried and true formula for the game’s success is when the winners – and I’m talking the big winners like Ivey, Hellmuth, and Negreanu – keep on winning.

I know of no videos of Negreanu scooping penny, nickel, and dime pots from family members when he was a little kid, but rest assured that if they were to ever surface, they’d only serve to build KidPoker’s legend further, and galvanize that many more future poker players to ante up for the first time.

That Doesn’t Mean No Other Poker Player Should Win

The legends of golf, tennis and other individual sports are so remarkable simply because they’ve been able to outlast their competition over and over again. Other top 10-ranked players don’t just lie down and let the superstars move on to the next round. They fight tooth and nail to try and advance themselves.

When Phil Hellmuth had 3 runner-up finishes at the WSOP in 2011, it felt as though the whole poker world was rooting for him to break through and win bracelet #12. However, John Juanda, Brian Rast, and Eric Rodawig wouldn’t let that happen. Perhaps with the exception of Juanda’s win – and that’s pushing it – with no offense to those 3 fine poker players, what people remember now, and will always remember is that Hellmuth was in contention and just missed out on adding 3 more bracelets to his already career-leading total. Those experiences made his 12th and 13th bracelet wins that much more meaningful to him, and everyone in poker who was rooting for him. 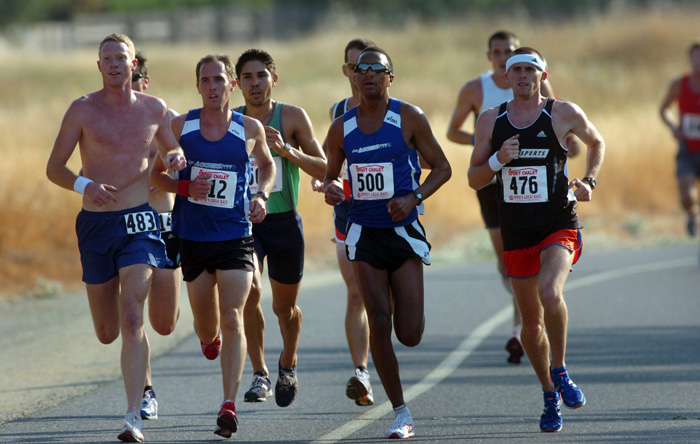 Any runners in a poker tournament should try their best to win… no matter who is in the race.

It was a similar story with Negreanu, having finished runner up to Barry Shulman at the 2009 WSOPE Main Event and going 5 year in between bracelet wins. Nonetheless, steady continued success at the felt ensured Negreanu remained a household name, setting the stage for a “poker celebration” when he broke out and captured 2 bracelets and WSOP Player of the Year this year. He would’ve won a third of his own had he defeated Eli Elezra heads-up earlier this summer!

When Daniel Negreanu wins, it keeps TV ratings strong. It keeps Web traffic to poker sites strong. It helps attract more endorsement dollars to the game of poker. There’s a reason that when it comes to poker news I “filter out” other stuff but almost always write about him, Ivey, and Hellmuth. It’s what poker fans want to read. They’re the faces people want to see. They’re the game’s biggest winners. And they make people want to sit and play more poker.