Making his 2nd deep run in as many weeks at yet another $10,000 Championship event at the World Series of Poker, Phil Hellmuth must have felt that it was his destiny to finally break through for another bracelet 4 years after his last win. This time Hellmuth was facing Eric Rodawig in 7-Card-Stud Hi-Lo, but after outlasting a host of other former bracelet winners, Rodawig’s chip-leading stack ultimately proved too much of a roadblock for Hellmuth to overcome. 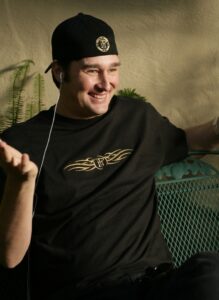 A total of 168 players ponied up the hefty buy-in for this event which paid just the top 16 finishers. Just to illustrate how deep of a field it was, among those 16 who cashed were Bill Chen, Cyndy Violette, Phil Laak, and Erik Seidel; and none of them even made the final table! The final table included a murderers row of poker pros, including Joe Tehan, David Benyamine, 5-time WSOP bracelet winner Ted Forrest (finished 4th), and last year’s Main Event runner up John Racener (finished 3rd).

Watching the live stream, the atmosphere was electric once Hellmuth reached heads-up action. Though he started at a decisive nearly 5:1 chip disadvantage, Hellmuth courageously and painstakingly clawed his way back into the match, doubling up more than once and scooping a few pots to stay alive. Cheered on by good friends Jean-Robert Bellande and former Main Event champ Huck Seed, Hellmuth, a true champion, put up a great fight but it was all for naught in the end.

Though the all-time leader in bracelets won at the World Series of Poker, Hellmuth still has yet to score a victory in a non-Hold’em event. Clearly disappointed, Hellmuth was gracious in defeat and will have to be comforted by the over $270,000 in 2nd-place prize money.

Phil Hellmuth for WSOP Player of the Year?

The all-time leader in WSOP final tables made and in-the-money finishes, Hellmuth has won half a million dollars thus far at this year’s World Series of Poker.  Perhaps more importantly, he is also now the leader in this year’s WSOP Player of the Year Race. If he manages to finish the summer atop the leaderboard in that race, even without any hardware, Hellmuth will still have plenty to brag about. The Cardplayer Lifestyle poker blog is rooting for you Phil!