Has it really been five years? 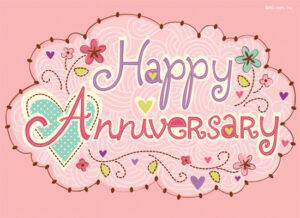 I still remember that shabbos afternoon when my friend Avi asked me if I would be interested in starting a poker blog. He said something to the effect of: “Well Robbie, you follow poker anyhow and you know how to write, so why not?”

My, what a journey it has been since then! Looking back, I’m honestly astonished to see how far this poker blog has come. Having started out with month after month after month of fewer than 500 people visiting this site and now being at a stage where that many people often check out our articles in a single day is incredibly fulfilling.

While I’ve always written with an audience of casual poker fans and recreational poker players in mind, numerous higher ups and notables in the poker world are also paying attention to what we publish. I say “we”, as I’m grateful to have had a number of great poker writers contribute to this blog as well – thanks so much to all of you.

I’d be remiss if I didn’t mention two specifically incredible things that happened during our fifth year of operation – I still can’t believe it:

1) I had the rare pleasure and honor of conducting an interview with Phil Ivey. You can also read my follow-up post on how it happened and what interviewing Phil Ivey was like.

2) This blog has been fortunate enough to have gained an audience with the world’s most influential player, Daniel Negreanu. I’ve even developed a bit of a rapport in communicating with Daniel once in a while, despite never having met him in person. To that I can only say “thank you so much sir, for being way beyond awesome!”

As I’ve often written in these pages, at my core I’m just another poker fan. To a large extent, I feel like milestones like these are the stuff a fanboy’s dreams are made of.

The Year in a Nutshell

If I had to encapsulate this year in one statement, it would be to say that “this was the year that Cardplayer Lifestyle finally broke through and truly emerged on the scene.”

While we don’t often do any breaking poker news stories here, we’ve carved out our little niche as a site that’s proud to be publishing:

Where Do We Go From Here?

I’ll be doing a full rundown of the year’s highlights in about a month or so, when I evaluate how I’ve done vis a vis the top 10 poker goals I set for myself for 2014 and list the year’s top articles.

Looking towards the future, I’ll be thinking up a new list of concrete goals I want to achieve with this poker blog over the coming year. That said, generally speaking, I hope that Cardplayer Lifestyle will keep on publishing more of the same type of articles and posts you like to read and share with your fellow poker lovers. To be a poker fan is to simply enjoy being entertained by w 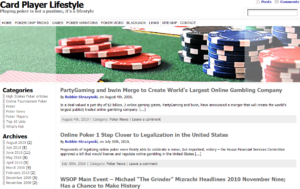 A bit embarrasing, but yup – this is what Cardplayer Lifestyle used to look like when we first started out

hat poker has to offer, and I see it as my responsibility to create precisely that type of content for you.

As motivated as I am to keep on dedicating so much of my spare time to running Cardplayer Lifestyle, I simply couldn’t justify it without the support of our advertisers who make this endeavor financially worthwhile. From the bottom of my heart, thank you for enabling me to do what I love.

Thanks to all of you for having taken the time to read this “state-of-the-poker-blog” address and I hope you stick with us for another five years as we grow towards greater heights.