Assessing My Top 10 Poker and Poker Blog Goals for 2015

I feel so fortunate to be sitting here at my desk tonight and typing up this poker blog post. Just over six years after founding the Cardplayer Lifestyle Poker Blog, I look back and am astonished at how far it has helped get me in the poker world. I’m so grateful that, at this point, many “poker people” have heard of me and I’ve got a loyal following. Once upon a time I was a know-nothing, naïve enough to think “Summary of Poker” would be a great title for a first post and thrilled for this site to occasionally surpass 10 total visitors per day. Thankfully, all the hard work and persistence has paid off. 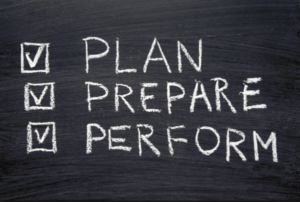 In any event, 2015 was an absolutely incredible year for me as far as “everything poker” was concerned and that’s partially due to having aimed high when setting last year’s poker goals. Here’s a brief rundown of how those went:

1. Begin sending out a monthly newsletter

Unfortunately, I did not begin sending out a monthly newsletter. During the first week of January, I took a promising first step, having met with my good friend – and occasional poker blog contributor – Justin Butlion, who showed me the ins and outs of how to get started. A few days after we met for dinner, however, I started a brand new job, which has proven to be the most challenging and fulfilling position I’ve ever taken. Interestingly, as part of my full-time job, I regularly compile an internal company newsletter – so I’ve even put some of the requisite skills into practice, but a monthly newsletter of my own for regular readers of this blog just hasn’t materialized.

Close enough. I’ve published 79 articles here this year, including this post. Some months were slower and some months saw a greater than average content output. Overall, considering how busy I’ve been at my full-time job, often with poker-related work for PokerUpdate.com, I’m pretty amazed and grateful that I managed to meet this goal. Once again, I’d like to thank my loyal contributors for helping me get there.

Let’s look at the glass as half full. Having started off the year with 350 fans of my Facebook page and 945 Twitter followers, those totals now sit at 524 and 1,436, respectfully. Let’s hope 2016 sees those numbers continue to grow.

4. Maintain traffic of 6,000 visitors per month

Sadly, I missed this one. Overall, average monthly traffic to this site was down approximately 20%, hovering around the 5,000 visitors mark. Some months were pretty dismal, while others were fantastic. For what it’s worth, my site stats indicate precisely what I can attribute the declines to: less direct traffic and fewer visitors from social media. Hopefully we can work to turn this trend back around in 2016. At least organic search traffic was up about 15% this year :-).

Well, halfway there is better than completely striking out. Way back in January, I had a monster session while visiting Prague. Walking away with a profit of approximately $500, it was enough to pay for the entire 4-day trip. For those who don’t follow me regularly, I’ll point out that my regular home game poker stakes are the equivalent of $.25/$.50 and a typical win/loss is around $60-$80; i.e., $500 is a pretty big deal for me. No other big monster session materialized this year though, but at least I didn’t suffer any huge monster one-session losses.

6. Write an average of one poker article per month for other publications

I’m going to count this one. While I didn’t pen as many articles for other poker outlets as planned, I wrote up the scripts for every Monthly Roundup/Baller of the Month video that I presented for PokerUpdate.com this year. Here’s a sample of one, in case you’ve never seen ’em.

Yes! Honestly, this was my personal favorite accomplishment of the year. In case you missed it, you can watch my interview with Daniel Negreanu here and also read about how I prepared to interview him. The interview also proved to be my most highly-trafficked piece of content for the year, with over 6,000 people having visited the page and over 12,000 people having watched (at least some parts of) the video on YouTube. With that said, I don’t think I could accurately say that it fulfilled Goal #8 (getting the whole poker world “buzzing”).

8. Write one BIG story that gets the whole poker world buzzing

Well, I certainly tried my best, but I’m honestly not sure whether to count this one or not.

Earlier this year, I published what I feel was my best-ever piece of poker writing, with (G)AL’S Game: And Poker Shall Set You Free. Some highly influential players and media members in the poker industry were kind enough to read and share it, plus it was translated into a couple other languages by other poker media outlets. It was even talked about for a few minutes during an episode of the PokerNews Podcast over the summer during the WSOP. With that said, total number of page visits for that article was “only” just over 2,000; hardly what I’d call “getting the whole poker world buzzing”.

Nonetheless, my true underlying goal of writing (G)AL’S Game was to honor my friend Gal and do my utmost to relate a small part of his amazing life story. Sometimes, the tales are right there for the telling and it’s a writer’s job to just not screw it up when compiling it for an audience’s consumption. I started writing at approximately 7:30 pm and, realizing I was “in the zone”, for the first time ever, I pulled an all-nighter. I clicked Publish and collapsed into bed crying at 5:30 am, then woke up less than two hours later to go to work.

Reflecting on my past year of poker blogging, this was by far the most impt. story I had the privilege of writing up https://t.co/MYAFLURE1I

Never has producing an article taken as much out of me emotionally as did (G)AL’S Game. I can honestly say that if only to have had the privilege of telling Gal’s story, it would have still been worth creating this poker blog in the first place. I continue to pray for his health to improve and for him to keep on inspiring us all, leading by shining example.

To those who did take the time to read it, thank you, from the bottom of my heart. Just as an update, Gal won Facebook Invitational #2 and Tournament #3 will likely take place sometime soon.

9. Raise money for charity from the poker community via “Running Well”

Yes! I can’t help but gaze with pride at the number $814.8. While I came through on my commitment to donate $1 per kilometer I’ve run this year, the bulk of those monies were raised thanks to the generosity of Poker Hall of Famer Linda Johnson and Women’s Poker Hall of Famer Jan Fisher, who each sponsored my running during the month of May. Special thanks go out as well to the members of my Dad’s poker game, who generously pooled their funds together to match a portion of the monies I raised. This would probably qualify as the most meaningful goal I set myself for the year.

10. Get nominated for a (poker media) award

I had the American Poker Awards in mind when setting this goal. Nominations are supposed to be announced in the coming weeks, so I suppose time will tell whether or not I achieve my goal getting nominated in one of the relevant categories. Regardless, it has been a pleasure producing poker content for you here over the last year; thanks to everybody for your support – especially to my wife Miriam!

I’ll end off the same way I started, namely by expressing how grateful I am to have had an incredible “poker year”. While I wasn’t able to place a check mark next to all of my poker goals, setting them helped keep me motivated and focused.

Beyond the goals I set for myself, so much happened for me “poker-wise” in 2015.

For one, I had the great honor of being interviewed by one of my poker writing role models this year, Mr. Nolan Dalla, the widely renown WSOP Media Director and the Creative Director of Poker Night in America. Getting the nod from Nolan in the form of being asked to “Face his Firing Squad” is a feather in my cap I will always treasure. Thank you again, sir.

Moreover, as alluded to in #2 and #6 above, earlier this year, I started doing a lot of work to help promote PokerUpdate.com, which is owned by the company I work for full-time, namely having become one of the site’s on-camera presenters. I’m thankful to have been given the opportunity to help build that brand through our Monthly Roundup/Baller of the Month videos and Weekly Burn & Turn show, as well as special projects like The Most Memorable Televised Poker Hand, which was incredibly well-received throughout the poker industry.

Tomorrow, I’ll be publishing my Poker and Poker Blog Goals for 2016. Cheers to what will hopefully be another wonderful year!