After a successful campaign in achieving many of my 2014 poker and poker blog goals, the time for patting myself on the back is now over. While I will always look back fondly on last year’s achievements, one can only progress and grow further in life by learning from past experiences and setting new goals to accomplish. With that in mind, I’ve compiled a list of 10 poker and poker blog goals that I’d like to achieve this year. 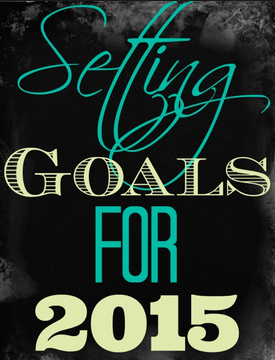 Below, I’ll be laying them out, along with an explanation of why each one is important to me. Before I do that, I again just want to encourage everyone to not only set goals for yourselves for the New Year but to also share them with people. From experience with my 2014 list of poker and poker blog goals, I know that Tweeting a link out to that article once in a while made me super aware of the achievements I was targeting and that much more motivated to accomplish them.

Life begins at the end of your comfort zone and I sure feel like I’m aiming high, so, taking a deep breath, here we go:

1. Begin sending out a monthly newsletter

I remember an old episode of Duck Tales where Scrooge McDuck told his nephews the story of his #1 dime, which taught him to work smarter, not harder. For all the time and effort I put into Cardplayer Lifestyle, sometimes I’ve ended up climbing too high on the tree rather than reaching for the low-hanging fruit, so to speak. After five years of poker blogging, you’d think I would’ve gotten around to sending out a monthly newsletter by now, right? Well, now is when I finally take a stand and say “this is the year”. 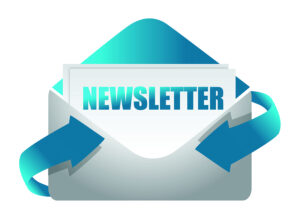 Don’t worry, you’ll be able to unsubscribe whenever you want. Hopefully, however, you’ll stay subscribed (and possibly even be excited to get it each month!) when you realize that the newsletter won’t just be a collection of the latest Cardplayer Lifestyle articles, but that it will also give you the added value you deserve for being one of our loyal fans.

Last year I aimed to publish 100 posts. I went about this goal in the wrong way. After publishing 83 posts in 2013 and 84 posts in 2014, I realize that so long as this poker blog remains a side pursuit rather than my full-time occupation, I can only hope to produce so much content in a calendar year. Rather than placing the finish line 100 posts away, however, I feel it’s smarter to set the bar at a monthly level. My aim is to keep pace with the amount I’ve produced over the last two years. If things go well, we’ll hopefully approach 100 posts by year’s end. And, of course, I won’t be able to accomplish this goal without the help of my great contributors, so be sure to keep on coming back for some great articles from them as well. 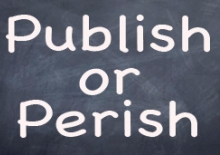 This one is pretty straightforward. I started off 2015 with 350 fans of my Facebook page and 945 Twitter followers. Now that I’ve got the snowball rolling on social media, hopefully it’ll pick up steam and the Cardplayer Lifestyle audience will continue to grow at a faster clip than ever before. Again, because it needs to be pointed out, I won’t be engaging in any follower/fan buying schemes or paid campaigns. I feel that a high-quality audience needs to be earned and can be attracted organically. 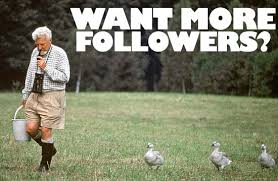 4. Maintain traffic of 6,000 visitors per month 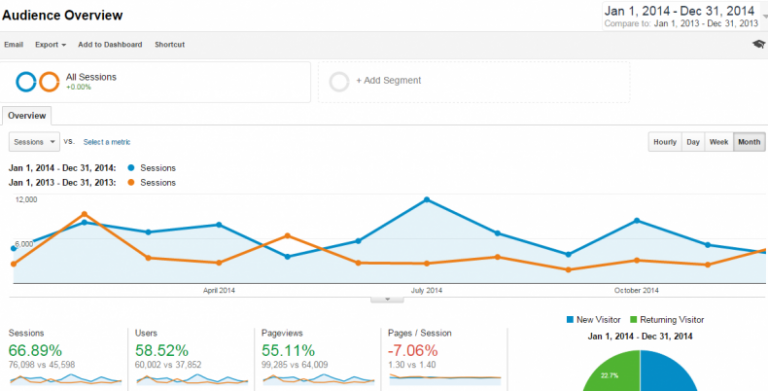 I know how hard I worked to get to that number last year and intend to work just as hard this year. So, if I manage to hit 6,000 monthly visitors on average again for 2015, I’ll be pretty darn satisfied.

The same explanation applies here as last year. The reason it’s a goal of mine (and not a “hope”) to accomplish a monster session is that I believe it can be done upon the confluence of one’s A+ game with positive variance. While I cannot control how well I may be running at any particular time, I can control how well I’m playing and how mentally prepared I am to succeed. 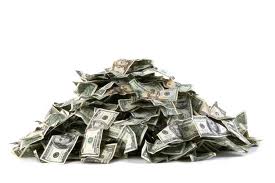 The real challenge here is to be on my A+ game as often as possible and maximize my winning potential when the positive variance strikes. I aim to break my single cash game session record (2,170 NIS = $550) twice. Remember, the stakes I usually play for here in Israel are the equivalent of $.25/.50. If my bankroll allows for it, I may “take a shot” and attempt to play in a slightly higher-stakes game in order to achieve the goal.

6. Write an average of one poker article per month for other publications

Aside from publishing here on my own blog, last year I also wrote another 10 poker articles for other publications. I feel that doing so is a good way to enhance my reputation and authority in the poker industry and “get my name out there”. It’s frankly also nice to be able to make a little extra money from freelancing once in a while. Writing one “extra” poker article per month would amount to a 20% year-over-year increase, and I’d be quite happy with that.

As poker’s premier ambassador and influencer, no single player has been interviewed (or will continue being interviewed) as many times as Daniel Negreanu. Any poker or Negreanu fan knows that the reasons for this are pretty obvious. 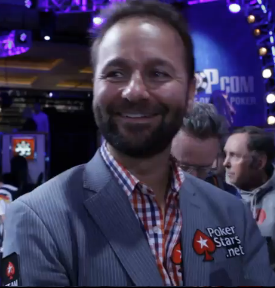 One of the things I feel I’ve gotten to be pretty adept at over the last while is preparing for, crafting, and publishing a good interview. Without elaborating too much, I’ll just say I believe that the end result anyone hopes to achieve is usually only as good as their preparation for it. Much like Daniel puts himself through a Rocky marathon in preparation for the WSOP each year in order to psyche himself up and get in the zone, I know I’ll have to prepare REALLY well for this to produce something memorable not only for you poker fans, but for Daniel as well.

Just as after my Phil Ivey interview I wrote up an additional post-interview post about what the experience was like for me, I’m pretty sure I’ll feel the need to something similar.

Finally, as many longtime Cardplayer Lifestyle fans know, Daniel is one of my role models – not only in poker but also in life. I’m about as big a Negreanu fan as they come, but my life circumstances are such that meeting him in person is something that’s unfortunately still probably not in the cards for a while. While I’m going to have to remain patient and wait a while to knock that off my bucket list, the opportunity to work with him on an interview will be a career highlight for me.

8. Write one BIG story that gets the whole poker world buzzing

I’m still astonished that this actually happened twice in 2014. When I took upon myself the massive project of a feature-length piece about “Women in Poker”, which included a roundtable interview component with over half a dozen leading ladies of the game, my aim was to help change the perception of poker as only a man’s game. It ended up being my #3 article of all-time, with just under 6,000 hits since publication in April). It got the poker world talking. A lot. Later on in the year, Poker Night in America broadcast the first ever ladies-only cash game and it ended up being one of their most popular episodes. I’m not claiming there was any direct causation, but the argument could certainly be made for a correlation.

There was also the whole “Politics in Poker” debate that raged through the poker community back in August, which ended up with PokerStars making a change to their live event dress code policy. Though this happened organically, in that Dan Colman and Olivier Busquet wore some politically-charged T-shirts at an EPT final table, I wrote the op-ed piece that sparked the debate that eventually spread throughout the poker world. Debate is important and though many disagreed with my standpoint on the issue, I’m happy I was able to get people talking.

So, the goal for 2015 is to publish something that once again gets the whole poker world buzzing. If and when this happens, you’ll know. Everyone (in poker) will know.

9. Raise money for charity from the poker community via “Running Well”

Unless you know me personally, you may not be aware that I’ve been running pretty regularly for a long time. My outdoor hill-laced route is exactly 4.2 kilometers long and, on average, I do it twice a week. I don’t run races or marathons, I don’t own a treadmill, and I almost always run in the evenings, after my kids have gone to asleep. Running has been one of the constants in my life for almost five years. After a little number crunching, it means I run approximately 435 km/year on average. 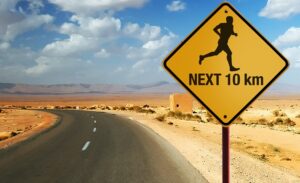 What many people DO know about me is that I’m a big proponent of harnessing the power of poker for charitable purposes. Putting the quest to raise funds for charity (with a poker connection) further into practice, I’d like to try and get fans of this blog (and poker fans in general) to sponsor my running with pledges for charity. The idea isn’t 100% formed yet, but at the moment it has the following components (subject to change/refinement):

As mentioned, the concept isn’t 100% fully formed, but once it is concretized (soon), all details will be reflected on the Running Well page.

10. Get nominated for a (poker media) award

As mentioned earlier, I’ve been blogging about poker for over five years now. While it has always fundamentally been a labor of love for me, what helps keeping me going strong are the knowledge that people are reading what I write and knowing that my words are in some small way making a difference in the poker world. 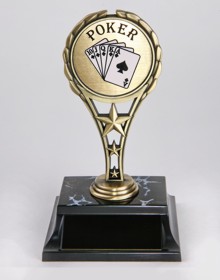 With that said, awards have become “a thing” in the poker world and it would mean the world to me to be acknowledged via an award nomination of some sort for the contributions I make. As I’m not employed in the industry full-time, I don’t consider myself worthy of winning such an award, but to even be nominated (by any organization, for anything) would be a tremendous honor.

Wow. This is scary. Time to click Publish. Let the year begin!

Congratulations on your successes of the past and the best of luck with your worthy and promising goals for 2015. Among mine is to have the opportunity to sometime in the not-too-distant future to say hello to you. All the best in the coming year!