In a much-ballyhooed media conference call that took place on Monday, WSOP.com officials announced their plans to go live with real-money online poker in Nevada starting tomorrow, September 19th. Among the many details offered up during the 30-minute conference call was the tidbit that they did not intend to sign any sponsored pros or retain the services of any brand ambassadors to help promote their online poker site upon launch.

To that effect, a number of statements explaining that decision were made by a key company figure:

– On the land-based side of the WSOP, we’ve always shied away from signing personal endorsements with individual players…

– As an organizer who has a key role in … the outcome of the game we see ourselves in the league function, aimed to be impartial and to have maximum trust and integrity…

Traditional Marketing Will Work, BUT…

Specific mention was also made during the conference call of the 43-million strong database of potential poker players the company could market their product to based on their existing Caesars Rewards program. Moreover, the CIE officials said that they’d be using TV ads and more traditional land-based marketing tactics at their resort properties to promote their online poker offering. 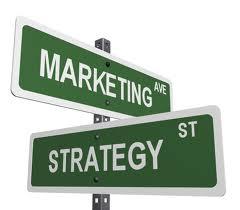 This “traditional” marketing strategy is indeed quite “unconventional” in a sense though, as it goes against what most other online poker sites have done in the past. Thus, pointedly, even though WSOP.com’s online poker room will be powered by 888, they’re not about to ink deals with pro poker players.

While the reasons given by CIE officials make sense as far as not choosing to sponsor professional poker players, I respectfully think that they may be making an error in not looking to recruit brand ambassadors. Specifically seeing themselves “in the league function”, their primary aim should precisely be to broaden the appeal of the game of poker to the masses, beyond its current scope. They could accomplish this by hiring celebrity brand ambassadors from outside the poker world who enjoy the game of poker and would naturally appeal to recreational players.

Without any further ado, here are 5 celebrities who I believe, in ideal circumstances, would be excellent brand ambassadors for online poker WSOP.com:

Arguably the holy grail of potential brand ambassadors, Kobe Bryant has the type of worldwide appeal that could definitely highlight the “W” in WSOP.com. Basketball is and always will be #1 to this NBA legend, who is of course still an active player on the Los Angeles Lakers’ roster. A bona fide superstar, Kobe possesses one specific quality that recreational poker players could relate to and be inspired by: unrelenting competitiveness. 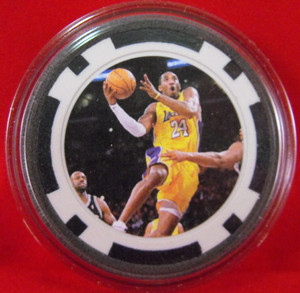 I’m unaware of Kobe ever having actually played poker publicly, but it can only be assumed that his inherent desire to be the best would extend to the poker table as well. That unrelenting competitiveness combined with Bryant’s well-known ruthless aggression would serve him well at the poker table and would naturally lead others to do the same in trying to emulate his poker play.

While basketball fans could only dream of stepping on the court with Kobe, mixing it up with him at the virtual felt is well within the realm of possibility. Just the thought of that potentially ever happening would surely get legions of people to sign up for a real-money online poker account and make a deposit!

This past summer, Bryant honored the late, great Lakers owner Dr. Jerry Buss – who was just as well known and respected in poker circles – after his passing with a special tribute at the WSOP’s 7-Card Stud event. I imagine that if Kobe were to agree to endorse WSOP.com, Dr. Buss would give his blessing.

It’s impossible not to group Ray Romano and Brad Garrett together. While the celebrity pairing will forever be remembered as the lovable brothers on the series Everybody Loves Raymond, over the past few years they’ve made many memorable appearances at the felt playing in the World Series of Poker Main Event. Aside from being phenomenally good comedians, Romano and Garrett are gold in front of the ESPN cameras – characters – which, as PokerNews.com Editor-in-Chief Donnie Peters so eloquently wrote, is exactly what poker needs more of. 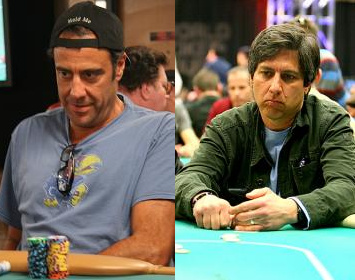 Always good for laughs and simply just being a couple of guys that “everyman” can identify with, WSOP.com can’t go wrong hiring Romano and Garrett to be brand ambassadors.

Plus, as an added bonus, Garrett already resides in Las Vegas while Romano regularly performs his stand-up act there. With U.S. online poker thus far only up and running in Nevada, what could be better than a couple of “locals”, who in principle could play anytime they want within state borders, representing the brand?

Fish, sharks, and whales might be the most commonly seen aquatic creatures at poker tables but Michael Phelps would surely leap out of the pool as a potential celebrity brand ambassador for WSOP.com.

As the most decorated Olympian in history, Phelps is – like Bryant – a globally known entity. At just 28 years old, Phelps has already accrued plenty of experience as a celebrity endorser. Nonetheless, representing WSOP.com would undoubtedly present a special opportunity for him, which he’d probably gobble up faster than his daily 12,000 calorie intake. The reason? The dude already LOVES poker! 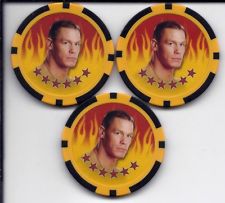 Known to be friendly with top poker pros like Antonio Esfandiari and Phil Hellmuth (he is actually one of the 13 Twitter accounts Hellmuth follows), Phelps has had many public forays into the poker world, both as a player as well as cheering on his buddies from the rail.

In signing a young, poker loving, global icon like Phelps to be a brand ambassador, WSOP.com would simply blow any potential competitors out of the water.

Back during the height of the poker boom in 2006, Bluff Magazine interviewed perennial WWE champion John Cena. Here’s a telling quote for you (and CIE officials) to digest:

I love that the World Series is open to everyone who wants to play. I know it’s definitely possible for a lesser-skilled amateur to make it deep into a tournament, and that’s a treat. At the same time, I’d actually like to go to the tournament a couple of times as a spectator. Really get the aura and feel of the place before throwing my hat into the ring.

Detractors might argue that Cena said this about 7 years ago, but surely it’s worth a shot to for CIE to at least ask him if he’d still be interested.

A John Cena WSOP.com brand ambassadorship works on a number of levels:

It’s well-documented that professional wrestlers spend upwards of 300 days a year on the road. Moreover, Cena already spends much of his “free” time shooting movies, doing amazing charity work with the Make-A-Wish Foundation, starring on E!’s “Total Divas”, and much more.

But, if he can make the time to endorse Fruity Pebbles breakfast cereal, surely he’d have the time to do occasional promotional spots for and play online poker at WSOP.com.

Though Cena didn’t make my list of the Top 10 WWE Superstars I’d Love To Play Poker With, I’d probably add him to that list in a heartbeat if he was a WSOP.com brand ambassador.

The fact is that all of the aforementioned celebrities are already independently wealthy. Signing any of them to a brand ambassador deal would surely cost a pretty penny, but I firmly believe it would be money well spent and provide an excellent return on investment for CIE and the WSOP.com brand – and of course the game of poker (and online poker).

As to whether or not something like this could actually happen? Well, the stars would have to align perfectly, but it’s happened before foe the WSOP brand, so it could definitely happen again in the future.

@cardplayerlife Done. Great article; what a team that would be. The only problem would be that we’d need some XXL tables for any live event!