Back in 1993 I was working in Marketing for the Bicycle Casino in Los Angeles. About five years earlier I had met Dr. Jerry Buss, the now-late owner of the Los Angeles Lakers, at a private poker game at the Forum Club. Man, did he love poker! He used to be very private about it though because of the possible negative associations between gambling and sports. I had always hoped to get him to work with us and create some sort of special attraction poker tournament at the Bike, but he always demurred.

In any event, he was in a very good mood that night and I figured it couldn’t hurt to at least try and ask him again. Specifically, I was hoping to run a charity poker tournament that would be called “The Jerry Buss Go For the Gold.” Some proceeds from the tournament would go to benefit the charity Dr. Buss supported, the United Negro College Fund.

To my complete surprise, he agreed! However, he insisted on one stipulation: if that were to be the name of the tournament, it had to be played with real gold chips! 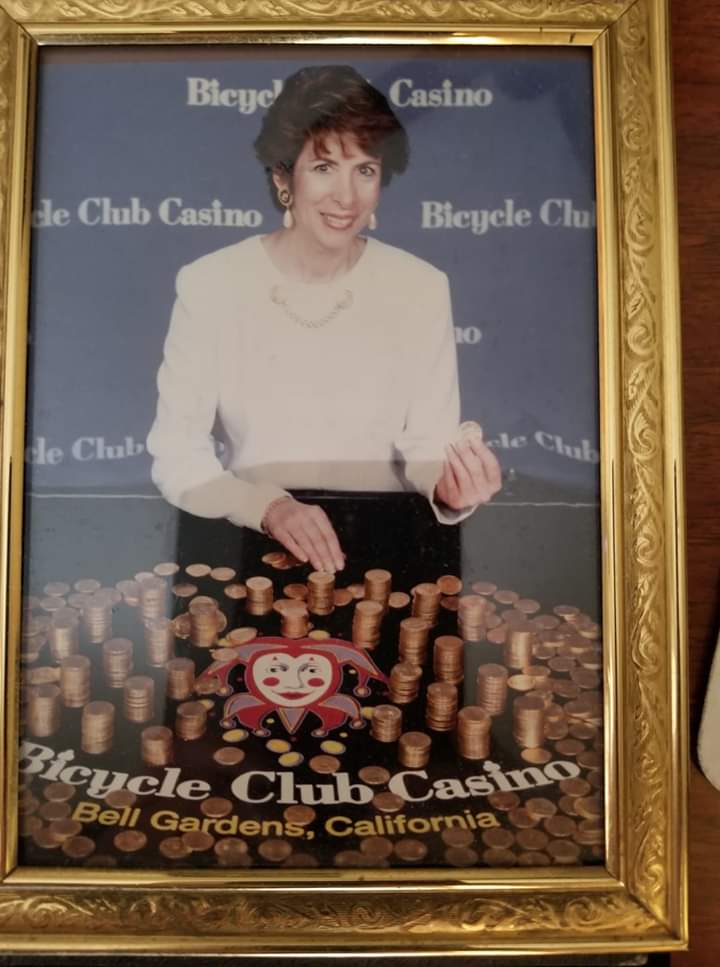 Phyllis Caro Yazbek posing with the gold coins. She’s a Women in Poker Hall of Famer and former Vice President of Casino Operations at the Bicycle Casino.

I was dumbfounded. “How exactly could we pull something like that off?” I asked him. “Get the gold from a sunken ship,” he replied. “Here’s the number of a gold coin collector. Mention my name, tell him your idea, and he’ll take care of it.”

If you think reading that last paragraph was surreal, just imagine actually being told that by Dr. Buss! Was this some sort of elaborate prank?

Well, I had nothing to lose, so the next day I called the number, and lo and behold the gentleman who answered replied in the affirmative: “I have lots of gold from sunken ships. How can I help you?”

Having a crazy idea for a tournament and realizing such a thing is possible is one thing. The actual logistics of carrying out such a plan were something else entirely. I realized we’d be in a whole load of trouble if even one coin were to go missing. Me losing my job would only be the tip of the iceberg!

Our Head of Security at the Bicycle Casino took things to a whole new level. Multiple new cameras were installed throughout the building, and our security team began getting special SWAT team tactical training. They also were issued special protective equipment to use while escorting the gold coins to and from the armored car that would bring them to the casino. Other security personnel were stationed on the roof, plus we even coordinated with the local police and sheriff’s departments. It was an entire operation unto itself. Our team trained for an entire month, and in practice they were able to get the entire car-to-tournament area transportation of the gold down to one minute flat.

To the best of my recollection, the total value of the gold coins in play was somewhere between $10- $15 million. We spent more on security for all that gold than we did on the players! 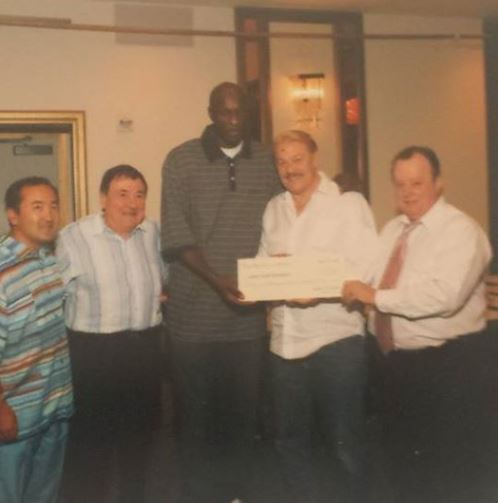 That meant the tournament had a $400,000 prize pool. The participants in that tournament are a genuine who’s who of “old school” poker legends. Poker Hall of Famers Stu Ungar and Chip Reese played. I know there’s a picture somewhere out there of Stuey with all the gold in front of him. I wish I had that picture.

Marsha Waggoner, a member of the Women in Poker Hall of Fame’s inaugural class, remembers finishing in third place at the tournament, for a payday of around $52,000. It was eventually won by Jim Bechtel, who also won an even more prestigious tournament that same year, the World Series of Poker Main Event.

Thankfully, we didn’t lose a single chip and I was able to keep my job.

Dr. Buss was so giving and humble. He not only gave of his money, but also his time. One person who was present at the Go for the Gold event, David Golden, remembers seeing Dr. Buss standing on a chair at some point so he could look over the spectators and watch the final table.

At his own tournament! Can you imagine?!

While the tournament was a success, I didn’t want to have to go through all that trouble and those security issues ever again just to stage a poker tournament. So, I was able to convince Dr. Buss to allow his image to be used on gold-colored chips that the Bicycle Casino would produce and use for future events.

I wonder how many players have played with those chips at the Bike and have wondered why Dr. Buss’s face is on them…

*Note: This legendary poker story, as originally told by Robert Turner, was edited and written by Robbie Strazynski