The action never stops in the poker world and there’s plenty of it to be had on the virtual felt this summer for all MTT fans out there. WPT Global, a fresh face in the online poker world, will be adding to the excitement with its Summer Festival, the first-ever poker series held by the operator.

Having launched back in April, it was only a matter of time before WPT Global came out with an online series, as this is a tried and tested way to attract players en masse. By the looks of it, the online poker room is sparing no expense, offering big guarantees and free live and online tournament tickets across 50 events taking place from July 20–August 22. 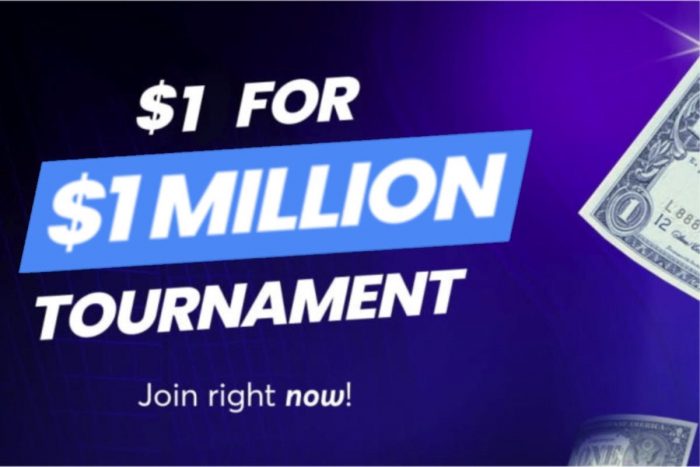 The highlight of the Summer Festival is the $1 for $1 million Main event, which will feature a huge $1,000,000 guarantee while allowing players to buy in for just $1. This is a very ambitious project by the operator, and the tournament might likely end up with a substantial overlay, which is something all MTT grinders and amateur online poker players alike will appreciate.

Starting flights will take place throughout the series, and players can take multiple shots at qualifying for Day 2. You can play as many starting flights as you like even after you qualify, and your biggest stack will be carried over to the final day that’s set to take place on August 22.

On that day, all surviving players will come together to play until the winner is crowned, and the final table action will be streamed live on the WPT Twitch channel.

The WPT Global Summer Festival promises plenty of good action beyond the $1 for $1 Million tournament. The $330 Main Event also carries a $1,000,000 guarantee, and players can win their seat in that tournament via one of many lower buy-in satellites. There is also the $33 Mini Main Event with $100,000 guaranteed. Both tournaments will feature multiple Day 1 flights starting from August 12, with the action culminating on August 21 and 22, respectively.

Other interesting events to look forward to include:

Players will also get to test their luck and skills in the popular progressive knockout format as well as Short Deck Hold’em, so the Summer Festival series promises something for everyone.

In addition to regular tournament prizes, all event winners throughout the series will get a seat in the Tournament of Champions Freeroll. The winner and the runner-up in this event will get a free seat in the WPT World Championship $15 million guaranteed tournament scheduled to take place at Wynn Las Vegas in December.

There will also be an additional freeroll open to everyone who makes money in any of the Summer Festival events. The prize pool in this one will consist of online tournament tickets that players can use to enter other events with corresponding buy-ins at WPT Global.

WPT Global offers plenty of action on cash game tables as well 24 hours a day, 7 days a week, for those looking to do something between the tournaments. While the ring game traffic is already really good, it is safe to assume it will get even better during the series as there’ll be even more active players logged into their accounts.

This online poker room is clearly pulling out all the stops, with millions of dollars in guarantees set to create what’ll be a fantastic Sumer Series. You won’t want to miss it, so be sure to sign up for an account if you haven’t already done so.