What Exactly Is It That You Do, Robbie?

What do you do for a living?

It’s one of the most common questions an adult gets asked. People always get it when you respond with a concise, conventional answer like “doctor,” “lawyer,” or “accountant,” but nowadays there are infinitely more different types of careers than ever before, including numerous job titles that didn’t even exist a generation ago. You’d think that by now, almost a decade after founding Cardplayerlifestyle.com, I’d have found a title that accurately captures my “job description” in just a few words.

The fact that I haven’t is one of the reasons I felt the need to write this article. When someone asks me what I do, it always takes at least a couple minutes to try and explain, and when I finish I never feel like I’ve done an adequate job. I suppose that’s because there are so many different types of things I do on a day-to-day basis, as well as over the course of a typical calendar year.

Image taken from a recent podcast interview I did with Brad Wilson of Enhanceyouredge.com

I’ll start off with writing because when I first embarked on this journey with Cardplayerlifestyle.com, that’s all I did. My friend Avi acted as the webmaster while I supplied the content. Over the years, I’ve come to better understand the audience I’m writing for and try my best to produce articles that you’ll enjoy. Back in the day, once I finished the writing, I emailed the Word documents to Avi and he took care of all the rest.

For a long time, I was pretty much the only one writing for this poker media website. Over the years, numerous other contributing writers have joined the fold, to the point where I currently handle about half the writing.

Beyond Cardplayer Lifestyle, I’ve also written for many other websites over the last 10 years, most within the gaming industry, and some specifically within the poker niche. 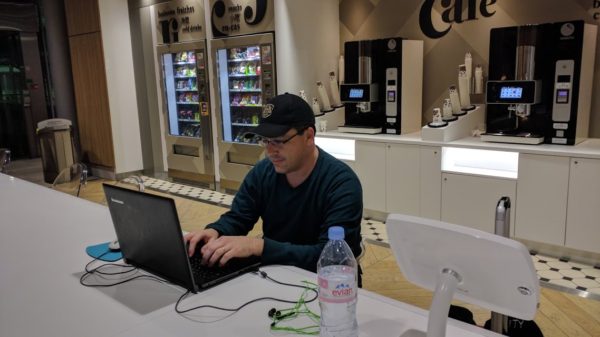 When I wrote earlier that my friend Avi “did all the rest,” generally speaking that meant “all the technical stuff” that goes into maintaining and running a website. Over the 2.5 years we worked together, Avi was kind enough to give me basic instruction in the main building blocks of what goes into running this website, including (but not limited to): 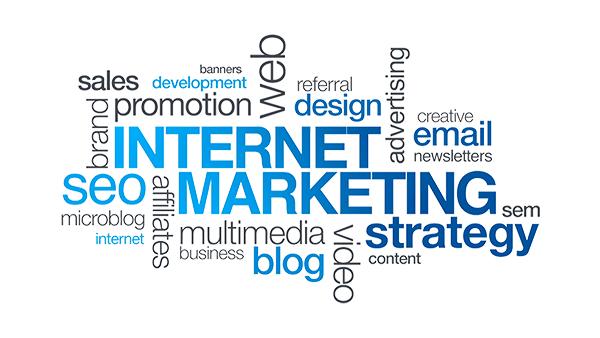 All of the above subjects were brand new to me back in 2009; I had been an English Linguistics major at university. While to this day I’ve never received any sort of formal training as a webmaster, I feel like I’ve never stopped learning how to do an increasingly better job of it.

Prior to becoming self-employed in March 2017, I worked for a number of companies that employed specialists in each of the aforementioned fields, while Cardplayer Lifestyle remained a “nights and weekends” side hustle. Through speaking and working with these people on a multitude of projects, over the years I was able to amass tons of practical knowledge that has proven tremendously useful in running this website.

READ MORE: How I Grew My Poker Media Website from 0 to 20,000 Visitors Per Month

It took me until about the middle of 2015 to fully embrace the idea that for Cardplayer Lifestyle to truly start thriving, I couldn’t limit content production to just myself. For all content other than my own, then, I wear the editor’s hat. 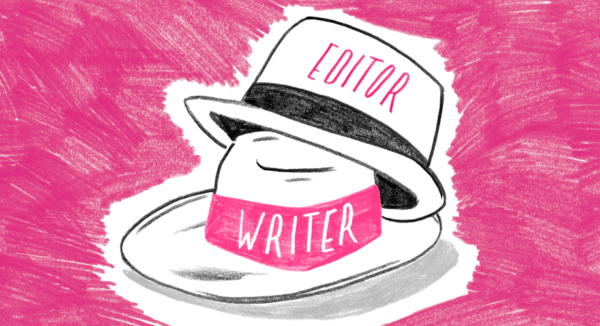 Beyond reviewing all contributed articles for style, layout, mechanics, typos, etc., being this site’s editor means coordinating the production of said articles. Fielding topic pitches and commissioning pieces from our contributing writers means crafting a weekly/monthly publishing schedule to ensure the “content beast” always gets fed and that we can keep on regularly releasing new articles for your reading pleasure.

Beyond self-fulfillment, what “good” is the production of content if nobody knows about it? Part of being a good publisher, in my opinion, is getting the word out about your product; i.e., your content. As anyone who follows me on Facebook or Twitter surely knows, I do my best to spread the word about all content we publish here.

Sometimes I think about doing giveaways… then I remember that I always give away ALL of my content for free.

If that makes you go “hmm, he’s got a point” and you like Cardplayer Lifestyle content, kindly consider an RT. 😀https://t.co/uRzvbPnfWN#illstilldomoregiveaways

Having a strong social media presence is essential in pretty much any industry these days, and specifically for the poker community, Twitter is the preferred platform. It’s also not just about sharing your own content and “hoping for the best.” You’ve got to be actively engaged, which is why I spend loads of time on Twitter as well as in numerous Facebook groups taking part in poker-related discussions. If there were more hours in the day, perhaps I’d also have a greater presence on YouTube and other social media platforms, but I digress… 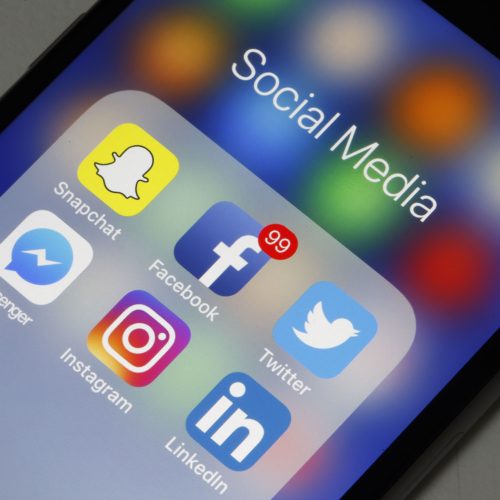 Aside from social networks, since mid-2016 I’ve also produced a monthly newsletter that de facto acts as an information hub for:

While the written word might be the primary medium for my content production, I also produce a decent amount in the video sphere. Most of my work during the year I do from home, but I’ve also traveled to numerous marquee poker festivals around the world, where I’ve interviewed some of the game’s biggest names.

People might recognize the research and interview prep needed in advance, but they might not realize that aside from post-production video editing and interview transcription, I handle everything else on my own, from traveling with and setting up the hardware to managing the recording software to uploading, and more.

Every other week since June 2014 I’ve co-hosted the Top Pair Home Game Poker Podcast together with Bruce Briggs. Beyond speaking with Bruce on air for approximately an hour once every two weeks, my role includes securing guests and coordinating recording times, doing interview prep, and writing the article recaps for PokerNews.com.

I’ve also spearheaded similar content creation initiatives in the past for notable brands like Red Chip Poker and PokerUpdate.com, and quite frankly there’s a lot of thought, scriptwriting, and storytelling that goes into getting audio and video media of that nature produced.

As the sole proprietor of this website, I also have a business to run. While there’s nobody on payroll, all of the contributed content we publish doesn’t come free. Neither does retaining the occasional services of skilled professionals like transcriptionists, video editors, graphic designers, front-end developers, etc.

Invoices need to be processed and payments need to be sorted in a timely manner. By the same token, I’m by definition responsible for ensuring a steady flow of revenue, be it from advertisers, affiliation, or other means. 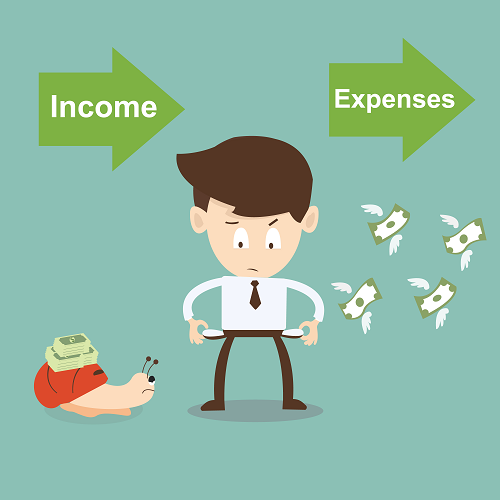 All of that is to say that there’s always a great deal of emailing and correspondence that goes on “behind the scenes” on a daily basis, the upshots of which are:

As I’ve become further ensconced in the poker world over the last few years, I’ve naturally come to know many people from all walks of life. These include the players, both recreational and professional, industry leaders, live event staffers, vloggers, fellow poker media members, public relations specialists, equipment suppliers, and countless others.

I truly enjoy interacting with people who share my passion for poker, so all of the relationships I’ve developed in this industry are 100% genuine. Quite fortunately, on a number of occasions the networking I’ve done has led to some unexpected consulting opportunities. 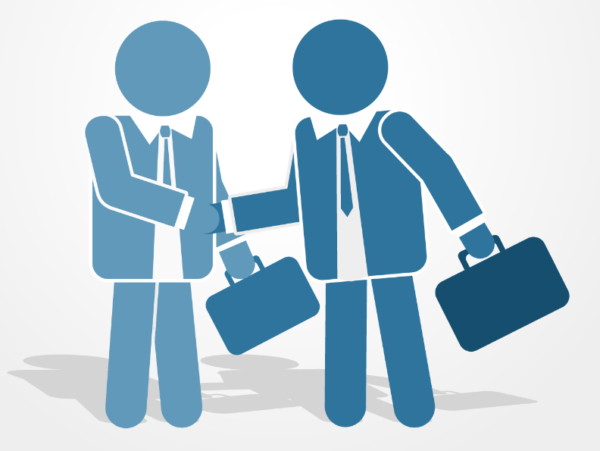 While I can’t reveal any clients due to nondisclosure agreements, for the purposes of this article I can say that there’s certainly a time commitment involved not only in building, maintaining, and growing a network, but of course in carrying out the consultation work on a regular basis.

Since 2017, each summer there are a couple weeks out of the year during which I’ve taken a step back from my typical poker media grind to work with the Poker PROductions team in Las Vegas for the World Series of Poker Main Event. I’ve detailed my specific role with them in the past, but I’d be remiss to exclude mention of it in this article, as it has become a staple of my yearly calendar. 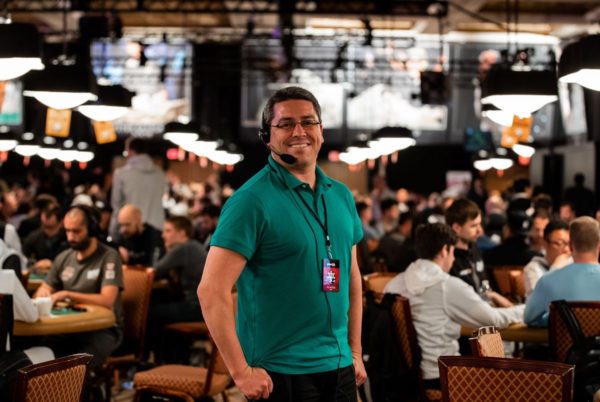 Beyond that, occasionally a special project comes along that I make the time to work on, outside of my regular day-to-day poker media pursuits. One such major project was the translation of poker legend Eli Elezra’s autobiography, Pulling the Trigger, from Hebrew into English. Beyond having produced the English-language manuscript, my ongoing role also includes marketing the book. 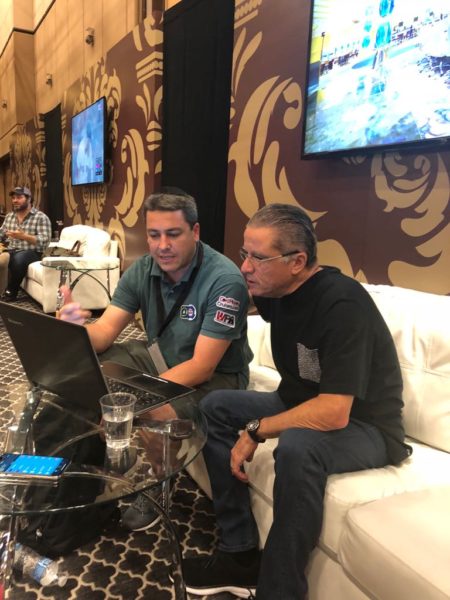 Part of the reason there are so many different components to my “job” is that I’m self-employed. A company will often hire you to do one specific type of job, perhaps involving another couple types of skills. When you’re going at it on your own, however, you need to have a wide array of skill sets.

The conventional advice usually given to those who are self-employed is to do as much as you possibly can on your own before hiring other people. I outsource the tasks I am unqualified to do on my own to freelance service providers, but on the whole I don’t just captain this ship, I also do everything from hoisting the sails to swabbing the decks.

So I suppose it takes approximately 1,700 words, but I think I’ve finally done an adequate job of describing what it is that I do for a living.

Any ideas for how to print all this on a business card?