Back in the summer of 1992, a 10-year-old Robbie Strazynski was taken by his parents on a month-long trip to Europe. After criss-crossing through a dozen different countries, the final stop along the Strazynski family’s lengthy sojourn was Spain. Robbie was ecstatic! He’d get to see the Dream Team trounce the world at basketball. He’d get to watch Carl Lewis win more gold medals and add to his legacy. He’d get to witness the Golden Boy, Oscar de La Hoya, fell every competitor in his way before embarking on a sure-to-be Hall of Fame career in boxing. Alas, it was not meant to be. Cordoba, Malaga, Marbella, Valencia, and Madrid were on the itinerary, but Barcelona was specifically not. “Too much Olympic hoopla,” my parents said. “The crowds are going to be ridiculous… another time, Robbie.”

Well, here we are 26 years later, at the tail end of the summer of 2018, and “another time” has finally arrived. The Catalonian capital is at long last on my itinerary and I can’t wait to embrace the opportunity to visit Barcelona in its sun-drenched splendor. On Thursday morning I’ll be making my way to the Iberian Peninsula for the first time in over a quarter century to attend EPT Barcelona and I couldn’t be more excited; like I’ve won big playing a free spin slot game. There are a number of things I’m looking forward to on this upcoming trip, so I decided to make a list of the top five. 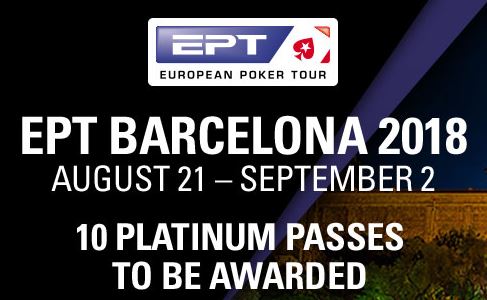 1. Seeing What All the Fuss is About

It seems like every year since 2004 the entire poker community has converged on Barcelona in late August and – at least based on what I’m seeing on poker Twitter – it looks like 2018 will follow suit. For once, it’ll be nice not to be on the outside looking in.

Haven’t played any poker since WSOP so definitely looking forward to EPT Barcelona! Starts off with a 100k then the main event.

It’s been a long time since I’ve actually looked forward to traveling, but Barcelona is just so awesome.

Barcelona has always been some sort of bellwether for the poker industry. Interested to see what it shows this time around

Moreover, beyond the “usual” buzz surrounding the biggest European poker event, PokerStars will also be awarding 10 Platinum Passes to some very fortunate poker players. After hearing about these coveted credit card-sized curios all year long, it’ll be pretty cool to watch some lucky poker player win one.

Working from home means I get to see my kids a lot; even more during the summer when they’re out of school. I love ‘em of course, but it’s nice to have a few days off being a Daddy.

I’ll be busy doing media coverage while on site, but it’s always exciting to be away from home for a bit and get some R&R on the road. My parents instilled in me a love for travel and it will be a pleasure to experience a new city for the first time, especially those very inviting beaches I always see pictures of.

Moreover, it’s always a special thrill when I get to accomplish one of my poker goals for the year, which is precisely what I’ll be doing by taking this second European poker trip of 2018 (see goal #6).

3. Reunions with Friends and Colleagues

I’m grateful to have befriended many poker players and members of the poker media corps over the past few years, and each live event I get to attend presents a welcome opportunity to strengthen my relationships with them. In particular, living in Israel doesn’t afford me too many opportunities to get together with my “poker friends and colleagues” so whenever I get the chance to do so, I embrace it wholeheartedly.

I’d also like to give a specific shout out to Pokerstrategy.com Editor Barry Carter, who I’ve known for close to six years now, but have not yet had the chance to meet in person. Barry has long supported the work I’ve done here with Cardplayer Lifestyle and encouraged me in more ways than I can count. It will be a sublime pleasure to finally buy him a drink and get a long-awaited bro hug.

I just wrote something which essentially said the same thing (minus ‘bellweather’ which I may steal). EPT Barca has always been the ‘start of the season’ IMO

4. Getting to Speak Spanish

Growing up in Los Angeles, I had innumerable opportunities to speak Spanish on an almost daily basis. Now residing in Israel, far fewer such opportunities present themselves. I used to be relatively conversant in the lovely Latin language and it’s always fun to dust off the old palabras and see what yo recuerdo.

Even if yo no puede hablar mucho, yo comprende bastante, y me encanta escuchar una linda lingua como espanol en los calles y en la mesa de poker. (If you can’t understand that last sentence, Google Translate is your friend; I hope I got the grammar right 🙂 ). 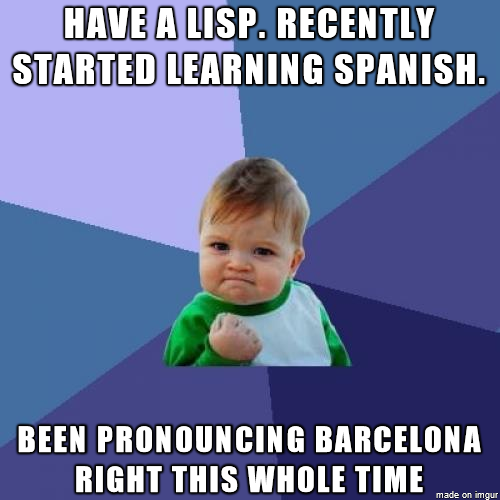 Naturally, I love me some poker, and I’ll certainly be ready to hit the tables at the end of the workday. I know that Hold’em and PLO are the typical games of choice, but perhaps a few of us will be able to catch lightning in a bottle and be able to get a fun low-stakes mixed game going in the EPT Barcelona cash game area. Whatever poker variant we’ll be playing, I’ll be sure to remember that poker is different when played in Europe vs. the U.S., so I’ll exchange my dollars for euros and hope to keep this year’s run good going at the felt.

If you’ll be attending EPT Barcelona and see me sitting at a cash game table, wandering around the poker room, or at the beach, be sure to come and say hi! 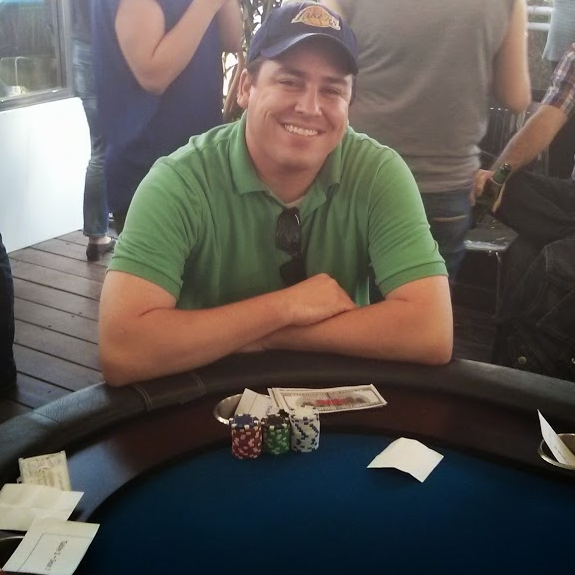