Welcome to the second installment of The Great American Poker Trip. Together with my Just Hands Poker Podcast co-host (and fellow Cardplayer Lifestyle contributor) Zach Resnick, I’m currently traveling around the United States and enjoying the poker life. Along the way, I’m putting together blog posts like these to document the trip as well as my thoughts about poker culture throughout the country. Last week, we were in Washington, DC, and now we are headed to Jacksonville.

For a poker player, the drive from Washington, DC to Jacksonville, FL is particularly long; 700 miles, five states (plus whatever DC is), and no poker. Good barbeque, but no poker. Alas, it’s an investment that ought to pay off mightily. Spending 10 hours in the car is a small price to pay to make it to Florida, the poker Mecca of the American Southeast. South Florida enjoys a particularly poker-friendly reputation (stay tuned!), but who can wait till Miami to hit the felt? Jacksonville it was, the second stop on the Great American Poker Trip.

You can get a fairly good idea of what to expect from a poker room just by looking at the location on Google Maps. Let’s just say that I knew bestbet wasn’t going to be quite on par with a Caesars property in terms of overall scope. 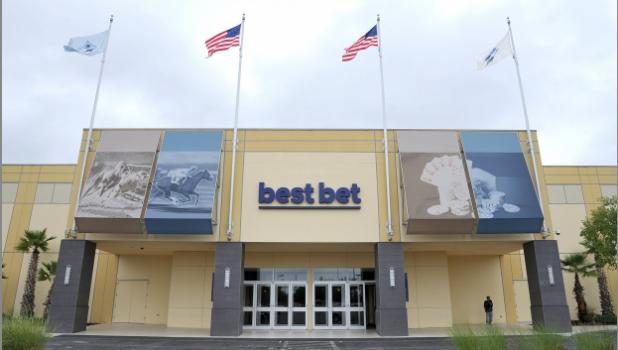 No worries, though. A good poker game mirrors other parts of life. Size doesn’t matter; no, it’s all about the money.

The bestbet Jacksonville poker room fosters a truly friendly atmosphere all-around, but my main cultural takeaways came from one very specific table. After a $5/$10 game failed to materialize for more than a few rounds, I noticed that a couple of the pros from that game had switched tables to a particularly deep and boisterous $2/$5 game. Stuck in a game full of short-stackers, I decided to get on the list for this game to see what the fuss was about. I had taken a look, but it wasn’t immediately clear what was going on other than the whole table being well above the 100bb cap.

After I sat down, things became exceedingly clear. This was a feeding frenzy. An older woman with an elegant Southernness about her was dumping chum in the water and the sharks were feeding. The dynamic at this table was unforgettable. Like many sources of great poker action, the woman served as the center of this microcosm from both a social and a poker perspective. For example, she found herself in quite a few pots with one of the $5/$10 pros to whom she lovingly referred to as “the Indian”. She excused this potentially offensive nickname, although it was tolerated if not enjoyed (oh what money can buy…), with mention that she herself was indeed part Cherokee. Seated next to “the Indian” was a man from the subcontinent of India. More than once, the woman went heads up with this subcontinental Indian, asked the dealer “is it just me and the Indian”, to which the answer was hilariously both yes and no.

As is often the case at the biggest game in the room, people know each other. What I had stumbled on was a sort of perversely enjoyable home game atmosphere. The pros referred to the generous woman as Ms. (Her Name) as they accepted her donations in turns. She kept a full rack of reds on her drink table in case her husband came in. That way, she always had concrete evidence that she wasn’t losing. Ironically, it became clear that she was the family breadwinner as a serial entrepreneur and the host of a private poker game that had recently ended as her health skipped a beat. This goes to show, I suppose, that hiding poker losses from one’s spouse is a non-gendered activity. I had a lot of fun, stayed a lot longer than I meant to, and got an early 2PM start to South Florida the next day. 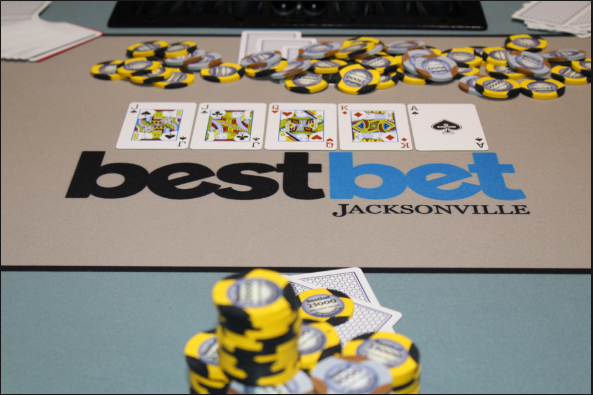 bestbet Jacksonville has solid game offerings, but the game structure is sub-optimal. NLH got up to $5/$10, if only very briefly. There was a great $5/$5 PLO game that Zach played in for a few hours until the game broke. Most of the room was dedicated to $1/$2 and $2/$5 NLH, and the games were flourishing. There were at least seven $2/$5 tables running, all of which looked like excellent action. The three or four I played in before and after the $5/$10 game corroborated the appearances.

The main drawback in an otherwise excellent room was the buy-in structure. Both $1/$2 and $2/$5 had a 100bb cap, which isn’t ideal, but it can make for a great game. The min of 20bb, on the other hand, doesn’t improve the game in my opinion. While it is true that seven $2/$5 tables could become four $2/$5 tables if the min buy-in is bumped up to $200, I think that would be for the benefit of all of the games. Deep-stacked poker is more fun, let alone more profitable.

There isn’t a lot of room for multi-street decision making with a 20bb stack. Really, these short stacks just put a damper on the game since the players who are deep have to constantly be factoring the possibility of short-stacks shoving pre-flop or getting it in on the flop. That’s another reason why I transferred to a pro-heavy table. I’d rather play $2/$5 with a bunch of pros for 200bb than with amateurs for 20bb. If I’m giving up anything in win rate, I’m getting it back in enjoyment EV. 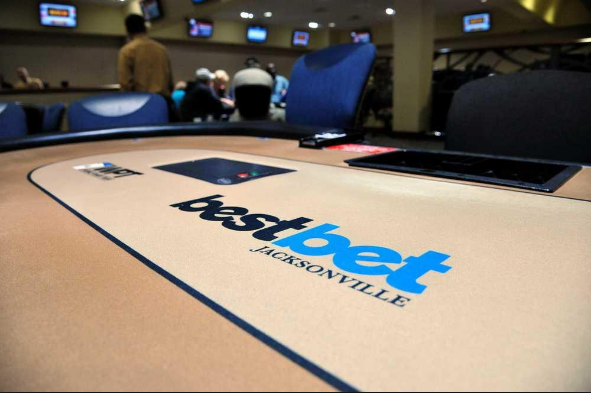 From my experience, the $5/$10 game is very revealing about the overall difficulty of the room. The mere existence of a $5/$10 game is normally a hugely positive sign in terms of the overall poker ecosystem. There is rarely less than double the amount of tables when the limit goes down outside of space constraints. One $5/$10 game generally signifies at least 3-4 $2/$5 games and 6-8 $1/$2 games.

After the $5/$10 broke a few orbits in, I had a quick bite with a student I was meeting in person for the first time. He asked me what I thought about the two pros from the game. He went on to tell me that those were the two most feared players in the room. Given the fairly tight-passive play I’d observed so far, this was an excellent sign.

And so it continued in my time at bestbet Jacksonville. The amateurs were quite bad and the pros were extremely predictable. One of the pros in the big $2/$5 game went three hours playing two hands. That’s either a really bad run, or a really bad strategy. Keep in mind that this is a game where I was trying to isolate the whale with some extremely marginal hands. I’ll never know how some people can just sit there and wait for premiums. Respect!

The obvious drawback here was the structure of the game.

Like the MGM National Harbor, the crowd is fairly serious about their poker. This is generally the case at venues that are less of a tourist destination. That being said, their is constant table talk at bestbet in a very enjoyable way. Even at the brief short-handed pro-heavy $5/$10 game, conversation was at least attempted. In the $2/$5 games, I was quickly inducted into the group after being questioned about my origin and the nature of my travel. It didn’t take me long to get a feel for the social dynamics of the table, understand the inside jokes, and have an excellent time.

The poker staff was very helpful, but nothing is free.

I ordered a coffee as soon as I sat down, and was asked if I wanted regular coffee or Starbucks coffee. I understood this as basically a question of whether I wanted the free coffee or the good coffee. I took the free coffee and was surprised to be charged $1.35. This is an extremely awkward price at a poker table, where chips are generally the currency of choice. Not wanting to give a 65 cent tip, I ponied up $3 for a predictably harsh cup of coffee.

Luckily, my student treated me to a couple bottles of water later in the night and I avoided the “free water” about which I was quickly warned by the table.

Having intentionally stayed quite close to bestbet, I found the location extremely convenient. The actual building was stark, but very clean with excellent parking, lots of bathrooms, and a good vibe overall. I personally enjoy playing at a poker venue that is not a casino, even if drunk people drifting over after a big craps score can be excellent for the game.

bestbet Jacksonville is an excellent card room in terms of the quality of the games and the atmosphere. The short stackers are a drag, but the easy money and good conversation are enough for me. Just be careful about the water (or at least that’s what I’ve heard).