Searching for My Poker Writing A-Game

After publishing a record-setting (for this poker blog) 15 articles in August and an above-average 11 articles last month, I find myself one week into October looking at a big, fat zero. Sometimes, my blog’s “numbers” don’t tell the full story though. True, I’ve published around 100 articles each year for nearly 7 years now; but how many of them were written by me as opposed to my contributors? From among those poker articles I write, how many reflect what I’d consider to be “my best work”? Sadly, not enough. 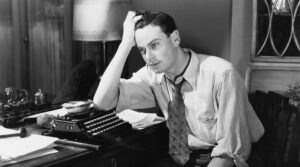 I’ve written in the past about time constraints preventing me from blogging about poker more often, and that’s why over the last couple of years (so as to keep a regular publishing schedule) I’ve leaned a little bit more heavily on contributors. I understand the importance of this and surely you guys do as well. Think of your favorite websites to visit. If they didn’t keep on cranking out so much content, you wouldn’t be visiting as often as you do, right? I want you guys to be entertained and enjoy my site’s content as often as possible.

The issue I have is that it’s hard for me to “be OK with just banging out singles and doubles” when I want so badly for each and every article I publish to be a home run. So, I end up procrastinating. I’ve just read this interesting article from The Atlantic, which does a very good job of explaining those feelings I just described. You should check it out.

The Pursuit of Excellence

Over the last few days, I’ve thought back to the early years of this blog. I marvel now at how much time I’ve dedicated to sitting in front of my computer and writing about poker. Perhaps I used to be “hungrier”? I desperately wanted the poker world – established poker media outlets and players alike – to pay attention to what I had to say. I was determined to claw and scratch my way towards recognition; for my words and opinions to matter. Eventually, it happened.

It took 3 full years to finally “crack the code” and get people to pay attention.

While numbers and traffic graphs certainly tell a story, in-person experiences are what can truly strike you and make a tangible difference. A realization hit me when I attended my first WSOP this past summer, namely that, impossibly, people were recognizing me and stopping me as I walked through those hallowed halls. I feel like I’ve been fortunate to earn people’s attention and for that I am supremely grateful.

Hand in hand with that recognition, however, I now often feel under (self-imposed) pressure to release excellent, top-rate content every single time I click Publish. Thus, when I don’t feel I’m on my A-game, I often just don’t make the effort to sit at the computer and start writing in the first place. The guilt of not producing at all is still easier for me to deal with psychologically than the “preordained ineffectiveness” of just manufacturing another ho-hum 1,000-word essay that will inevitably be relegated to the dustbin of history.

Having experienced the successful “viral” spread of numerous articles, I’m aware of the potential this poker blog has to hopefully have a positive influence in the poker world. It’s hard to come down to earth, though, after that happens.

You feel like you always want to replicate and supersede those successes, and that it’s entirely possible. You feel disappointment when you take a mighty swing and yet somehow the ball falls short of the fences. “Just” a few hundred people decided that a particular op-ed was interesting; barely a few dozen people pay attention when you decide to publish something comparing poker to other skill games online. Simultaneously, for some reason or another, an insignificant Twitter spat erupts among a few well known poker personalities and it seems as though the whole poker world is paying attention. It can be discouraging when hard work and effort goes unnoticed. 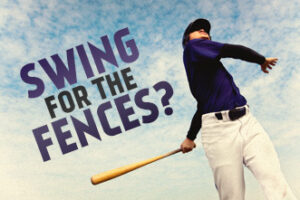 Nonetheless, part of what keeps me going – and believe me, I’ve had plenty of ruts like the one I’m currently in writing-wise – is the knowledge that even the best performers aren’t always on their A-game either. Ali didn’t always knock out every opponent he faced. Jordan didn’t always score 60+ point a game. On more of a poker level, Hellmuth doesn’t always win every single bracelet WSOP event.

I don’t mean to equate my abilities with those of the above-named luminaries, of course, but the point is that even the best performers at their respective crafts aren’t always manufacturing nonstop timelines of highlights.

America’s Founding Fathers championed the rights to life, liberty, and the pursuit of happiness. Why not “happiness” itself? Perhaps because it’s impossible to constantly be experiencing happiness, but it’s nonetheless virtuous to keep on pursuing it.

When I get ready to play poker, I know that I won’t always win – even if I do play my best. That realization doesn’t stop me from wanting to play though.

So, too, with poker writing. I shouldn’t throw my hands up just because I’m not on my A-game. Even when I AM on my A-game, I need to accept that not everything I write is destined to “shake up the poker world”. Still, that doesn’t make the pursuit of A-level poker writing any less worthy.

While I don’t know what the next poker topic is that I’ll choose to write about, nor do I know when I’ll next publish, I know that I’m going to “keep on keeping on”, as it were. Ain’t nothing gonna get me to put down my pen for good.

Time to dig in my heels and face the next pitch; batter up.