Over the last decade or so, U.S. online poker has been embroiled in a life or death battle. In most U.S. states it is illegal to play poker online. The bigger online poker operators that once used to be home to huge crowds have either shut down, moved on, or are embroiled in legal battles. 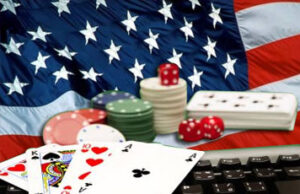 However, as challenging as the years have been, U.S. online poker is far from dead, and there is some hope that it will eventually re-emerge. That hope largely comes in the form of the legalization of online poker that is pending in several states.

One positive development that has taken place was a pact between Delaware and Nevada allowing interstate play legally for the first time. That pact is still in place, but considering there is only one other state for it to expand to currently, it’s not a groundbreaking development. Still, it is the start of the framework that might eventually be used to link various states if they legalize online poker, since it seems unlikely to be allowed at the Federal level.

The main states that all eyes are on due to their reasonable chance to eventually legalize online poker (and their large populations) are California, New York, Pennsylvania, Florida, Massachusetts, and Illinois. All these states are working on online poker legislation of some form or other, though Pennsylvania is the closest to actually passing it anytime soon. 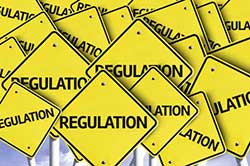 Thus, numerous advocates lobbying in favor of online poker not only face their natural “anti-poker lobbyist” opponents (hello, Sheldon Adelson, et al.), but also the fact that online poker’s appeal as a source of new revenue for states is lackluster at best. In states that are considering legalizing only online poker (as opposed to all online gambling or fantasy sports) – this could make it difficult to get the backing of lawmakers.

On top of that, according to sources such as Playing Legal, the association of online poker with daily fantasy sports (DFS) legislation can be a double edged sword in some cases. While it may help to overcome the weak appeal of online poker as a revenue stream if it is associated with DFS, at the same time DFS itself is being declared illegal in multiple states.

What Could Happen – Maybe

In the best case scenario, if online poker is actually legalized in one of the larger states in the near future, and if an interstate pact similar to the one formed by Delaware and Nevada is formed among all states where online poker would be legal – it could get the ball rolling. It goes without saying that both of these scenarios are big ‘ifs’ and the likelihood of it happening this year is not very high at all.

While Pennsylvania may yet legalize online poker in 2016, with Massachusetts perhaps following suit – it will be 2017 at earliest for Florida, Illinois, and New York. While California has made significant progress, their state legislature isn’t expected to actually pass any bill legalizing online poker until 2019 or thereabouts, if at all.

Considering that timeline, the earliest that a significant interstate pact will materialize is probably 2017, if all goes well. More realistically, I’d estimate 2020 to be the year in which a large-size interstate U.S. online poker poker will materialize. Assuming such a pact would be in place, even that wouldn’t herald the return of online poker to the U.S. (i.e., “the good old days”). In other words, even if 10 or 20 states get together, it’s not the same as Americans in all 50 states having the ability to log in and play poker on a unified international network.

Ultimately what is needed for online poker to flourish once again is a significant number of states getting on board and all coming up with an interstate pact, while also allowing international play. While that may be the dream there should be no illusions that it is a long way from becoming a reality.