When I was asked to review Chasing Hearts on PokerGO, I instantly thought I was “taking one for the team,” as this looked like your typical Blind Date-style Reality TV show. On the surface, that’s the premise of the show: Reality TV dating meets poker. After having watched the show in its entirety, I can say that while it does fall a bit short in terms of the actual application of poker theory, it’s nonetheless a delightful program and one that’s definitely worth checking out. 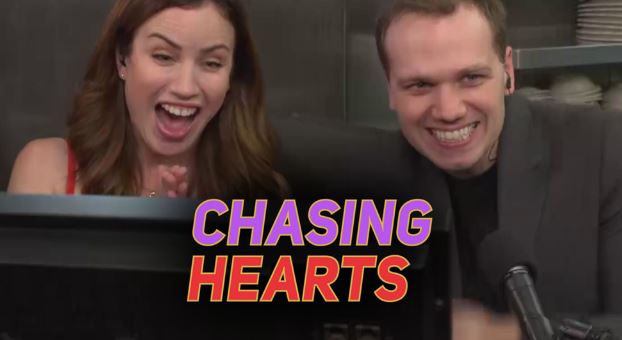 Blake Eastman and Hailey Bright host the series. Blake Eastman is best known in the poker world for creating Beyond Tells, a training site focusing on poker tells. He’s also the founder of the Nonverbal Group, a company that studies body language and helps people decipher body language in their everyday lives.

Hailey Bright is presented as a “dating expert.” If you take a closer look at her background, however, you’ll see that she is primarily an actress and TV presenter, so we will take the title of “dating expert” with a grain of salt. That said, during the show, she proves herself more than capable and deserving of that moniker, at least in this genre. 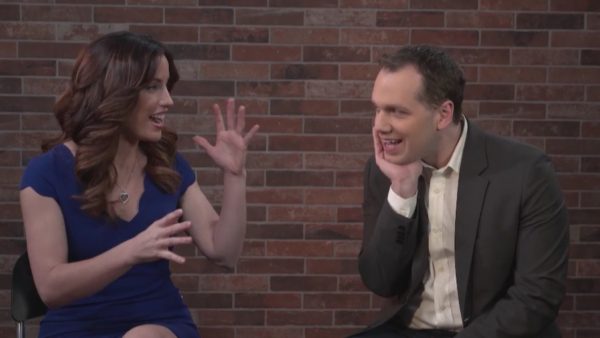 Chasing Hearts is a short-form TV series that uses hidden cameras to observe daters in a blind date-style scenario. One dater is wired, and the presenters give them advice. The premise of the show is applying poker theory to the dating world.

One of the most frustrating things about Reality TV is that there is a lot of filler. Using short-form series format, PokerGO cuts through that filler and presents a program that is surprisingly enjoyable to watch.

I really enjoyed this show overall. Unlike many Reality TV “dating shows,” this one was done with hidden cameras where one person wore a mic and took feedback from the presenters.

As such, this show came across much more natural than you’d expect. Better still, the people featured on these dates were much more authentic than ones you’d see on standard Reality TV shows. There aren’t many “over the top” moments, but there’s enough humor and fun sprinkled in to keep things interesting throughout the viewing experience.

Thought heads up poker was tense? The blind dates on PokerGO’s new series #ChasingHearts are even more intense (but mostly just awkward) 🙈 pic.twitter.com/hmDfvtbku9

Eastman and Bright both did a great job of evaluating what was going on and giving the daters tips when things didn’t seem to be going right. I also liked how they asked the daters to provide signals if they were interested, disinterested, wanting a second date, etc.

In a previous article, I spoke about how that I wasn’t too big a fan of the short-form format that PokerGO utilized for Poker Nights. For this show, by contrast, I feel that the short-form works beautifully!

The one area where I am disappointed in the show is the actual application of “poker theory” to the dates. Here’s a quick rundown of how each episode progresses:

In the introduction to each episode, there is a card that presents the general poker tip/idea that will be exhibited in the show. It shows for about four seconds before we switch over to the presenters. In a couple of episodes, some poker lingo is used, but no actual theory.

The closing segment, where poker theory is applied, generally takes up the last 30-60 seconds of each 6- to 7-minute episode. I feel that poker theory could have been spread out a little more during the actual date. 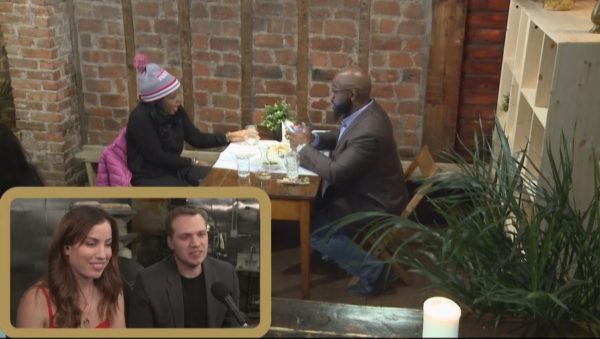 Eastman and Bright watching and analyzing a date

Instead, Bright and Eastman focus on standard body language and nonverbal clues that you would expect from a Reality TV dating show. While that is understandable, it’s just a slight bit disappointing considering that this show’s premise is supposed to be an application of poker theory to dating.

Chasing Hearts Should Be Renewed, But More Theory Needed

Ultimately, I give Chasing Hearts 4 stars out of a possible 5, with the only real drawback being the application of poker theory during the dates. When you sell a show being a particular concept and gloss over that selling point, you sometimes drive away the target audience.

Luckily, the format of Chasing Hearts helps to bridge some of the shortcomings and is still a worthy addition to the PokerGO library of shows. Personally, I’d be interested in seeing a second season of this show produced. However, if they choose to do so, I’d make the effort to add a bit more poker theory to each episode.

Another suggestion would be to utilize the same format but specifically use poker players or well-known pros as the daters. That way you could “get away with” less theory but still make it that much more appealing to the general poker public.