Poker Tips By George: Bluffing on the Turn

I have a huge poker library, including my own three books. One of the best is “Poker for Dummies” by the memorable Lou Krieger, co-authored with Richard Harroch. Enjoying the warm fall weather, I was scanning the book while relaxing in my backyard. A section on “Bluffing on the Turn” caught my attention. Superb! My first thought was to share it with you here, dear Cardplayer Lifestyle readers. 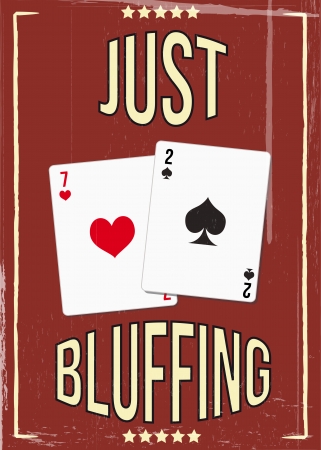 You are playing low-stakes limit Texas hold’em and raise preflop with A-K. Then, you bet into two opponents when the flop comes down: J-7-3. Not much there. Your bet – a semi-bluff – may cause an opponent to fold the best hand. And, even if he calls, you still have the river to catch an Ace or a King and win the pot. But, if your bet is raised, don’t hesitate to muck your hand. This advice would be sound whether playing live or online at a reliable casino site like Wunderino.

Should you bluff on the turn?

Krieger’s book asks the key question: “Should you bluff on the turn?” He offers five tips that can help you decide. I will comment on these and add a tip of my own.

Let me add another tip:

If you are in a middle position, look to your left to spot opponents’ tells to see if anyone is planning to bet (or raise) after you. How many chips did he gather up?