Poker Tips By George: The Squeeze Play and the Esther Bluff

My thanks to Poker Hall of Famer Linda Johnson – one of my three favorite women in poker – for teaching me the Squeeze Play. (You are never too old to learn.) It is a rather unique poker concept that she described in her chapter in Winning Women of Poker. She intended the Squeeze Play to be used in no-limit games; but I have figured out how to use this concept in limit games (my preference). 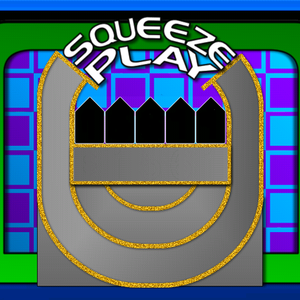 Basically, the Squeeze Play works like this: There is a rather aggressive player at your table. (That is fairly common.) He/she is involved in almost every hand dealt, usually raising or re-raising. Of course, that player is raising far too often – more often than not with poor starting hands. After a pre-flop raise, there will be times when another player calls that raise and everyone else folds to you. When the betting comes around to you, then you re-raise with any two cards – and expect to win the pot uncontested most of the time. It’s not a monster pot, but small/medium pots do add up over time. That could well be the difference between a winning and losing session.

Linda cautions: “For the play to have a good chance of success, your raise must be large enough to induce your opponents to fold.” Ideally, a raise of five or more times the original raise is best. Yes, that will certainly get your opponents’ attention, and strongly suggest they fold their hands, leaving the pot to you.

But, what if you are playing limit hold’em? Then a big re-raise is not possible. There is an alternative: I call it the Esther Bluff. Years ago, when I was teaching my pre-teen granddaughter to play Texas Hold’em, she often used this play against me – so much so that I soon caught on to her devious action. I have since been using this tactic to reinforce my bluffs – with considerable success. Even in low-limit games, I have been able to bluff out as many as four opponents at a time. Remarkable!

Furthermore, this has held true in every poker venue in which I play. By the way, while I have my favorite poker room, in popular poker markets like Southern California (where I live), it’s especially important to compare poker casinos. It may, for instance, be worth driving out to a casino poker room further away if the games are better. In any event, I digress…

The aforementioned Esther Bluff concept is actually quite straightforward, and it ought to work wherever and with whomever you play poker: Make your raise/re-raise with confidence. You ”know” you have the best hand! Combine that with a reverse tell – a deliberate action made by a player to convey the opposite of whatever information that action might appear to convey. While most tells are involuntary, while a reverse tell, by contrast, is made with full intention. Sometimes it is called a “false tell.” Here are several examples of reverse tells from my book, The Art of Bluffing. (See ad below.):

Any one of these reverse tells is bound to help your Squeeze Play. Speaking from my own experience, it’s certainly helped me win more at the poker tables over the years!