On Learning to Accept and Embrace Variance

About six months ago I wrote a blog post about how I had finally arrived and was a winning poker player. I took my game to the next level and managed to consistently end up in the black, whereas beforehand I was a breakeven player. I was well on my way to building a bank roll beyond the triple digits and was feeling like I was finally on my way to making it in poker. I imagine that some of you out there might snicker at celebrating a $1,000 bankroll, but for me it represented a good start. Then it happened – like a tornado – variance came and ripped my bankroll to shreds, as if tearing through a trailer park.

I was playing 50NL, nearing that magical $1,000 milestone, when without warning the downswing hit me. I think I was caught off guard because my prior upswing had lasted for a few weeks, giving me a false sense of poker reality. For three weeks I could not lose. I could 3-bet my 72o with confidence knowing that, if called, the flop, turn, and river were my allies and would back me up. I know that by no means would that qualify as a standard play, but after several weeks of cards just falling into my lap I adjusted accordingly.

It takes a long time for people to get where the money really is/comes from in poker. Most never do actually. Drink with the whales, have fun, play a little worse, win way more money. Easy game.

When reality came crashing down, however, I couldn’t even arrive at showdown having flopped a full house without being one-upped by quads or a bigger full house. My sets were being beaten by superior sets, my straights were losing to rivered flushes, and my flushes were toppled by higher flushes.

I could not win.

Breakeven would have been a dream compared to the buy-ins I was losing. I was getting it in good, too! I wasn’t calling shoves with pocket aces on paired boards with possible straights and flush draws being completed. I wasn’t taking my two-pair or trips all the way against nitty rocks. I was playing solid poker, just getting beat by variance. Out of frustration (and tilt?), I started getting desperate to turn the situation around, so I started taking top pair-top kicker hands and overpairs to showdown. Big mistake!

The Silver Lining: Lessons from Variance

After coming out of that slap in the face that variance laid on me, I am actually grateful in retrospect, looking back and reflecting on it. I learned that my style of play wasn’t solid poker at all, but rather that it instead invited variance, i.e., I had massive leaks. I was the furthest thing from an online pokies pro.

It turns out that there are only a few degrees of difference between NIT, TAG, LAG, and maniac. After five years of studying poker, I am just now starting to understand all the subtleties. When you first start learning about poker you quickly hear that LAG style is the best way to play. I naturally gravitated toward trying to adopt that loose aggressive style into my own play. As part of my studying I watched videos of cash games and I would see the pros opening with all sorts of garbage hands and I thought I should open with those hands as well.

You can see how this was a train wreck waiting to happen, as perception and reality are two different things. Had I known then what I know now, I would have realized that those pros were not opening every single double suited gapper from UTG, and they were not calling every single early open either.

I had a slight understanding of GTO (Game Theory Optimal play). As you might imagine, I was incorrect not only in my application, but also in when I was applying it. I shouldn’t have been playing GTO in a 50NL game; it just isn’t necessary. I now know I need to play exploitative poker at that level. 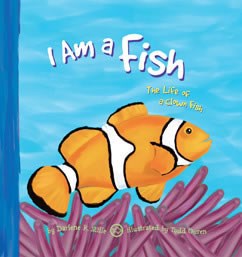 To be brutally honest, I had the stark realization that I was a fish. There. I said it. I was the guy who thought he was a shark for a few weeks because the cards were hot. I was the guy envisioning putting in my two week notice because I was on my way to going pro! What a joke! The cards stopped coming and BAM – I was a loser! So, I did what all losers do: I over-adjusted. I did, however, also keep studying. I knew that I didn’t want to remain a fish.

The point of writing up this blog post isn’t just to berate my poker stupidity, but rather to illustrate to you, dear readers, the reality of variance and how to deal with it. Do not over-adjust. Take what the table will give you. That is the take away here. I can’t sit down at any random table and force my agenda and expect the table to hand it over. I need to be the one to adjust my play to exploit their tendencies and frequencies. Period! That’s it 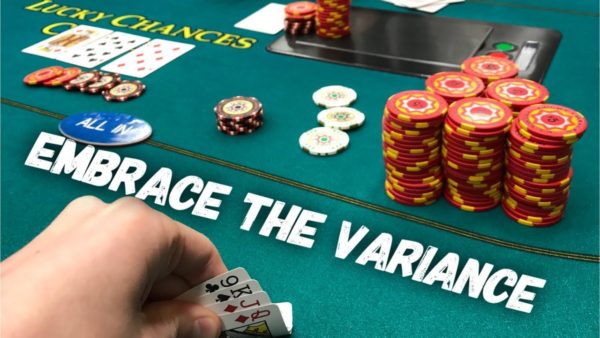 I am now nearing the $1,000 bankroll once again and am looking forward to actually being a winning player as apposed to being a losing player with a long string of run good. Looking back, I can’t believe it took me so long to learn what I’ve finally learned. It all seems so obvious and easy in hindsight. I have never been the kind of learner that can just pick up a subject or lesson. I have always had to learn the hard way.

I had to learn the value of position by seeing for myself how crappy being out of position is with a wide range. I would explore in depth being out of position with rags for weeks and weeks before finally having such an epiphany. Apply that learning method to every single aspect of poker theory and that is exactly how it took me five plus years to get it.

Happily, I get it now. I’ve learned the error of my ways. I look forward to the next stage of my poker journey.  Not only do I fully expect to get over the triple digit mark shortly, but I’m also planning on plowing full steam ahead to a four- and, eventually, five-digit bankroll… if I play my cards right. 🙂