The spectator generally only sees the race unfold between the start and finish line, but the race begins long before the gun goes off and all the participants blast off from the starting block. Athletes train long and hard leading up to a race, sometimes for months or even years. In my case, with poker, it has taken five years of training to get to the beginning of the race. 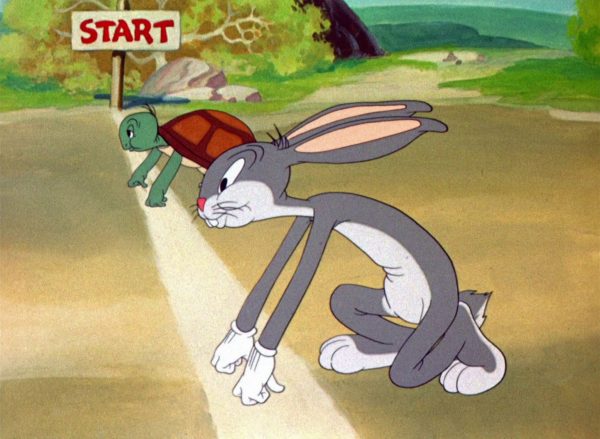 I knew going in that it would take that long because I had read an article when I first started looking into it that quoted a professional poker player saying it would take someone five years of studying to just scratch the surface of a pro player’s skill level. Sure enough, right at year #5, a light came on for me and I went from being a break-even player to a winning player. Basically, what happens over the course of five years is that every new piece of game theory that is learned is really mechanical and somewhat awkward when applied, and other strategies you have acquired take a backseat while implementing the new one. At least that is how my brain works. I can’t apply a new strategy and maintain other aspects of game all at once. I need to focus on one thing at a time, and over a period of time I can begin to add more principles. Eventually it stops being mechanical and awkward and your brain just starts to automatically implement the techniques. I wish I was a poker savant, but I was just never going to be a prodigy at anything; that just wasn’t in the cards for me!

My journey with poker goes back to when I was a kid playing 5-card draw, 7-card no peek, and stud with the family over holiday vacations. The chips didn’t have any value, just cheap plastic chips we would splash into the pot and bet all-in as often as possible. When I say as often as possible I mean a pocket pair of twos were good enough to take all the way! I loved those times, those are some of my most favorite memories.

The next time I played, I was 16 years old at house party and a game of strip poker busted out! The only upgrade in my strategy was that I would find the fold with my pocket pair of twos depending on the action. There was a lot more at stake in this game than just plastic chips with no cash value, namely my dignity! I ended up winning that game, as I was the last one at the table nearly fully dressed. My prize for winning was meeting my ex-wife, who was one of the unfortunate losers of the game. The moral of that story? Don’t marry the guy or gal you meet at a house party playing strip poker; not exactly the tale you want to tell the grandkids! Nonetheless, it is still a great poker memory I cherish dearly. I am still friends with my ex and we still have a good chuckle over it.

The subsequent time I played was just over 10 years ago at age 28, in college. This crowd took their poker a bit more seriously than what I had experienced up to that point. They had a regular home game where they played a $20 buy-in tourney. I only had to upgrade my strategy to now include some well-timed bluffs. I was a complete ABC nit player, so I knew my bluffs would get respect. My straightforward strategy won me the two tourneys we played, earning me my first cash prize. I pretty much felt like the master of the universe! That was back in 2008, before Black Friday hit. I ran home and dumped $50 into PokerStars and it instantly disappeared. I deposited another $50 and POOF it vanished, too! I was no longer master of the universe.

Reconnecting with the Game I Love

I had all but forgotten poker existed up until five years ago. I was really into this online golf game, but I couldn’t consistently win at it. I was playing against regulars who just rocked at it and I thought it would be so awesome to be one of those guys. I decided I was going to play until I was “that guy.” I wanted to be the one that was great at something. Right then, a light bulb lit up over my head and I realized that if I was going to be that guy I might as well be that guy at the poker table. What would be the point of being that guy in an online golf game!? No offense to anybody who has a hobby that doesn’t have a cash payout at the end of the day, I am just fortunate I suppose to have a hobby I love that does.

Diving back into the game, as I mentioned at the outset, the first article I read was something about how to become a professional poker player. After reading it, I was immediately overwhelmed and discouraged. It was not going to be easy, but like anything else, if it was easy the reward wouldn’t be great.

In my quest to become a poker player, my game plan was always not to break the bank. I started by playing online freeroll tourneys with thousands of participants and trying to make it into the money. When I say “make it into the money,” keep in mind that the payouts are about $1 for finishing in 10th-30th place out of thousands of players. So, I would take my dollar “score” and attempt to build a bank roll out of it. The first time I did this, I grinded until I had $120. At the time, I thought “What a great story this is going to be when the New York Post interviews me once I’m famous!” Well, the $120 was a fluke and it quickly disappeared. I would then play more freerolls, get my dollar, and repeat the process. Each time I managed to grind it up to around $100 and then I lost it. I eventually came to my senses and realized this strategy was not going to work.

Not Just Playing Poker, But Also Writing, Studying, and Coaching

Throughout my grind, I was reading everything I could and doing off-table work using the Advanced Poker Training website. One day when I opened up their website a pop-up asked if anybody was interested in writing a blog for them. I immediately sent in an application but they instead ended up  giving the position to a gentleman with a background in analytics and previous writing experience. With those qualifications, their decision of course made perfect sense. I was pretty bummed out though and vented to my wife about it. She encouraged me to keep trying and not give up if I wanted to go after a poker writing position. She is awesome like that!

I emailed Robbie Strazynski the very next day and he took me on board as a contributor! As a matter of fact, that email was the basis for my first blog post here on Cardplayer Lifestyle.

The thought for me was that if I really wanted to be a poker player, I needed to do anything and everything that pointed me in that direction. Contributing to Cardplayer Lifestyle has been such a huge blessing. It has allowed me to do reviews of books and videos produced by some of the best poker players in the world. Needless to say, you can’t take in all that material and not learn a thing or two yourself! I wasn’t just skimming the material and spitting out reviews for this site, I was eating it all up, and absorbing it. I then strategically started to coach poker to others on Poker Castle knowing that it would further solidify everything I already knew about the game.

A few weeks ago, there was an “Aha!” moment where everything just clicked. My break-even winrate all of a sudden elevated and took off. I mean, I am only playing the 50NL stakes online, headed towards my first grand and looking forward to eventually playing 100NL when good bankroll management dictates, but it is so refreshing!

For five years I have pressed into this dream despite countless hurdles that seem to suggest that I will never be “that guy.” Thank goodness for my wife for her continued support. I can only imagine what it looks like from an outsider’s perspective. I look like a degenerate who is the close cousin to the unemployed single 40-year-old living in his parents’ basement playing video games. I couldn’t promise my wife that it would ever pay off in the end and mean it. Poker is not easy and there are no guarantees that if you work hard you will get there!

If you don’t possess certain qualities, I suppose no matter how hard you try you will just be a floundering fish. One of those qualities is discipline. If you are easily swayed and have tendencies to go on tilt and you just can’t get a handle on it, you will struggle. If you can’t fold your pocket aces no matter the action and board texture, you will not succeed. If you bluff off your stack with AK every time you miss the flop with that hand, you aren’t going to make it. You just can’t teach discipline, you either have it or you don’t. Obviously, there are a lot of other attributes that hinder playing poker at a certain level, but discipline is for sure at the top of the list.

After five long years, my race is finally about to begin.

That is hilarious; can’t believe I didn’t put two and two together myself, lol! You guys are very, very kind, and it’s a pleasure knowing you all. I love having great relationships with wonderful, talented people who love poker! Thank you for the sweet words; they mean the world to me.