How I Applied to Contribute to the Cardplayer Lifestyle Poker Blog

Editor’s note: A few days ago, I received a “cold” email, out of the blue, from a gentleman named Shannon Mack, asking if he could become an occasional contributor to this poker blog. Over the past seven years, I’ve gotten approached many times by a number of people wishing to contribute. Never, though, had I seen a letter like Shannon’s. After happily agreeing to have him as a contributor, I suggested to him that we publish his original email to me as his first post. It’s ever-so-slightly edited, as I removed parts irrelevant to the nature of this post, but otherwise, it’s basically “raw”.

What struck me the most about Mack (as he prefers to be called) is his genuine authenticity – his deep down true love for the game of poker. In approaching me, he clearly had no ulterior motive other than a desire to express his passion for the game. That’s the kind of person to whom I’m more than happy to offer this platform. I’m pretty certain that after reading what he has to say, you’ll be clamoring for more… just like I am.

Hey there, my name is Mack; well, Shannon Mack, but I go by my last name.  Good ol’ Irish name I suppose! So, last week I was in Vegas for work and had my first opportunity to sit down and play live 1/2 NL in Sin City! It was amazing. I had been studying poker theory for the last three years and only played live one other time back home in Minnesota, just over the border at Diamond Jo’s (in Iowa) a few months ago. It took me about 20 minutes to build up the courage to exchange my $200 for chips and have a seat. Forty-five minutes later I was up $400. I leaned over to the dealer and asked him how to leave the table – I had no idea! It was the most amazing experience. 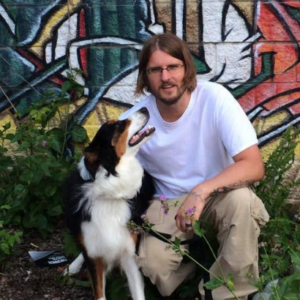 So, I felt like my Vegas work trip was my chance to prove whether or not that was a fluke or not. I sat down in the Venetian poker room last Thursday and played from 6pm until 3am Friday morning. I lost $14. Now that may sound like it proved that my $400 win in Iowa was, as matter of fact, a fluke; however, I disagree. My table was rowdy right from the get-go and lunatic agro with $25-$50 opening bets and $100 re-raises being the norm. Fortunately, I had the gumption to befriend the gentleman on my left who was mainly responsible for instigating the action. When I was in the blind, he would play nice and let me see a cheap flop.

Over the course of 9 hours, I saw nearly 15 people sit down and lose it all only to toss in some more thinking that their “luck” was going to change. It didn’t. All in all, I saw my losing $14 as complete confirmation that my skills were polished. I could have gotten up and gone to a table that wasn’t so crazy, but in all honesty I was having a blast hanging out with the big personalities at the felt.

So yeah, basically I would like to write a blog for entertainment and strategy illustrating my experiences as a brand new poker player who has only been studying game theory for the last three years and is now ready to apply what I have learned. I would draw from my three years of studying and unpack some of the more useful methods and resources. I would describe current studying habits and techniques and talk about what is helpful and what was not so helpful. I would also blog about the actual application and experience of not only online play, but live games, what I learned, and what else needs to be studied to improve my game even further.

This would be an amazing opportunity for me. Poker really has been a huge part of my life the last few years. It has actually to some degree helped save it. Six years ago I quit drinking and doing drugs after a long 17-year battle with chronic abusive alcoholism and drug addiction that was seriously threatening to take my life. I needed a social hobby and a challenge. I landed on poker, which is great because there is an opportunity to make money as well as the social benefit. I think having a poker blog is the next step in my journey.