Hop into Doc Brown’s time machine with me, back to the year 2005. Chris Moneymaker was just two years removed from his improbable run in the WSOP Main Event (BTW, here’s my interview with Chris from a couple weeks ago). Online poker was cool, and the game of poker had finally become ‘mainstream’. Every mainstream media outlet – Fox Sports, ESPN, NBC, GSN – wanted a piece of the action, and who could blame them? Advertisers were lining up to sponsor televised poker events such as High Stakes Poker, the World Series of Poker, World Poker Tour, and Poker After Dark (my favorite). 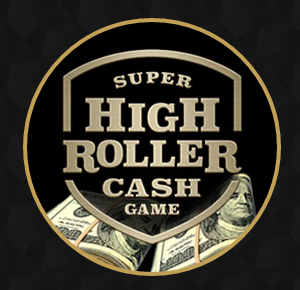 Poker just wasn’t ‘cool’ prior to Moneymaker’s big win in 2003. If you played poker for a living back in the 1990s, your family probably disowned you. If you played poker for a living in 2005, your friends and family probably wanted to live vicariously through your lifestyle. That’s because they saw poker on television non-stop and got to see how exciting and potentially profitable this game could truly be.

What really drew people into the game of poker back then was the personalities. All poker fans know the guys I’m talking about: Mike Matusow, Phil Hellmuth, Daniel Negreanu, Phil Laak, Gus Hansen, Antonio Esfandiari, Phil Ivey, Jennifer Harman, Johnny Chan, Doyle Brunson, etc. These superstars not only knew how to play poker. They also knew how to entertain. When the cameras were rolling, they put on a show, whether it was Matusow feuding with Shahram Sheikhan at the 2005 WSOP or Phil Hellmuth’s many epic blow ups, poker was more than just a game – it was a spectacle.

At some point over the last decade, poker became “just a game” again. By 2011, poker was no longer mainstream. High Stakes Poker folded, as did Poker After Dark. ESPN limited its WSOP coverage to the Main Event. Much of that can be attributed to ‘Black Friday’, but I think the writing was already on the wall. The game of poker, save for ESPN’s WSOP coverage, is no longer must-see TV because there are no big TV events to see.

If you watched the live stream on Twitch of the three days of cash game play, you probably noticed something:  today’s top poker pros have very little in common with the players many of us grew up watching on TV. They differ tremendously in terms of personality and style of play. Day 1 of the Super High Roller Cash Game ($250,000 minimum buy-in) featured an old-school table. Phil Ivey, Antonio Esfandiari, Jennifer Tilly, Doyle Brunson, and Jean-Robert Bellande headlined the action. 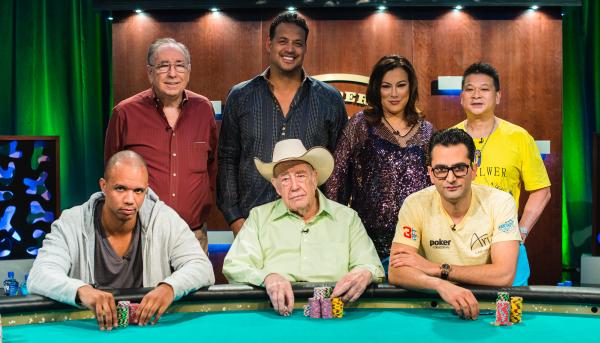 It was a pleasure to watch this group in person and I’m sure that once the producers at Poker Central edit the tape, we’ll get to see a show that closely resembles High Stakes Poker. Most of the players played as expected. Ivey was, surprisingly, tight. Jennifer Tilly was, surprisingly, aggressive and reckless. Esfandiari played his usual wild but controlled style of play, and Jean-Robert was up and down all day, like he always seems to be on TV. Except for Ivey, the players kept the game lively. It was evident these poker stars have experience working the camera.

Day 2 was different in many ways. The game featured mostly new-school poker studs such as Scott Seiver, Andrew Robl, Doug Polk, Dan Colman, and Sam Trickett. These are the players whose playing styles many around the poker community attempt to emulate now. The old-school players don’t get much respect from today’s younger players. The Day 2 table is considered “superior”. These guys play the hyper-aggressive style that became popular a few years ago. They attack pre-flop, flat call light in position on the flop, and almost always continuation bet. 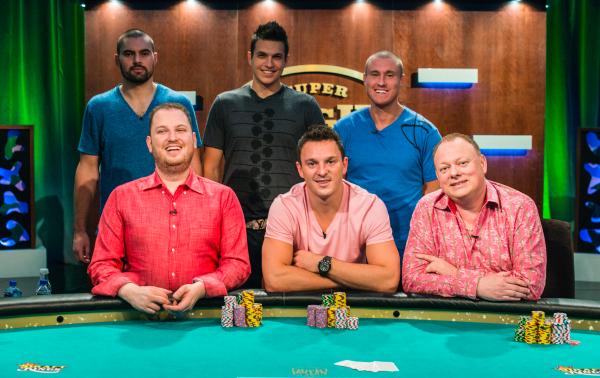 The Day 2 table was lively, but it was obvious they don’t have the same charisma as the Day 1 competitors. I don’t mean to offend, of course, but it’s just to be expected considering that the Day 1 table was filled with poker players who had extensive experience playing in front of TV cameras and playing to the viewing audience. With that said, I thought Scott Seiver did a good job of keeping the table talk interesting. Beyond being one of the best players in the world, Seiver’s personality is quite simply made for TV. Without him at the table, I’m not sure Day 2 would have been entertaining to watch. I know some poker players don’t care for his talkative personality, but I like it.

Day 3: A Lively Mix of Players and Personalities

Day 3 featured an eclectic mix of players. Bobby Baldwin and a few other old-timers hit the felt, along with a couple of ‘youngsters’ such as Jean-Robert Bellande and Antonio Esfandiari. I was pleasantly surprised with this table. They were very entertaining. Specifically, Bill Klein and John Morgan were a couple of “old rich dudes” that constantly made me laugh. 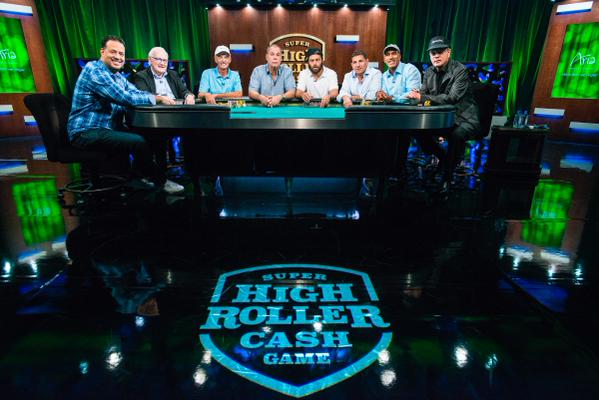 Rick Salomon also made his way to the table on Day 3. If you’re unfamiliar with Mr. Salomon, he’s a bearded weirdo who became famous for his leaked sex tape with Paris Hilton and marrying crazy famous women such as Shannon Doherty and Pamela Anderson. He’s an entertaining player because he’s hyper-aggressive and is prepared to call anyone down with junk. The best hand of the day involved Salomon and Bellande. Salomon made a donk call in position on a queen-high flop with J-10 suited (no draw, no pair). He hit a runner-runner flush and won a massive pot against Bellande. You can imagine that Bellande’s reaction wasn’t pleasant.

Salomon isn’t a new-school player in terms of age (he’s 47), but he does play a similar style to the new-school breed. He is ultra-aggressive in position. It’s rare to see him fold to a bet on the flop even if he completely misses. He bluffs… a lot. He is aggressive pre- and post-flop and plays a lot of hands. The old-school poker mentality is quite a bit different. That’s not to say the old-schoolers only played the nuts, but they were more selective pre-flop and didn’t call down light as much.

Intentional or Not, Poker Central’s Casting Was Perfect

I thought it was really cool to see the contrasting styles of play and personalities each day. I don’t know if Poker Central casted the tables intentionally or not, but it’s going to make for some epic television on their network this fall. 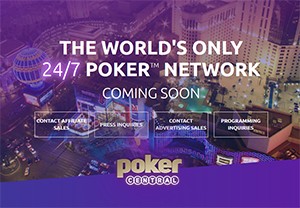 I caught snippets of the live stream on Twitch when I wasn’t watching live on the TV set at Aria. The commentary was solid, but viewers were unable to see hole cards. I know that this sort of ruined the enjoyment for many viewers. With that said, the beauty of episodic, professionally produced poker TV shows is that we’ll get to see the hole cards and play right along with the pros.

Mori Eskandani is producing the show and, based on his past history (Poker After Dark, High Stakes Poker), I know he’s going to get this right. I got to meet Mori on the set and he was very friendly and helpful. He even offered to help find me a good place to sit so that I could take pictures of the action, some of which I included here in my write-up.

Everyone at Poker Central and Aria have been super accommodating. It was exceptionally cool, as a poker fan, getting to watch these poker celebrities playing for millions of dollars right up close. I can’t wait to see it on television this fall, and I’m equally excited to watch the Aria Super High Roller Bowl… which has just started right as we’re publishing. I’ll check in with you guys again soon!

I watched this show last monday night and was totally blown away and it was so WONDERFUL to see these great people again. the show was sooooo exciting and I could not move away from the TV the whole time it was on. thank you so much for bringing all my favorite players back on TV. Can you please let me know what nights and what time this show will be on?????? i will never miss it ever.
I am in California and cannot wait to watch the next show… GREAT JOB…

Hey Nancy. You can probably find this, along with all the other great poker TV you crave over at PokerGO (www.pokergo.com). Enjoy!