Doyle Brunson Interview: 12 Questions with the Godfather of Poker

There’s not much that can be said about Poker Hall of Famer Doyle Brunson that hasn’t been said already. The Godfather of Poker is a living legend without peer. Still active in the live poker scene well into his eighties, Doyle’s laundry list of accolades is well known, and his career is one of the rare ones that transcends the poker world.

As he’s steadily scaled back his on-felt activity, having announced his retirement (from tournament play), getting an interview with Mr. Brunson is something that’s becoming ever rarer. It’s for that reason that I’m so exceptionally grateful to have been granted the opportunity to have a brief chat with a man who is regarded by most if not all as the greatest legend in poker.

Thank you so much, sir, for kindly giving of your time to answer my questions, sharing with the poker world how you’re keeping busy during the coronavirus pandemic, and reflecting openly on some of the highlights of your lifetime at the poker tables.

A man whose actions have always spoken louder than his words, Doyle’s answers to my queries were mostly short and to the point. Nonetheless, they certainly give us all a window into his thought process, his personal life, his self-awareness, and his values. I hope you enjoy our conversation. 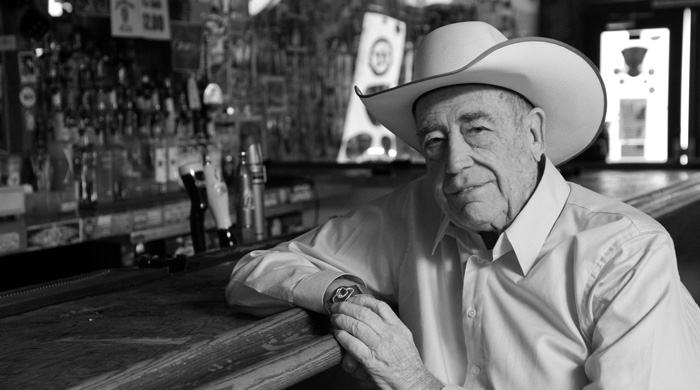 Let’s begin with the topic that’s always on people’s minds now: COVID-19. How have you been spending your time each day at home while under lockdown?

I’ve been binge watching many TV series. My favorite, so far, has been Justified.

I’m sure you miss playing live poker a great deal, and it’s likely going to be a while yet until games get going again in Las Vegas. At what point would you personally feel comfortable heading back to the tables?

Not until the all-clear is sounded. I have a strong immune system, but i’m afraid of infecting my wife of 60 years. So I’ll be sitting out for a while yet.

What still motivates you to keep playing poker after all these years?

Who have been the players you’ve enjoyed playing with most over the years?

I loved playing against Chip Reese and Jack Straus.

I never said Stu was the best. I said he is the best winning player I’ve seen, but one of the worst losing player I’ve ever seen. The best player of all time is Chip Reese. Not even close. https://t.co/wJuTVCnHZ4

As my old friend Jack Strauss used to say…”the best thing a young gambler do is kill a hijacker and be castrated”. Then you wouldn’t be bothered anymore.

Which of your poker highlights/memories stand out most to you?

Obviously each one of my 10 WSOP bracelets and my WPT win. 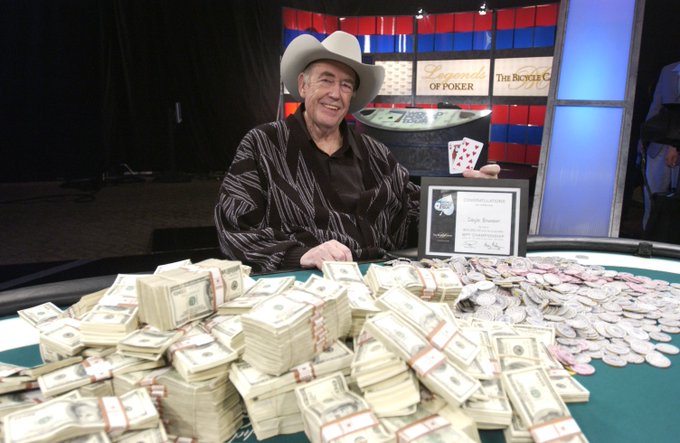 Who are some of the players you respect most, and what sort of qualities (poker-wise and in general) does it take to earn your respect?

I respect anyone that pulls a chair up to a poker table, no matter what the stakes are!

Whenever you make an appearance at the Rio during the World Series of Poker, it’s become somewhat of a tradition that everyone in the room stands up for you and applauds. How does that make you feel?

It’s flattering, but it makes me uncomfortable.

A tip of his cap and a standing ovation for @TexDolly.
Living legend ends @WSOP career with a final table run in the $10K NL 2-7 Lowball Championship.
Watch LIVE: https://t.co/wtwTU6NmGw pic.twitter.com/4C734OQgIG

Do you ever wish you could go back to some point in your life and do something differently?

I would like to go back and not break my leg when I was 20 years old. It ruined a lifetime dream I had had of playing in the NBA. But I guess things worked out.

What things do you love and appreciate the most about having reached this current stage of your life?

I appreciate my wife Louise. If I hadn’t married her I would never enjoyed the success I’ve had. I’d probably be dead if not for her.

My bride of 53 years. I was really lucky to get her.😄😄 pic.twitter.com/IseqFXSdsK

Does it give you a special sense of satisfaction to still be playing and winning in the super high stakes games after all these years, especially after so many others have come and gone?

Yes of course it does. I’ve lost a step but I was two steps ahead of the game.

How do you determine for whom to cast your votes for induction into the Poker Hall of Fame each year when there are so many worthy candidates? In other words, what in your mind separates the all-stars from the all-time greatest?

Their contributions they have made to poker.

Your legacy in the poker world has long been secure, but for what character traits would you specifically like to be remembered by future generations of poker players?

My longevity and my dedication to the game.