One of the most well-trafficked websites in the poker world is thehendonmob.com. As the world’s largest and most comprehensive database of live tournament results, festivals, venues, and events, professional and recreational poker players alike utilize the website to keep track of their individual stats as well as the performances of their friends and rivals at the felt. Poker fans and stats geeks the world over enjoy looking up the results of their favorite players as well as seeing past scores of popular players and previously unknown players who’ve just notched big wins.

Over the years, the Hendon Mob has added numerous other fun features, including country flags to indicate where each individual tournament cash takes place, dedicated icons to indicate the branding of each tournament, and all manner of sortable lists, where visitors can filter player results by age, nationality, dollar amount, and much more – pretty much everything except casino welcome bonuses. The website, founded by the original four members of the Hendon Mob – Joe Beevers, Ram Vaswani, and Barny and Ross Boatman – was acquired back in the summer of 2013 by Alex Dreyfus’ Global Poker Index and has since grown from more of a UK-focused operation to become a household name throughout the entire poker world.

While Dreyfus still owns the brands, he has moved on professionally into the world of Blockchain and cryptocurrency, leaving his company’s poker operations in the very capable hands of Eric Danis. Danis oversees a team comprised of about half a dozen full-time employees, with activities now headquartered out of Malta. For the first time ever, the Hendon Mob has just branched out to hold a branded live poker tournament of their own at the inaugural Malta Poker Festival, a €250 buy-in affair that drew an impressive 491 players vying for a coveted all-new special “Hendon Mob flag” on their personal results page as well as thousands of euros in prize money.

While attending the festival, I had the opportunity to meet up with the majority of the Hendon Mob team. We had a wonderful time chatting about all things poker and it was so great to meet in person the people responsible for curating such a vast amount of information so as to help better serve the poker world. As a gesture of thanks for all they do, I wanted to take the opportunity to shine on the Hendon Mob team some much-deserved spotlight. Let’s learn some more about these fine people. 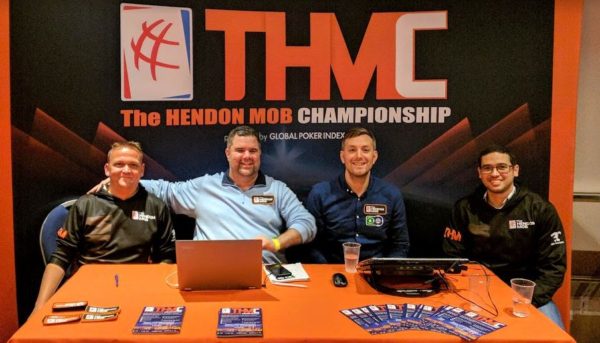 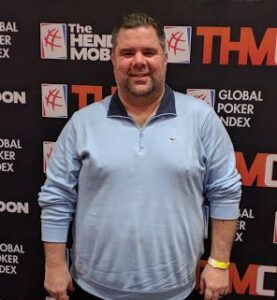 How I got into poker: Details in this full-length Top Pair Home Game Poker Podcast interview from a couple years back.

Joined Hendon Mob in: 2011. Was introduced to Alex Dreyfus after a mutual acquaintance learned that I was looking to get into poker full-time. After a brief Skype conversation, I was hired immediately. Both Alex and I took a big leap of faith

Previous job(s): Just before getting hired by Alex, I was in charge of a warehouse at an electrical company in Ontario, and before that I was a call center manager for Ticketmaster for 15 years.

Job description: Overseeing all company operations, but also hands-on involvement in “the grunt work,” with a main focus on producing the American Poker Awards each February, getting sponsors, and networking within the poker community.

Favorite part of the job: I love that it’s not a regular job. It’s a 24/7 job, and I love getting a random result at some random hour on some random day and my wife knowing that I have to take half an hour to input the result into the database and get it published. I also love seeing the players getting the new results and checking the database, enjoying the data we’ve worked so hard as a team to produce. 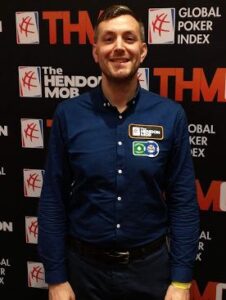 How I got into poker: Back in the late-2000s, I was playing a lot of poker in small stakes games at the University of Leeds. Soon after finishing university, I started playing in a number of the old London poker clubs, including the Fox, the Gutshot, the Royal Surrey, the Western, the Vic, and the Empire. I was always very interested in the industry; following lots of people and players on Twitter and Facebook and I had a huge enthusiasm to try and break into the poker world.

Joined Hendon Mob in: End of 2013; about to celebrate my 5-year anniversary with the company. I had just finished my Law degree and was supposed to be applying to law firms to become a barrister. After seeing a retweet from PokerStrategy.com Editor Barry Carter that Alex Dreyfus was looking for a Full-Stack Web Developer, I applied for a job and within a couple weeks was on a plane to Malta to begin work.

Previous job(s): I used to work in Finance and Sports Media.

Job description: I look after the team that runs the day-to day operations, and am responsible for looking after the commercial side of the business; people sometimes forget that we are a business after all. I try to cultivate relationships with new advertisers as well as improve and solidify existing relationships with our sponsors including both live and online operators. I speak with a lot of card room managers and marketing directors from venues all around the world. I’ve also worked really hard on making this new Hendon Mob Championship happen over the last couple months; so it’s awesome to see it come to fruition.

🗣 Here’s our very own Roland @Lord_Boothby Boothby telling you a bit more about the custom flag that you’ll get if you cash in The Hendon Mob Championship Malta #THMC #Flaghunting
(🎥 @the_malta) pic.twitter.com/aCixStSHbb

Favorite part of the job: I love working together with my friends each day and I feel very lucky to be working in an industry I’m so passionate about. The majority of people don’t get to do that in life. 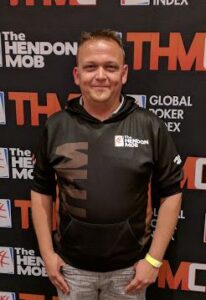 How I got into poker: I’ve been in the industry since 2006. One of my fellow students living in the dorms while I was studying in Copenhagen taught me how to play poker. When I got back home to the Netherlands, all of my friends and all the students in universities were playing poker. Nobody would even apply for jobs in bars anymore; the student job was playing online poker.

Joined Hendon Mob in: 2016. I started with the company just before the launch of the Global Poker League.

Previous job(s): I used to run a Dutch poker training site with Jorryt van Hoof called Nederpoker for about five or six years. I started out there by helping people install Hold’em Manager (it used to be a two-part process), then moved on to writing a number of articles and assisting with marketing efforts. Eventually I ended up co-owning the site with Jorryt.

Job description: Responsible for managing all Hendon Mob and GPI social media accounts, including YouTube, Facebook, Twitter, Twitch, and others. Beyond publicly engaging with members of the poker community on our platforms, I also handle private message and direct message requests from players, usually about updating results and photos in the database.

Favorite part of the job: I love interacting with poker fans and helping players and fans out. It feels good to provide them with a service and I like that when they reach out to our company they get a real person who responds to them quickly and efficiently. 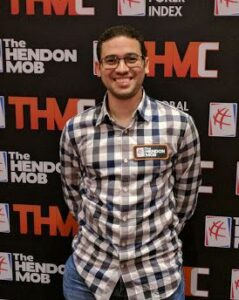 How I got into poker: I was watching the old British poker show Late Night Poker and saw the original Hendon Mobsters on TV. They did a few WSOP trips as well and appeared in televised segments there, too, which I enjoyed.

Joined Hendon Mob in: 2006. I’ve been with the company since back when the headquarters was actually in Hendon, where I still live, and have remained with them through the ownership transition.

Previous job(s): I used to work with my father and uncle in the family construction business.

Job description: Processing of results, schedules, pictures, and venue data. I’m responsible for support and customer service and sometimes help out with social media as well. During the acquisition back in 2013, Alex wanted people to stay on if possible, so at the time I helped pass the torch and facilitate the transition process.

Favorite part of the job: Helping out the poker community is great, but even more than that I love being able to work from home. I get to be a part of my kids’ lives, spend time with them, and watch them grow up. I’ve got a boy and a girl, aged 5 and 2, respectively.