For the Kids: Bernard Lee Gives Us All a Lesson in Charity

I had the good fortune of speaking with Bernard Lee this past week. My co-host, Bruce Briggs, and I were interviewing him as the special guest to appear on an episode of PokerNews’ Top Pair Home Game Poker Podcast. I won’t go into too much detail about our conversation, as that would obviously spoil the interview, but there is one topic in particular that stuck out to me from our discussion: the way Bernard spoke so passionately about his annual charity drive for homeless kids and families in the Boston area, where he lives. 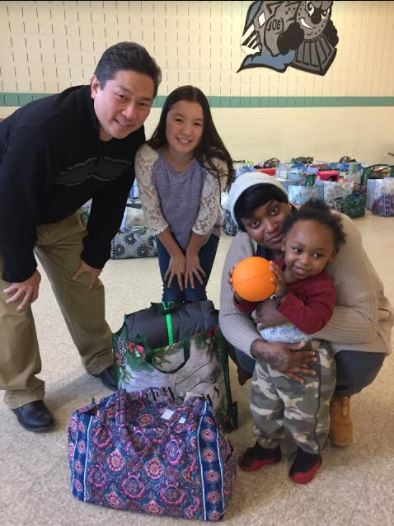 While Bernard has had a tremendous presence in the poker world for years, both as a player as well as a media personality, he’s been able to make an even greater impact on other people’s lives via his charitable endeavors. A number of writers have done a great job detailing Bernard’s work with Family Aid Boston for various other poker media outlets (e.g., please read the articles posted recently over at PokerNews, CardsChat, and PokerNewsDaily), so I won’t dedicate space here to recapping the bullet points. Suffice it to say that Bernard went well above and beyond any sort of “charitable call of duty” to bring joy and happiness to dozens of local children and families.

What I’d like to write about and praise greatly is the personal example that Bernard is setting for his children. See, this holiday initiative is something that Bernard has been doing for seven years now, each time involving his children in the process. Many of us choose to donate money to worthy organizations, and that’s absolutely wonderful, but charitable giving reaches another level and takes on a much deeper meaning when you devote your time, effort, and actual physical legwork to a cause.

Beyond the obvious financial generosity, according to Bernard’s estimate it took over 100 hours(!) to put together the packages for distribution during the charity drive. That means tons of driving around and shopping to gather all of the items needed to compile each individually unique package. All of those items then needed to be sorted to the correct packages, another huge time commitment. Of course there was then the distribution element, whereby he presented each package to the needy children and families. Clothing, toys, electronic devices, appliances, and other special gifts – you name it, it was in those packages; whatever it took to bring out the most genuine smiles from the recipients. And all the while, Bernard’s children were by his side.

As the father of three young children myself, I know all too well the importance of setting a personal example. Your children notice the things you do, both the big magnanimous gestures, as well as the nitty gritty details of the way you conduct yourself in everyday life. When you regularly come off as a beacon of positivity, they’ll notice. They’ll see how you react when approached for a charitable donation. Whether actively or passively, so long as they’re under your roof (and often well after that) they’re always paying attention to your attitude and the effort (or lack thereof) that you put into doing things.

So when Bernard’s children see him win a poker tournament, of course they’ll be smiling right along with him. When Bernard revels in the celebration of the 10th anniversary of his radio show, they’re also celebrating the fantastic milestone. When Maya and Noah Lee see that for their father it’s not enough to just cut a check, but rather that he puts his whole heart and soul into trying to make the holiday season special for those less fortunate, it’s a lesson that will stay with them for the rest of their lives, and one that they, too, will someday pass on to their children.

How wonderful that poker has been good to such a big-hearted individual like Bernard Lee. How lucky his children are to have such a role model in their lives. May all of us in the poker world also learn to set such a great example to those around us and to future generations.