In 2018, Muskan Sethi became India’s first ever female poker player to land a sponsorship, becoming a Team PokerStars Pro. Sethi is one of poker’s biggest advocates in India, trying to introduce, teach and change the perception of the game in her home country.

Sethi took the time to sit down with Cardplayer Lifestyle at the 2019 PokerStars European Poker Tour Barcelona to discuss her poker journey, motivation, and plans for the future. 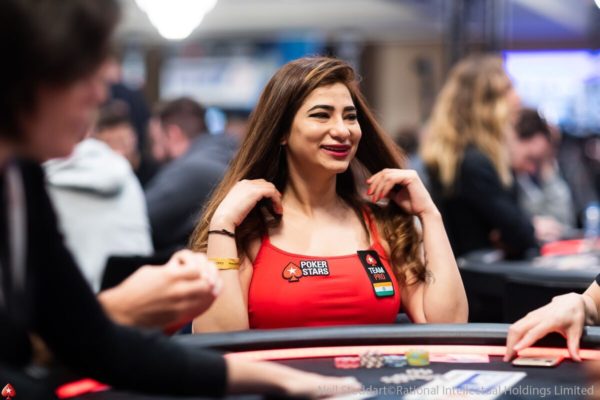 It’s been a little over a year since you became a Team PokerStars Pro. How have the past 18 months been for you?

They’ve been really satisfying. It’s a dream come true, yes, but it’s also a lot of responsibility. In India, because poker is just growing right now, there’s a lot of work to do. Imagine starting from scratch in a country with such a big population, and to many players. To make sure that everyone’s in a safe environment, and everyone’s playing responsibly. As a team pro, with the help of Pokerstars India, I’ve done a lot of things.

We met with the law community back in India, and I was addressing them, and it was just so nice because they were listening to me, they do agree that poker is a skill game. It does involve a percentage of chance. That’s why they are hesitant to give it the same respect as they do to cricket, because that involves physical attributes and achievements.

But in poker, they are mental achievements. And they need to be recognized in the same way. Like chess; it’s well-respected, but in India it’s not that famous. But it is well respected. We are working on making people understand that poker is actually a mind sport, and you can make money from it. So the first thing we’re working on is awareness. I’ve been doing a lot of projects, working with PokerStars poker schools. Twitch has been introduced in India, thanks to PokerStars. They were the first ones to have their team pros stream while they play.

It’s been amazing actually; I’m getting paid to do something I love. You know how it is, when you get your dream job; it’s no longer work. You love what you do, and you’re doing what you love.

I know what you mean about the dream job, when you get to do something that you love. That leads into my next question; I read that you have a quote you really like, “Make a life, not just a living.” What does that quote mean for you?

I’ve grown up with my mother, and I was raised by parents with really strong values. And they made me realize, even growing up at a really young age, that the things we do are much more than the material we collect over our life. I didn’t want to spend my life doing something that I’m not passionate about. I wanted to do something that I love. To be honest, poker gives me the freedom to give to charity, and to keep my mind racing all the time, and keep that sports person in me alive.

If I wasn’t a poker player; when I was younger I was very passionate about tennis, and I took up lawn tennis. And I broke my ligament in my main match. So when that happened, it was a big setback. I started painting; I was trying to find something interesting, creative. Something that makes my creative side satisfied and happy.

Poker does that for me. It’s sports with art. It’s an art, it’s a skill, it’s a sport, it’s a business. It’s everything in life you could ask for. 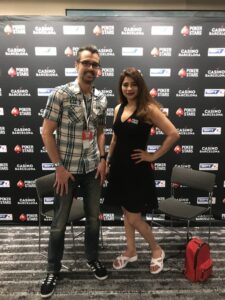 Muskan Sethi kindly made time during a busy day to chat with me, for Cardplayer Lifestyle.

You’ve talked about poker allowing you to donate to charity. What are some of your favorite charities?

I am a dog lover, I love animals, I have a very soft heart for them. I feel like we should stand up for those that can’t defend themselves. Especially animals; they can’t tell you to your face ‘please don’t treat me badly’. I’m also running a community in India called DoggyDoo, it’s actually a community for dogs. And it’s basically just all of the dog owners, they talk to each other, they help each other if they have any problems and they stay connected.

It’s just very organic. I’ve gotten a lot of offers to convert it into a commercial business, but I’ve never done that. It’s just a platform where you can communicate with each other if you have a problem. Like people come and questions like my dog has a rash, what do I do? So it’s like a community of people who have pets, but they also care about the stray animals. If there are any dogs for adoption, we put them up on that, or if someone has abandoned their dog somewhere.

What’s next for you, after EPT Barcelona?

I was traveling a lot over the past few months. And now I’m finally going back and I’m going to be streaming my online play on PokerStars from India and doing a lot of work.

I’m going to start coaching a few women as well. It’s just something I feel like I should now start. Just because they haven’t even started playing poker, so I’m going to have to start teaching them. If I don’t do it, I know they’ll never do it. I feel like it’s my responsibility to start pushing women in India. Not pushing, but just encouraging them. Making them realize that they can actually make a living, make a life, they can explore this. Why not? 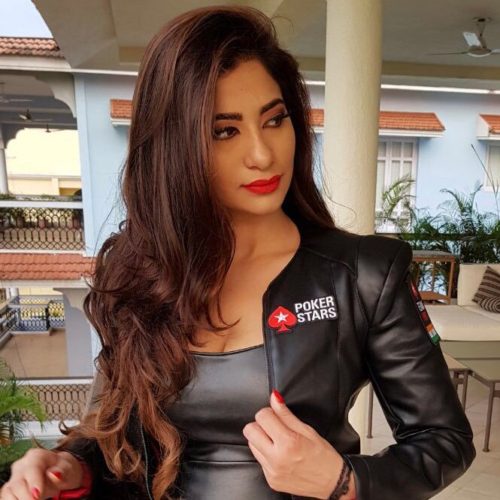